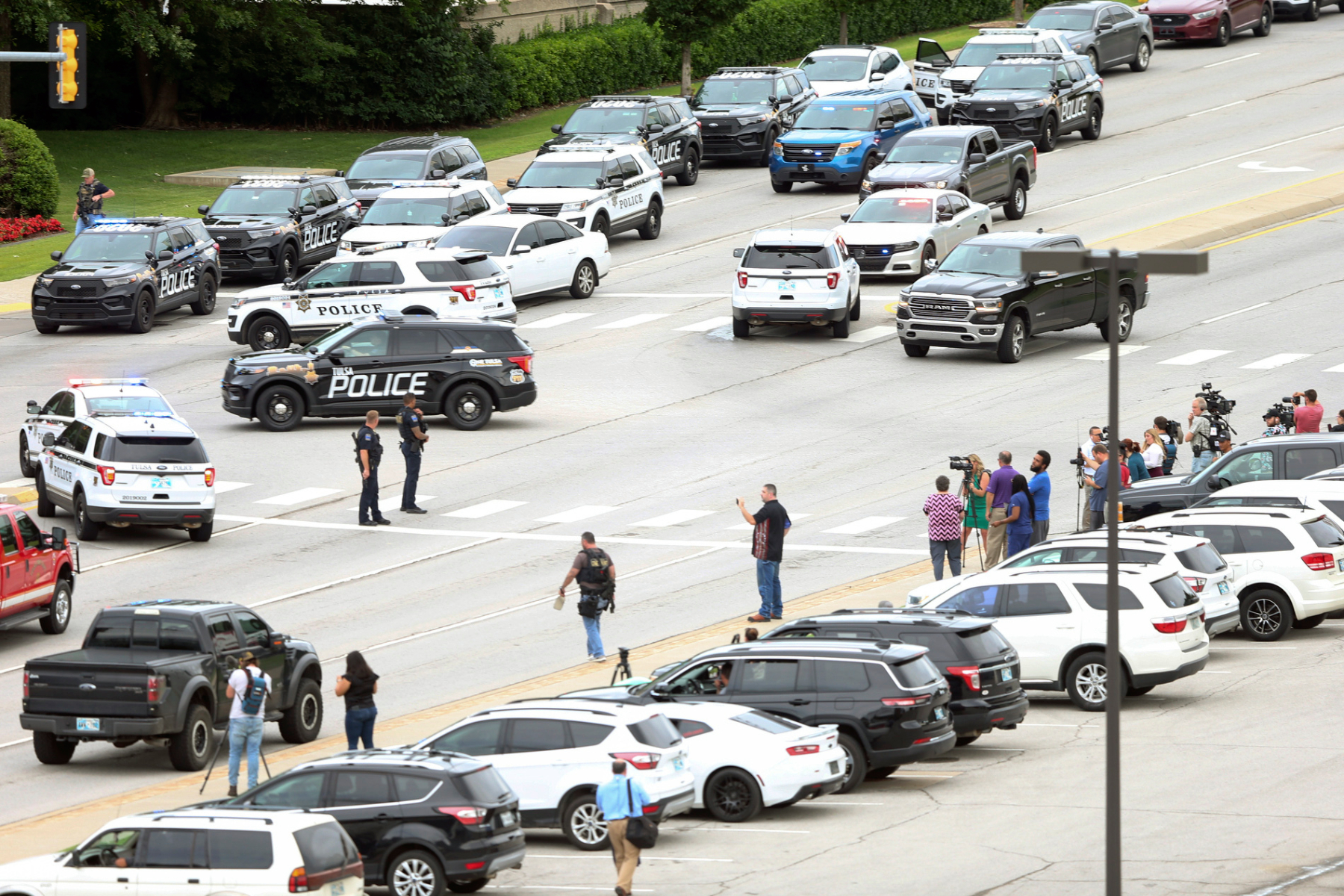 Four people are dead after authorities responded to a mass shooting incident at a Tulsa hospital campus Wednesday evening, according to police, marking the latest in a string of deadly gun-related incidents that left communities across America shaken with grief in recent weeks.

In a press conference, Tulsa Police Deputy Chief Eric Dalgleish told reporters that, in addition to the victims, the gunman — a Black man estimated to be between the ages of 35 to 40 years old — died of an apparent self-inflicted gunshot wound. Dalgleish revealed the shooter was armed with a handgun and a “long gun,” adding “both weapons, at one point or another, were fired.” Authorities are “still trying to confirm” the gunman’s identity, he said.

According to Dalgleish, Tulsa Police received a call at 4:52 p.m. reporting an active shooter at St. Francis Health System’s Natalie Medical Building, which houses an outpatient surgery center and a breast health center, according to the Associated Press. Officers arrived on the scene at 4:56 p.m. and “made contact” with the suspect on the building’s second floor at 5:01 p.m. and later “officially secured” the building, Dalgleish told reporters. One survivor, Dalgleish said, was found locked in a closet.

Dalgleish did not tell reporters about possible injured bystanders, only stating that no officers were harmed in the incident — however, Tulsa Police previously claimed there were “multiple injuries” in addition to the fatalities. Families were directed to a nearby school, which has been turned into a makeshift reunification point.

Wednesday’s shooting comes just eight days after 19 children and two teachers were killed by an 18-year-old gunman at an elementary school in Uvalde Texas and two weeks after 10 people were killed in a racially motivated shooting at a Buffalo supermarket. The recent Memorial Day weekend saw multiple mass shootings nationwide, even as single-death incidents accounted for most gun fatalities. The ongoing investigation into the Uvalde shooting, which found law enforcement waiting over an hour before confronting the gunman, has drawn outrage in recent days — even leading Tulsa mayor G. T. Bynum to pointedly express “profound gratitude” for the “broad range of first responders who did not hesitate today to respond to this act of violence” at Wednesday’s press conference.

This is a breaking news story and will be updated.