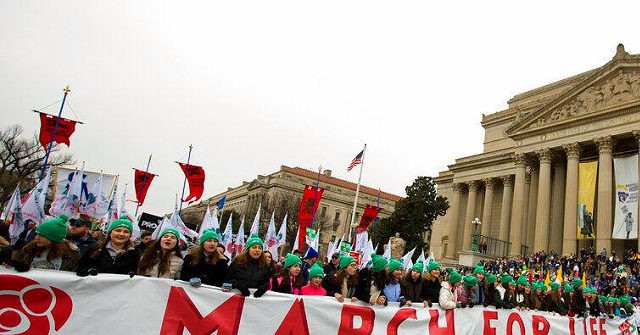 Washington, DC – The 49th annual March for Life rally and march on the grounds of the National Mall begins at 12:00 p.m. Eastern on Friday, January 21.

The March for Life is the world’s largest pro-life demonstration, drawing tens of thousands of Americans from across the nation for the rally and march to the U.S. Supreme Court.

The event has taken place annually since the Court’s 1973 decision in Roe v. Wade, which created a right to abortion.

Speakers at the rally this year will include actor and producer Kirk Cameron; Lisa Robertson of Duck Dynasty; Fr. Mike Schmitz, host of the Bible in a Year podcast; and George Schuberg, student speaker at Christendom College in Front Royal, Virginia.