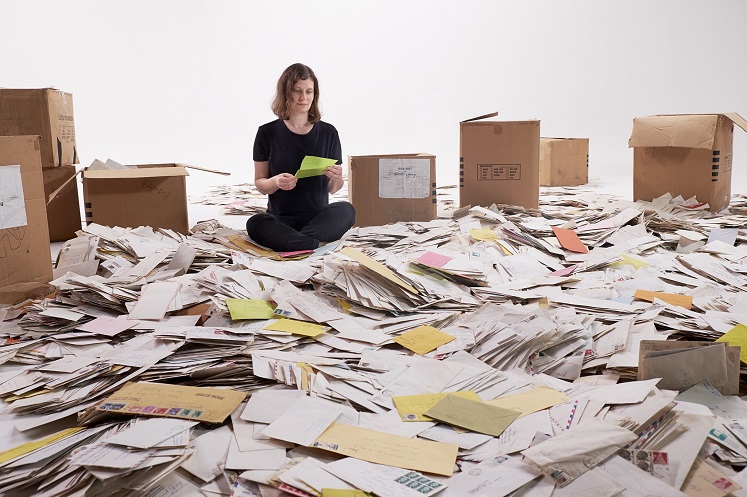 Long since forgotten amid the pop-culture zeitgeist of 1970, Michael Brody’s legacy was relegated to several boxes stashed in a storage closet inside the office of a Hollywood producer.

Their discovery led filmmaker Keith Maitland down a rabbit hole that resulted in Dear Mr. Brody, which won the best documentary award at last year’s Dallas International Film Festival among other festival plaudits.

The Plano native’s latest film will be released in select theaters and via digital platforms this weekend.

Brody was a hippie millionaire who was just 21 when rented a suburban New York mansion with his wife for the purpose of giving away his inherited fortune in small increments to whoever needed it. Peace for the price of a postage stamp, he called it. Yet despite his intentions, the resulting deluge of personal letters overwhelmed Brody and led to a tragic downward spiral.

More than four decades later, producer Melissa Glassman — who years earlier was a roommate of Maitland’s wife at NYU — was working for movie mogul Edward Pressman (producer of Wall Street).

“She discovered these 12 large boxes of letters — thousands and thousands of them — all postmarked January 1970, all made out to Michael Brody Jr., and all unopened,” Maitland said. “The letters are these beautiful, incredible little time capsules that had been unopened for almost 50 years.”

As it turns out, Pressman endeavored to produce a scripted biopic about Brody many years ago, which is why he had the letters, but the project never got off the ground.

Maitland saw a different angle. He wanted to track down some of the letter writers who appealed to Brody and shape his film around them.

“These incredible stories of want, desire, and need permeate the letters from every facet of life,” he said. “You couldn’t help but be impacted by these personal stories.”

From there, the filmmaker tracked down some of Brody’s family and friends, including his widow, who features prominently in bringing fresh perspective to the motives behind Brody’s philanthropic stunt.

“We needed Michael’s story to be the spine of the film and needed to uncover what really happened,” Maitland said. “It struck me as a psychedelic Brewster’s Millions, about a philanthropist who wants to spread the money around and do good, but the reality of trying to go on that journey is more than people can handle.”

Maitland’s structural approach also includes the use of animation — just like in key segments of his prior historical documentary, Tower (2015) — as well as re-enactments featuring Arlington actor Frank Mosley and others.

He started researching in 2017 and immersed himself in the project for the next three years. That included assembling a team to comb through the letters, and then trying to persuade those writers he located to share their stories.

“These letters serve as almost an ethnography of the state of the world in 1970, and when you step back, you realize that when you change the dollar requests, it’s a testament to the state of the world at any given time in modern history,” said Maitland, who lives in Austin. “Our goal was to capture on camera that moment of them reconnecting with their past. I don’t take that lightly. We’re respectful and sensitive.”

Meanwhile, Pressman has donated the remaining boxes of letters, thousands of which still haven’t been opened, to an archive at Columbia University.

While Brody was troubled and perhaps misunderstood, Maitland said the underlying message behind his ill-fated initiative still resonates.

“Stories like that inspire us to think bigger than ourselves and realize that the problems we have pale in comparison to so many other people,” he said. “Most of us will never have enough money to throw $20 bills out the window and watch them flutter to the ground below, like Brody did, but we can all find a way to connect with that bigger spirit and lift each other up.”