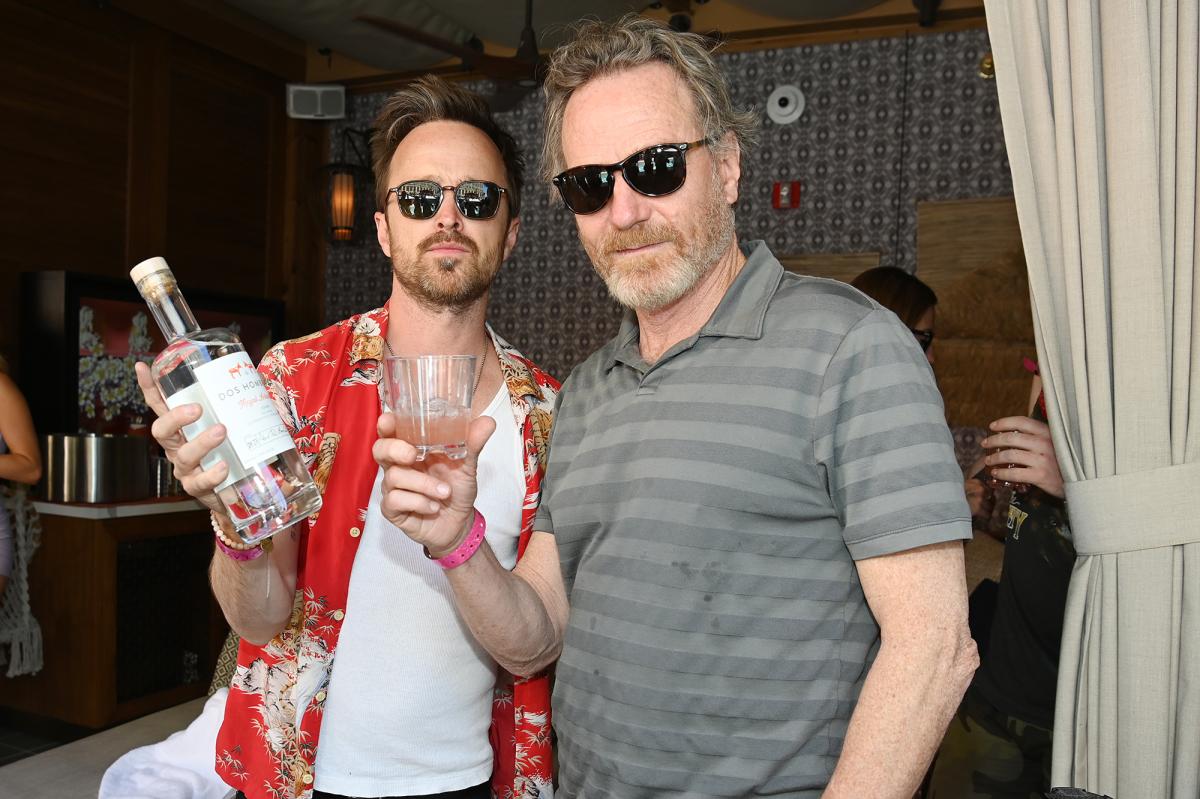 Aaron Paul is boasting that he can drink Bryan Cranston under the table!

As the “Breaking Bad” co-stars have their own mezcal line called Dos Hombres, its only right to know which of the two thespians is better at holding their liquor.

“Me for sure!” the actor joked when Page Six asked him just that at the Season 4 “Westworld” premiere on Tuesday night. “He’s such a lightweight!”

“No, we’re both pretty good, to be honest,” Paul added. “We’ve never seen each other in bad shape. You don’t want to get messy.”

Dos Hombres is now the fifth most popular mezcal in the world, with Paul explaining that the rich and smoky libation is not to be gulped down in shots.

“As they say in Wahaca, it’s sacrilegious to shoot mezcal,” he said. “You have to kiss the spirit, it’s a sipping spirit.”

Paul, 42, confessed that after wrapping up Emmy-winning “Breaking Bad” in 2013 he was worried about how he would ever top it.

“I always said it’s downhill from here, during the final season of ‘Breaking Bad’,” he revealed. “‘Breaking Bad’ was capturing lightning in a bottle, you never know what’s going to hit and that one really hit. The writers really nailed the landing when they wrapped up that show so it was hard and it feels very good to have a choice to be picky.”

He’s thrilled to be a part of “Westworld,” which he joined last season.

“We almost tried to make this happen in Season 1 after they shot the pilot,” he said. I nearly joined but the timing wasn’t right. I’m so happy they didn’t give up on me.”