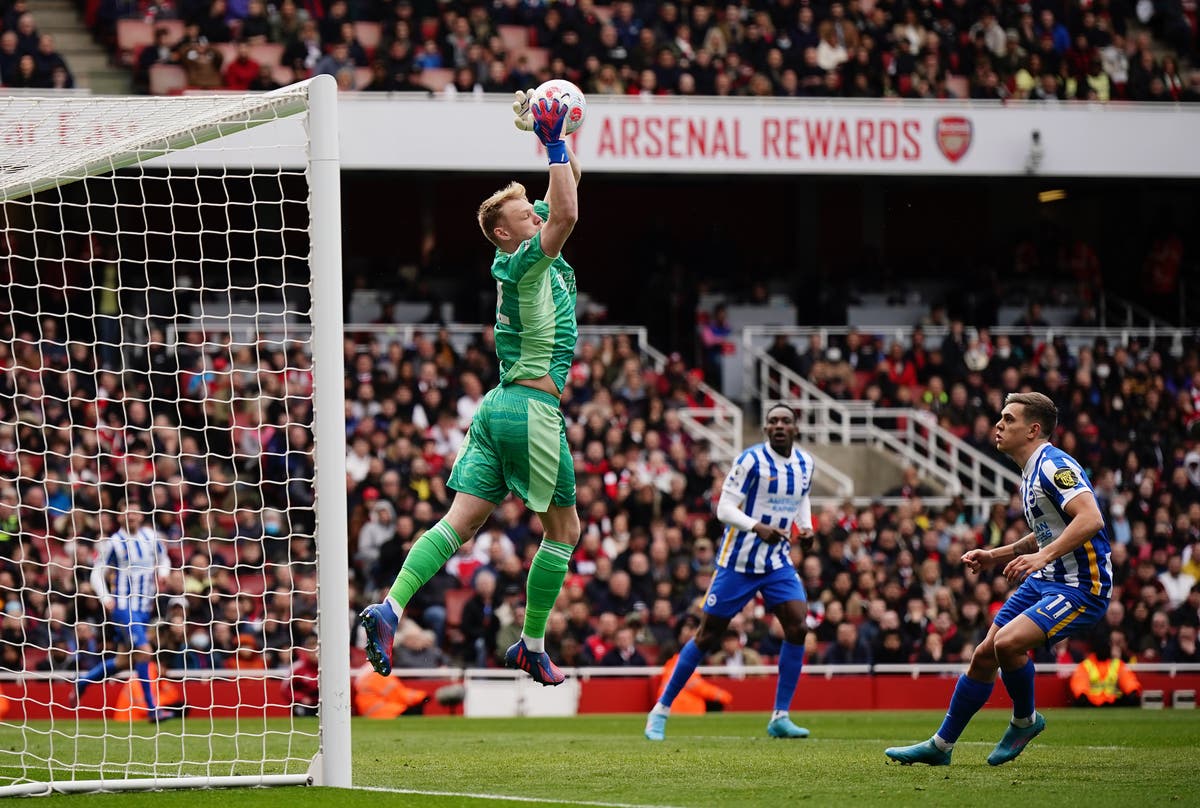 Aaron Ramsdale admits Arsenal were “not good enough” as they slipped to defeat at home to Brighton.

Enock Mwepu was the star of the show for the visitors, creating Leandro Trossard’s opener before his own fine strike doubled the lead. Martin Odegaard’s late consolation meant Brighton left with a deserved 2-1 win.

Arsenal were already reeling from defeat at Crystal Palace on Monday night and, with Kieran Tierney and Thomas Partey missing through injury, their small squad was exposed once more.

Gabriel Martinelli had a goal ruled out for offside but other than that Arsenal rarely threatened and they lost more ground in their hopes of returning to Champions League action.

Rivals Tottenham cantered to victory later on Saturday to move three points clear in fourth place with Ramsdale now targeting a return to form at Southampton next week.

“This was supposed to be the reaction game but it wasn’t,” he told Arsenal’s official website.

“We’ve lost and not managed to pick up any points and next week is even bigger.

“I think we just need to go out there and be free and play our game, you know?

“It’s a game of football and I think in the first half we were very tense and slow so we just need to go out there next week, trust what the manager and the coaching staff are saying and go and play our football, which we’ve done all season.

“It’s not good enough. Two games on the spin where the first 45 minutes has got away from us.

“You make it an uphill battle against any team in the Premier League if you’re losing at half-time.”

The victory was just a third league win of the calendar year for Brighton.

The Seagulls ended a run of six losses with a home draw to Norwich before taking all three points from the Emirates Stadium.

“I am so glad, we needed the three points after six loses and a draw,” said Mwepu.

“I think we have shown that we have the right mentality in the group to come to places like Arsenal and play like we did.

“We just want to continue in the final games like this, play well and win for the coach, who has shown a lot of confidence in us.

“We had a little joke in the dressing room before the game that I was going to score. I was delighted to take the chance, I hit it really well and it was wonderful to see it go into the net.”