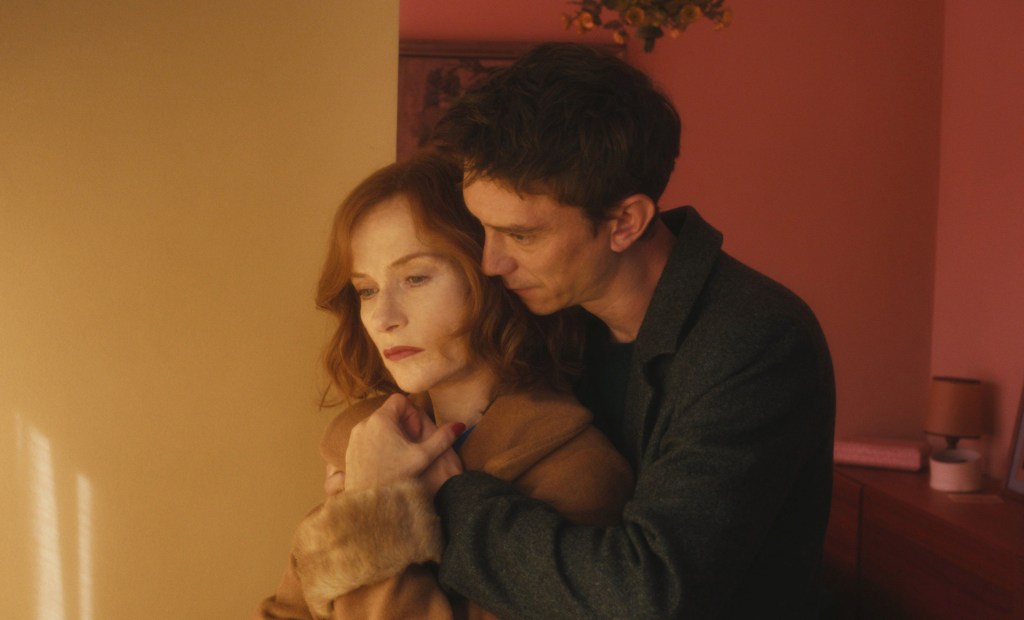 All great actresses of a certain age should get to anchor as many starring vehicles as the indefatigable Isabelle Huppert. Her prolific output and enduring marquee-name status are testament to French cinema’s continued interest in women past the age where Hollywood mostly confines them to secondary mom roles. But that doesn’t mean every project is going to be a gem, and “About Joan,” a muddled, maudlin character study that gives its leading lady plenty of screen time but little to actually do, sits at the least memorable end of her filmography. Starring Huppert as an independent, unmarried woman  reflecting on the various men she’s loved and lost over the course of four decades, it’s painless but aimless, sunk by a terminal lack of narrative vigor.

Premiering in Berlin’s non-competitive Berlinale Special section (and surely selected only as an event on which to pin the festival’s career achievement tribute to Huppert), “About Joan” is doubly disappointing as an overdue second feature from writer-director Laurent Larivière, whose flawed but auspicious debut “I Am a Soldier” premiered at Cannes in 2015. That film’s restrained, Dardennes-influenced social realism is little in evidence in this bitty, artificial melodrama, which has the feel of a film adapted from a more searching, interior-voiced novel — but turns out, somewhat surprisingly, to be a nominally original story. Distributor interest may be limited outside the film’s co-producing territories of France, Ireland and Germany, with the latter two somewhat inorganically shoehorned into proceedings on screen.

Indeed, the very first scene has Huppert’s unexpectedly named protagonist Joan Verra explaining her half-Irish provenance directly to camera, from behind the wheel of her car — a clumsy affectation of which the film soon, mercifully, tires. Newly retired from her well-paid publishing job in Paris, she is driving to her tranquil country estate, an idyll that nonetheless holds unhappy memories for her. As she reconnects with its creaking rooms and leafy grounds, a chequered past spills out in flashback, her nostalgic bent having recently been triggered by a chance encounter with Irishman Doug (Stanley Townsend), a former lover from time spent working as an au pair in Ireland in the 1970s.

We drift back to those rowdy, Guinness-fueled days, with the young, besotted Joan (Freya Mavor) pulled into petty criminality by expert pickpocket Doug (Éanna Hardwicke) — a walk on the wild side that eventually sees her arrested, deported and pregnant. Thus estranged from the oblivious Doug, she raises son Nathan (played as a child by Dimitri Doré and Louis Broust) on her own, supported only by her father James (Fabrice Scott) after her flighty mother Madeleine (Florence Loiret Caille) abandons her family to chase her dreams in Japan with a martial arts guru. This sideline in overt whimsy — extending to a vision of Madeleine’s tentacle-fetish fantasies — sits oddly with the film’s otherwise plodding seriousness of intent.

Eventually Joan finds some success as an editor of literary fiction, though the film offers little detail of her career trajectory, or indeed of how a single mother in publishing managed to buy herself a country pad well before middle age. We do, however, dwell significantly on her on-again, off-again romance with acclaimed author and alcoholic Tim (Lars Eidinger, overdoing things somewhat), who’s ultimately positioned as the great love of her life — though the amusingly prickly chemistry between Huppert and Eidinger doesn’t really suggest as much. In the present day, the reclusive, ruminative Joan is visited by the adult Nathan (Swann Arlaud), though his presence does little but remind her of past maternal failings, building to a grand revelation that prompts more questions about Joan than it answers.

Sometimes wilful and sometimes watery, this wavering character doesn’t give Huppert a whole lot to hold onto, though the grace notes of her physical and vocal delivery — a cigarette quiveringly tipped just so in response to bad news, a moue of impatient distaste for a slow-walking companion — give “About Joan” what incidental pleasures it has. Her civil but witheringly passive-aggressive dismissal of one of Tim’s manuscripts, meanwhile, makes for the film’s single funniest scene. It’s hard to imagine that Larivière and François Decodts’ exceedingly mild, shapeless script would have passed muster on its own protagonist’s acerbic editorial watch.