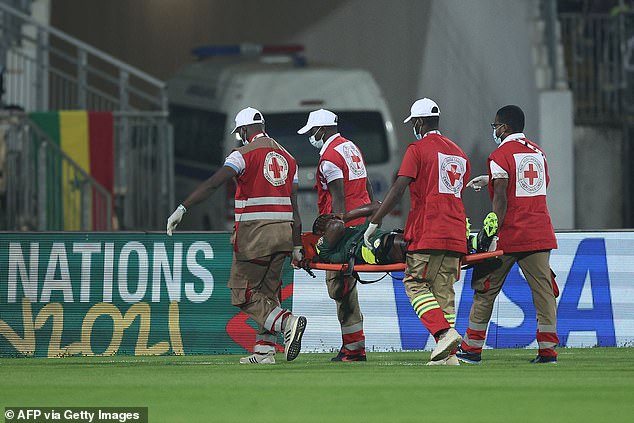 By Kieran Gill for the Daily Mail

There was more concussion controversy involving Senegal at AFCON last night as a clash of heads saw Leicester’s Nampalys Mendy stretched off – before he returned to the pitch to play on.

The midfielder collided with Burkina Faso’s Cyrille Bayala inside three minutes and stayed down on the ground.

Mendy’s team-mate Abdou Diallo signalled to the Senegal bench to say he needed substituting and the 29-year-old was carried to the sidelines by medical staff.

Yet Mendy was determined to continue and deemed free from concussion after being checked – though the Leicester man was seen holding an ice pack to his head during a stoppage in play in the 32nd minute.

Mane was a concussion substitute against Cape Verde then started their next match against Equitorial Guinea five days later – a match Liverpool were not pleased to see their man to play. Mane also started last night.