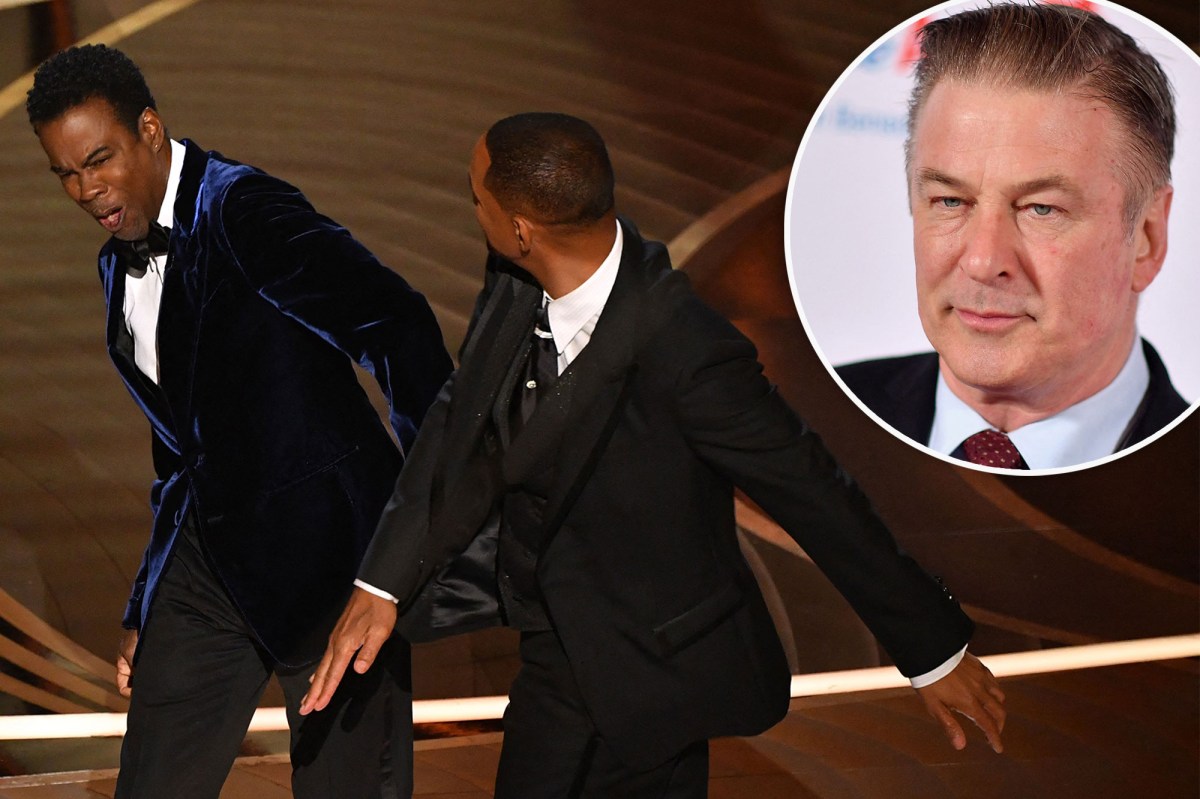 Alec Baldwin compared the Oscars 2022 to the “The Jerry Springer Show” while tweeting his support for Chris Rock.

“I am not reading much about how, or even if, the producers attended to Chris,” Baldwin wrote on Monday about the comedian being slapped onstage by Will Smith for making a joke about his wife.

“But I love you, @chrisrock,” added the actor. “And I’m sorry the Oscars turned into the Jerry Springer show.”

During film’s biggest night, Smith rushed the stage and socked Rock for making a bald joke about his wife, Jada Pinkett Smith, who suffers from alopecia.

The actor then returned to his seat and twice shouted at the comedian to “keep my wife’s name out of your f–king mouth.”

Rock was visibly shaken but tried to keep the evening on track — so much so that half the internet was convinced the slap was scripted.

ABC executive Rob Mills — who was sitting in the Oscars production trailer with showrunners at the time — confirmed that the quip was ad-libbed and the slap was real.

Mills told Variety it was not until the team heard curse words that they realized the severity of the situation.

“You started to realize this is real once Chris, who certainly knows the limits of broadcast standards, said, ‘Will Smith slapped the s–t out of me,’” he explained. “That’s when it became obvious that this was not a joke.”

Mills said that if the show had been pre-taped, “we would have stopped down. Things would have been addressed. But here, you have to remember you’ve got a show to do. Obviously this was something that was unfortunate, but it was not to a degree that you think, ‘OK, we need to just stop the entire show.’ And the show just kind of went on.”

The Academy has since launched a “formal review” into the incident and will “explore further action and consequences in accordance with our Bylaws, Standards of Conduct and California law.”

Moments after the debacle, Smith won Best Actor for his role in “King Richard,” a biographical film in which he played Venus and Serena’s father, Richard Williams.

During his acceptance speech, he apologized to everyone except Rock. On Monday afternoon, however, Smith took to social media to apologize to Rock for his “unacceptable” and “embarrassing” actions.

Ironically, Baldwin knows a thing or two about coming to his wife’s defense. The actor took to Instagram in December 2020 to defend his wife Hilaria Baldwin from online hate after it was revealed her real name was Hillary and she was born in Boston, not Spain.

And while no punches were thrown, Baldwin settled a lawsuit earlier this year stemming from a scuffle over a parking space in 2018.