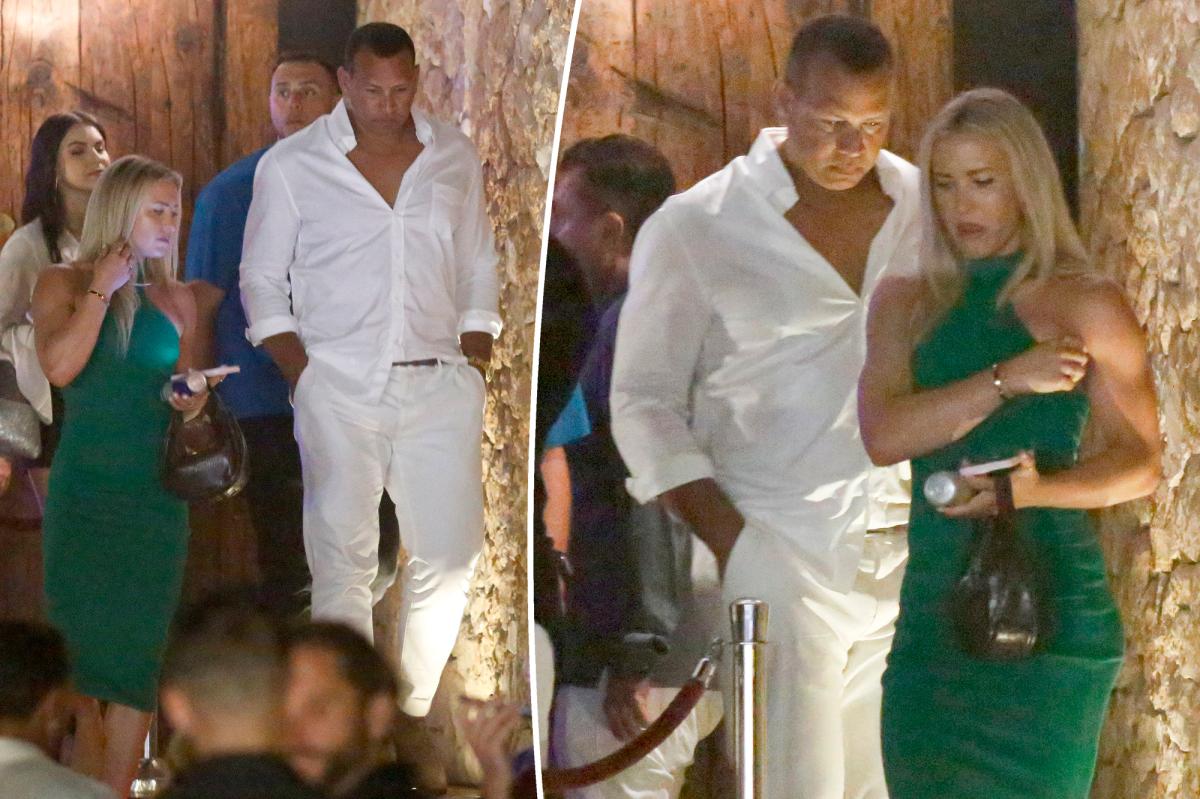 Alex Rodriguez and his much younger girlfriend Kathryne Pagett were seen leaving a nightclub in the wee hours of the morning in Ibiza, Spain on Tuesday

Rodriguez, 46, and Pagett, 25, were photographed leaving the Lío, a cabaret restaurant and nightclub, side by side looking rather exhausted as they made their exit from the hotspot.

Meanwhile, Pagett showed off her fit frame in a tight green midi dress that showed off her toned shoulders. She accessorized with a black handbag and was seen clutching onto what appeared to be an energy drink.

This isn’t the first time the pair have hit the club scene together. Last week, Page Six reported that A-Rod was spotted smooching Padgett on the dance floor while partying at Taverna Anema e Core in Capri, Italy.

Sources told us at the time that the former baseball slugger was still “a single dude.”

But things seem to be getting more and more serious for the pair, who have been linked since January when they were seen cozying up to each other at a Green Bay Packers playoff game at Lambeau Field in Wisconsin.

They’ve since been seen at several sporting events together, one of which we were told Pagett was “way more touchy” than Rodriguez, and even enjoyed a workout together in April as well as a Machine Gun Kelly concert.

And Rodriguez made his feelings for Pagett clear when he lusted over her on Instagram after she posted a bikini photo from their Italian yacht excursion. Rodriguez took to the comments section with three fire emojis.

The “Back in the Game” alum shares his two daughters — Natasha, 17 and Ella, 14 —with ex-wife Cynthia Scurtis. His kids recently joined up with him during his luxurious yacht vacation, though it’s unclear if they have met Pagett.

He was previously engaged to Jennifer Lopez, but they called things off amid cheating rumors in March 2021.

The “Let’s Get Loud” singer, 52, is now engaged to Ben Affleck for the second time.