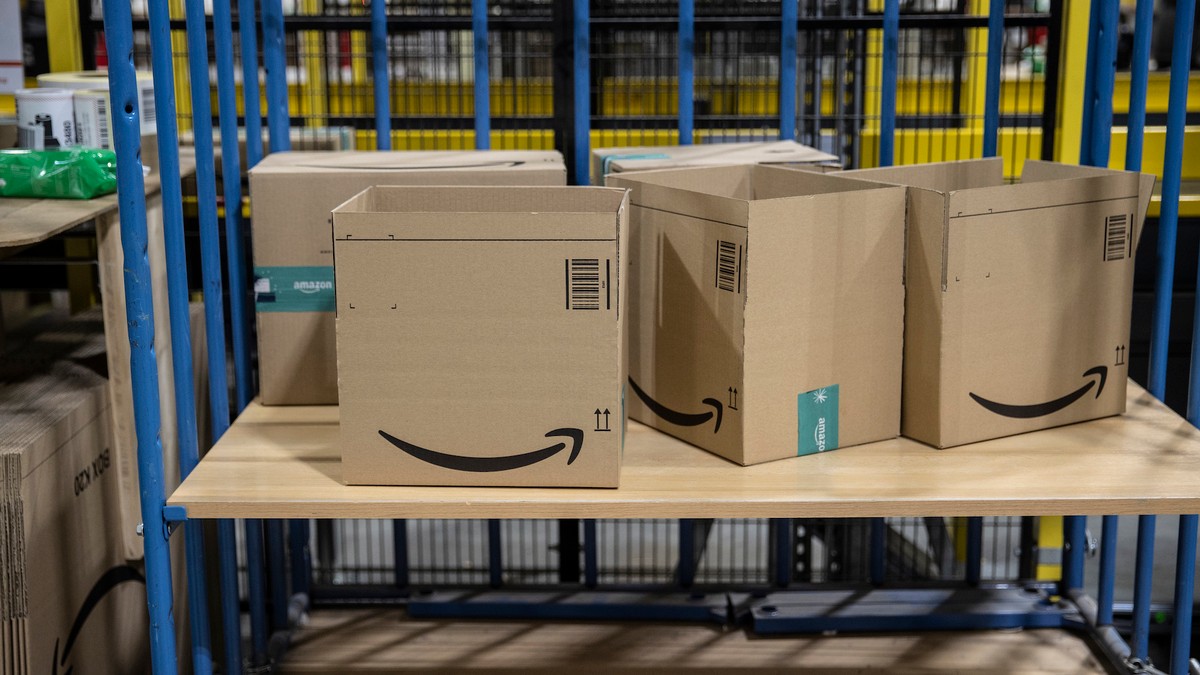 An Amazon union avoidance official told employees at JFK8, Amazon’s largest New York City warehouse, that if they unionize, certain workers could see their salaries reduced to minimum wage, or that negotiations could start with minimum wage as a baseline, according to leaked audio from the mandatory anti-union meeting that took place on Wednesday and was obtained by Motherboard.

An employee interrupts and asks, “so wait, you’re saying we could end up with worse, what does that mean?”

“There are no guarantees as to what would happen, right? … We can’t make any promises things will get better or stay the same. They could get worse. We can’t promise what’s going to happen. Amazon can’t promise you that they’re going to walk into negotiations and that the negotiations will start from the same [pay and benefits workers have already],” the union avoidance official says. “They could start from minimum wage for instance. I don’t think that will happen, but it’s a possibility.”

“So you’re saying that Amazon’s gonna say …” the worker responds.

“I just said I’m not saying that,” the Amazon official said.

“So why put that out there?,” the worker says.

“Three takeaways you can reflect upon…,” she says, changing the subject.

Much of the tenor of the 14-minute meeting, held at Amazon’s Staten Island warehouse that is currently trying to unionize, was like this, with Amazon’s representative stressing that the election has “significant and binding consequences not just for yourselves but for future associates, your coworkers, and potentially for your family.” The subtext of the entire speech was that things could very possibly become worse for workers if they unionize, and that they should think very, very hard before voting to do so.

“You will be liable to pay union dues or another representation fee. Everyone is liable to pay those union fees. You can’t opt out, and everyone will have to follow what’s negotiated even if you don’t like what’s in it. So, electing a union is not like trying out a Netflix subscription for 30 days,” she said. “It’s very difficult to unelect a union once you’ve elected them.”

“The [union avoidance consultant] makes the threat and tries to walk it back but once you’ve poisoned the well you can’t take it back,” said Frank Kearl, an attorney representing worker activists at JFK8, referring to the consultant’s suggestion that workers could see their wages decline if they unionize. “Even though she realized she made a mistake in making the threat, it doesn’t mean the threat wasn’t made and heard by all the workers who were forced to sit in on that session. It’s against the law and an unfair labor practice to make a threat of reprisal.”

Under the National Labor Relations Act, it is illegal for employers to prevent, interfere with, or retaliate against workers who organize to form unions. According to the Economic Policy Institute, unionized workers covered by a collective bargaining agreement earn 10.2 percent more than non-unionized workers in the same sectors.

On Wednesday, Amazon and the Amazon Labor Union reached a tentative stipulated agreement for the terms of a union election that will be held at JFK8. According to a text message sent to all workers at the facility on Wednesday and obtained by Motherboard, the election will be held in-person at JFK8 on March 25 through March 30. It will be the first election at an Amazon warehouse in the state of New York, and the second election at an Amazon warehouse in U.S. history.

Amazon Labor Union is an independent union that was formed last year at Amazon’s facilities in Staten Island after the defeat of a union in an election at an Amazon warehouse in Bessemer, Alabama. The union is led by fired worker activist Chris Smalls and other warehouse workers at JFK8, which employs roughly 9,000 workers, according to a roster obtained by Motherboard in January. In January, the union collected enough signatures to qualify for a NLRB union election. ALU also petitioned last month for an election at a second neighboring warehouse, known as LBJ5.

In addition to holding weekly mandatory anti-union meetings, Amazon representatives at JFK8 have pulled workers aside to interrogate them about their union activities, surveilled them, barred them from distributing union literature, confiscated literature, and referred to union organizers as “thugs,” according to a federal complaint filed in late January.

Amazon did not immediately respond to a request for comment.