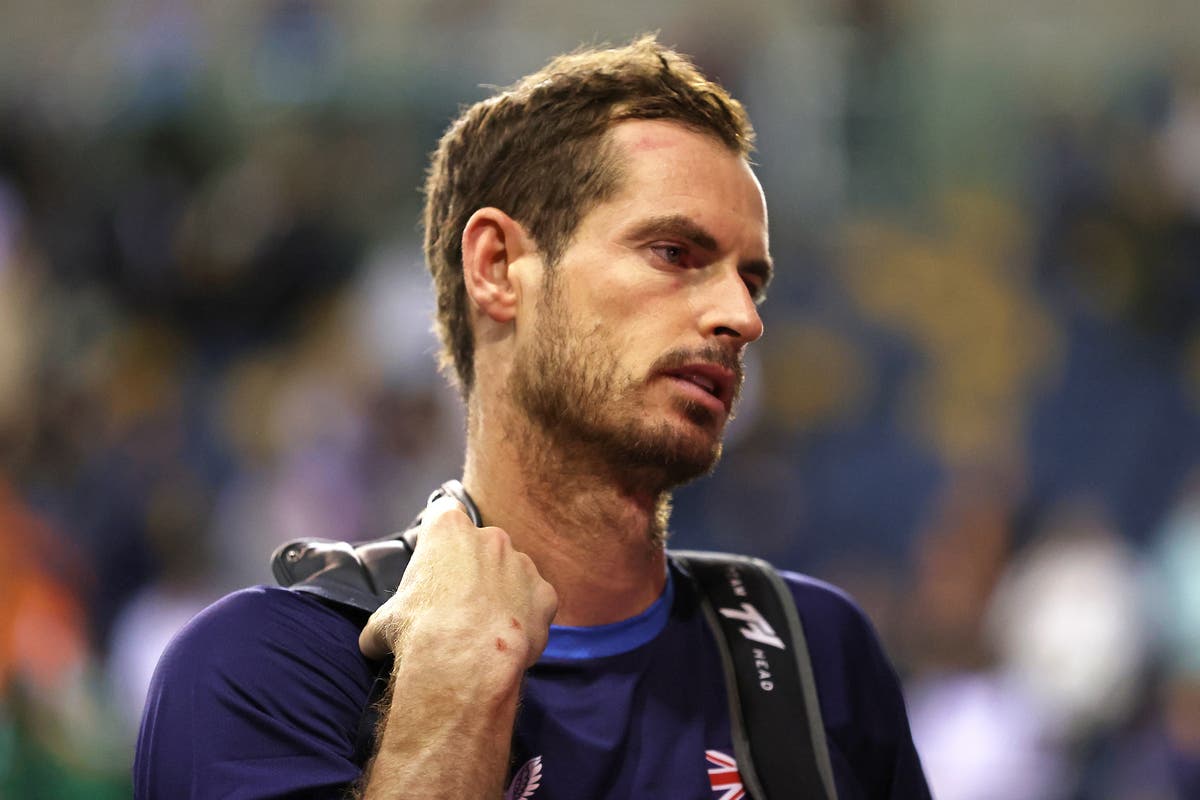 A downcast Andy Murray admitted he does not know how many more Davis Cup chances he has left after Great Britain crashed out of the competition with defeat by the Netherlands in Glasgow.

A loss to the USA on Wednesday had left Britain needing to beat the Dutch and probably Kazakhstan as well, but Sunday’s contest at the Emirates Arena will now be a meaningless match after Murray and Joe Salisbury again came out on the wrong side of a dramatic deciding doubles rubber.

Murray and Salisbury saved a match point in the second set against Wesley Koolhof and Matwe Middelkoop to keep their hopes alive, but the Scot then netted a return on a break point at 3-3 in the deciding set and the British pair lost the last 10 points in a 7-6 (0) 6-7 (6) 6-3 defeat.

Murray, playing in his 50th Davis Cup rubber, said: “Obviously I would love to have the return back at 3-3 and break point. I hit the tape. I hit a pretty clean return but should have maybe not hit it as big.

“We got off to an amazing start in the first set and probably could have gone up a couple of breaks. And they are the moments you look back on.

“It just sucks because these matches have come down to a few points and they’ve not gone our way. I have been fortunate to play a lot of these matches over the years and come through them.

“That hasn’t happened this time around and I feel sad about that, because I think we had the possibility to have a really good run here.

“Obviously when you get to my age and this stage of your career, I don’t know how many opportunities I’ll get to still be part of this team. We’ve got obviously a lot of depth now in the singles and the doubles.

“Because of that, it makes it tougher. We had a great atmosphere out there again today. I loved all of the chances I got to play here. It just wasn’t to be this week.”

Murray was again given the nod over Neal Skupski, who is ranked third in the world in doubles and reached the US Open final with Koolhof last week.

Captain Leon Smith has never had greater strength in depth at his disposal, but with that come selection dilemmas and he will need to reflect on what is the most disappointing week of his long and highly successful captaincy, particularly given Britain’s home advantage.

Murray said: “I’m thinking the same thing right now, should I have played or should Neal have played or whatever, and it’s easy to think all those things.”

Smith insisted he had no regrets, though, saying: “We came in with some thoughts, and we stuck with that. The matches that we lost to the USA were really good matches, high-level matches.

“We felt that everyone was in still a good place and playing well enough to win today. It just hasn’t worked out that way. You win that match and people say it was a good selection day again.”

Instead it is the Dutch, with their small band of orange-clad supporters, and the Americans who can celebrate their progress to the last-eight shoot-out in Malaga in November after two wins each from their first two matches.

Britain made the perfect start when Dan Evans defeated Tallon Griekspoor 6-4 6-4, but Cameron Norrie then produced a poor display to go down 6-4 6-2 to Botic van de Zandschulp.

Norrie said: “He was better than me. I just gifted him two service games. He didn’t really have to do much to break me in the end. That’s not a player that’s of my ranking, and that’s me on a really bad day.”

Evans, who lost a high-quality clash with the US’s Tommy Paul, did not have things all his own way against Griekspoor but played a very solid match, breaking serve once in each set.

The British number two said: “It was a good match. I played well. More of a match of just focus to get through really, to get a win.”

Britain are due to host a group stage for the next four years, but only if they qualify among the best 16 nations, which is likely to mean winning a play-off early in 2023 for they surely cannot expect another wild card.

Elsewhere, Carlos Alcaraz’s first match as world number one in Spain’s tie against Canada in Valencia ended in a three-set loss to Felix Auger-Aliassime.

The 19-year-old kept his commitment to play on home soil despite only winning his first grand slam title at the US Open five days ago.

Australia and Germany progressed in Hamburg thanks to the hosts’ victory over Belgium, while Italy are in pole position in Group A after beating Argentina.