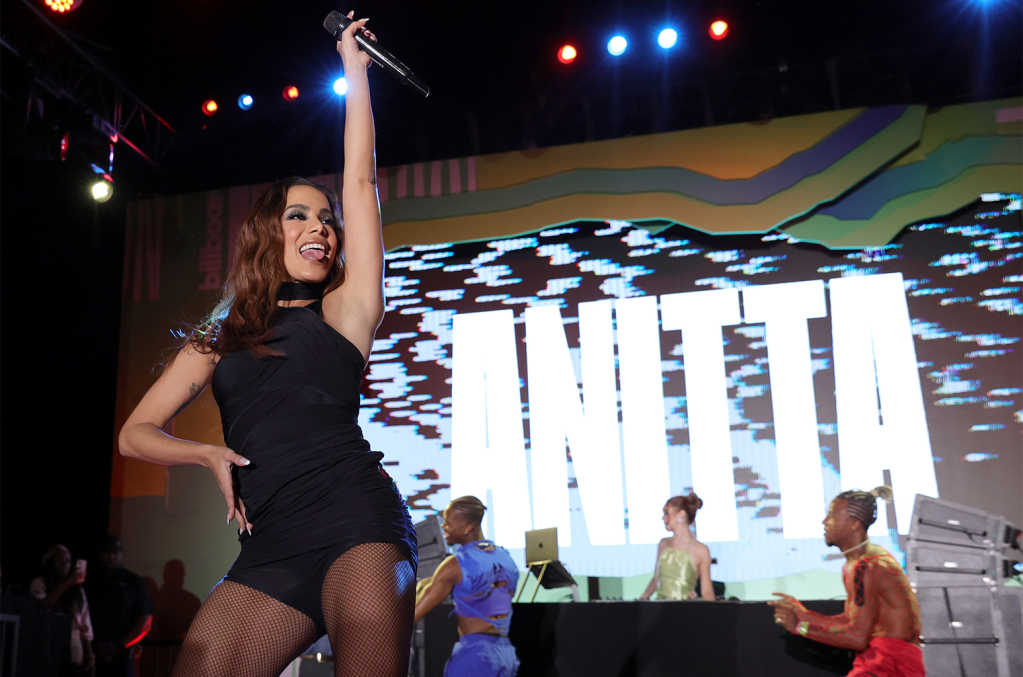 One thing was clear during the first night of MusicCon’s performances: booty-shaking dance-offs would take center stage thanks to Anitta and Shenseea, who gave a masterclass in twerking during their showcases on Friday night (May 13).

Before Anitta jumped onstage at Las Vegas’ Area 15, Jamaican artist Shenseea warmed up the crowd with a friendly dance battle that featured concertgoers who were brave enough to go up onstage and show their best dance moves. After a winner was crowned, Shenseea closed her set with “Blessed” to celebrate life.

Minutes later, Anitta appeared in front of a crowd that included fans who were ready to match the Brazilian star’s energy. “Hello, Vegas!” Anitta greeted the crowd gathered to see her perform. Wearing a tight black dress paired with knee-high black boots, Anitta opened her one hour set with “Gata” off her latest album Versions of Me.

Then it was back-to-back hits. She sang “Faking Love,” “Me Gusta,” “Onda Diferente,” “Machika,” “Downtown,” “Girl From Rio,” “Boys Don’t Cry,” “Vai Malandra” and, of course, her Billboard Global 200 Excl. U.S. No. 1 hit “Envolver.” As if on cue, her fans got down to show off their expertise in the “Envolver” TikTok dance challenge, which involves bending over, executing a slow-motion pushup and gyrating your hips while holding a plank position. Performing a scaled-down version of her Coachella set, Anitta also called for a funk battle, letting her dancers take the spotlight and showcase their best dance moves.

Before ending the show, Anitta did an encore performance of “Envolver” and still left fans wanting more. As they walked out of the venue, the crowd sang the lyrics to the cheeky reggeaton track.

Prior to her MusicCon performance, Anitta spoke at length about her long journey to stardom during a panel titled “From Brazil to the World.” She also talked about the significance of performing at Coachella, finding the perfect balance between being an artist and a businesswoman and the biggest lesson learned so far in her career.