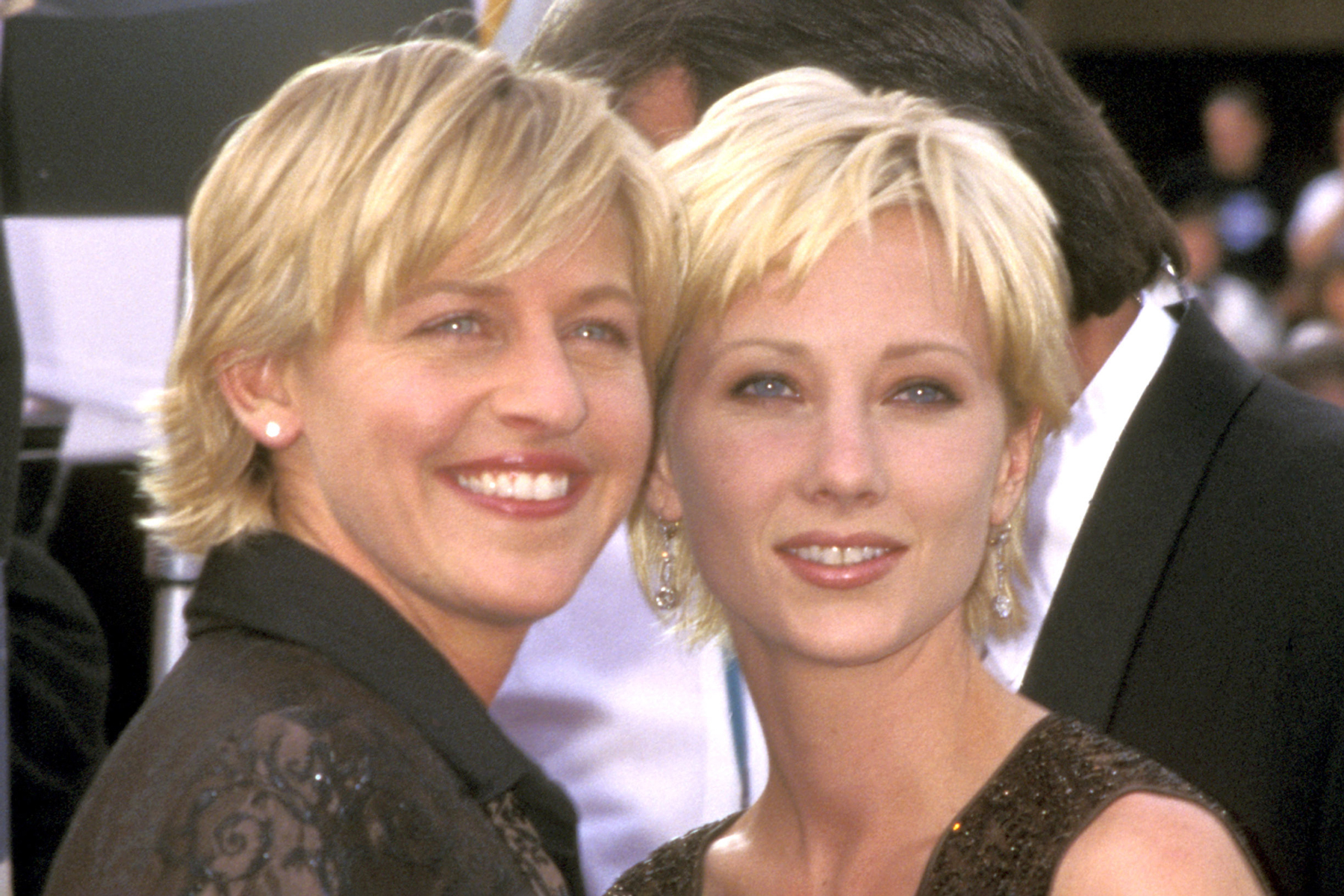 In March of 1997, Anne Heche and Ellen DeGeneres were a happy couple in the flushes of new love. But when Heche wanted to bring her girlfriend to her upcoming movie premiere — the disaster thriller Volcano, in which Heche was starring opposite Tommy Lee Jones — 20th Century Fox, she later claimed, said no. “I was told if I took Ellen I would lose my Fox contract,” Heche said in 2020, during an appearance as a contestant on Dancing With the Stars. She brought DeGeneres anyway — and said security escorted her out of the theater before the end of the movie. “I was told I was not allowed to go to the afterparty for fear they would get a picture of me with a woman.” Heche said that was the beginning of her career taking a nosedive, all because she wanted to love who she loved.

Although the Nineties may not feel that far away (to some of us, anyway), we are worlds removed from that era, culturally. Today when stars come out as gay, they’re as likely to be embraced in the mainstream as they are vilified. At the time of the Volcano premiere, however, gay marriage was still more than a decade from being codified in the Constitution, and when celebrities’ sexualities were discussed, it was more in rumors and whispers than open conversation.

When Heche, who died Friday at age 53 after a car crash that left her in a coma, came out 25 years ago, she was as part of one of the first high-profile gay couples pop culture had ever seen. Many people believed the relationship was a publicity stunt. But by going to events, attending parties, appearing on Oprah Winfrey’s show alongside DeGeneres (although Heche later soured on both women), and generally being highly visible in a gay couple, Heche helped pave the way for LGBTQ stars in Hollywood.

In the media, the immediate reaction to Heche’s coming-out was pearl-clutchy, at best. “Problem for Hollywood: DeGeneres’s Companion” read the New York Times headline on an April 1997 article that fretted over whether film executives could accept gay actors being cast in heterosexual movie roles. DeGeneres’ status as a TV star came with consequences — an Alabama ABC affiliate said it would not air the episode of her sitcom at the time, Ellen, where her character came out — but Heche was a movie star. And at that time, movie stars who were gay were expected to keep it quiet, no exceptions.

After all, Heche was starring opposite Tommy Lee Jones in Volcano, as the Times story helpfully underscored. ”There has not been a case in time where somebody has been this public about having a lesbian affair and asking us — and the public — to accept them as a female romantic lead,” one powerful Hollywood agent told the paper. ”It’s an important test case.” Heche probably would not lose her role starring opposite Harrison Ford in the upcoming Six Days Seven Nights, the article said. But all that publicity surrounding the “lesbian affair” apparently gave Hollywood bigwigs a lot to ponder.

Other outlets at the time suggested women coming out were being trendy, or even opportunistic. “Is show business in the grip of lesbian chic?” asked a Baltimore Sun headline about the couple. “If last season’s must-have was a baby, this season it’s a girlfriend,” said an article in The Independent headlined “Oh, the Lesbian Chic of it All.” The piece outlined what the author described as “the growing acceptance of lesbianism,” citing several examples of celebrity girl-on-girl attraction (Ginger Spice had admitted she fancied Posh Spice, gasp!) and presenting DeGeneres, with her rising-star “lover” Heche, as the leaders of the pack. One New York Post article pegged to the public kerfuffle cited a study suggesting gay women made more money then their hetero counterparts. In a true sign of the times, some outlets even went after Heche’s looks. “Never mind another woman. Ellen is dating a hideously dressed conehead” sniped a 1998 piece in Toronto’s National Post.

Much of the media seemed to think Heche — who always maintained she would fall in love with a person, not their gender, and would later go on to marry and have children with a man — and DeGeneres were “doing it for the publicity.” Though at the time, it was nearly impossible to be in a famous gay couple without drawing a shit-ton of attention. The Washington Post covered the pair’s attendance at the White House Correspondents dinner a few days after the Volcano premiere, and called them “the couple of the evening,” with no small dose of snark. DeGeneres, the author wrote, “made quite the show of strolling about the evening’s pre- and post-dinner parties in various states of attachment to Heche.” The author also observed how the press glommed onto the couple’s every interaction, including when a photographer burst into a room where they were relaxing and shouted, “She’s rubbing her back!” while snapping photo after photo.

Even fellow members of the LGBTQ community questioned DeGeneres and Heche’s motivations in being so publicly gay. In a New York Magazine interview, Sandra Bernhard, who was out and already considered a “reluctant lesbian icon,” according to the article, called Heche’s relationship with DeGeneres “schtick.” “I think they’re targets for every imaginable kind of hatred, and who wants to expose yourself to that?” she said.

Heche and DeGeneres met at the Vanity Fair Oscars party in March 1997. DeGeneres’ Time cover story with the now-iconic headline “Yep, I’m Gay” came out shortly after that — and just days before the Volcano premiere. Yet despite accusations that they were doing nothing more than courting attention, they stayed together for three years.

The relationship soured, as relationships do. In 2021, Heche spoke on her podcast, saying they’d split up because DeGeneres was more interested in making money than finding love. She also accused Oprah of partnering with DeGeneres to cut her out of a talk-show episode commemorating the 20th anniversary of DeGeneres’ coming-out. (After Heche’s death, DeGeneres tweeted, “This is a sad day. I’m sending Anne’s children, family and friends all of my love.”)

Heche suggested on multiple occasions that the backlash to the relationship negatively impacted her career. She did lose her contract with 20th Century Fox after the Volcano premiere, she claimed. “The stigma attached to that relationship was so bad that I was fired from my multimillion-dollar picture deal and I did not work in a studio picture for 10 years,” she said in multiple interviews, including on Dancing With the Stars.

Still, in a 2020 interview with Mr. Warburton magazine, Heche stood by her choices. “I am proud that I took a stand early in my life for LGBTQ rights,” she said. “I would do it again, even knowing its consequences on my career.”