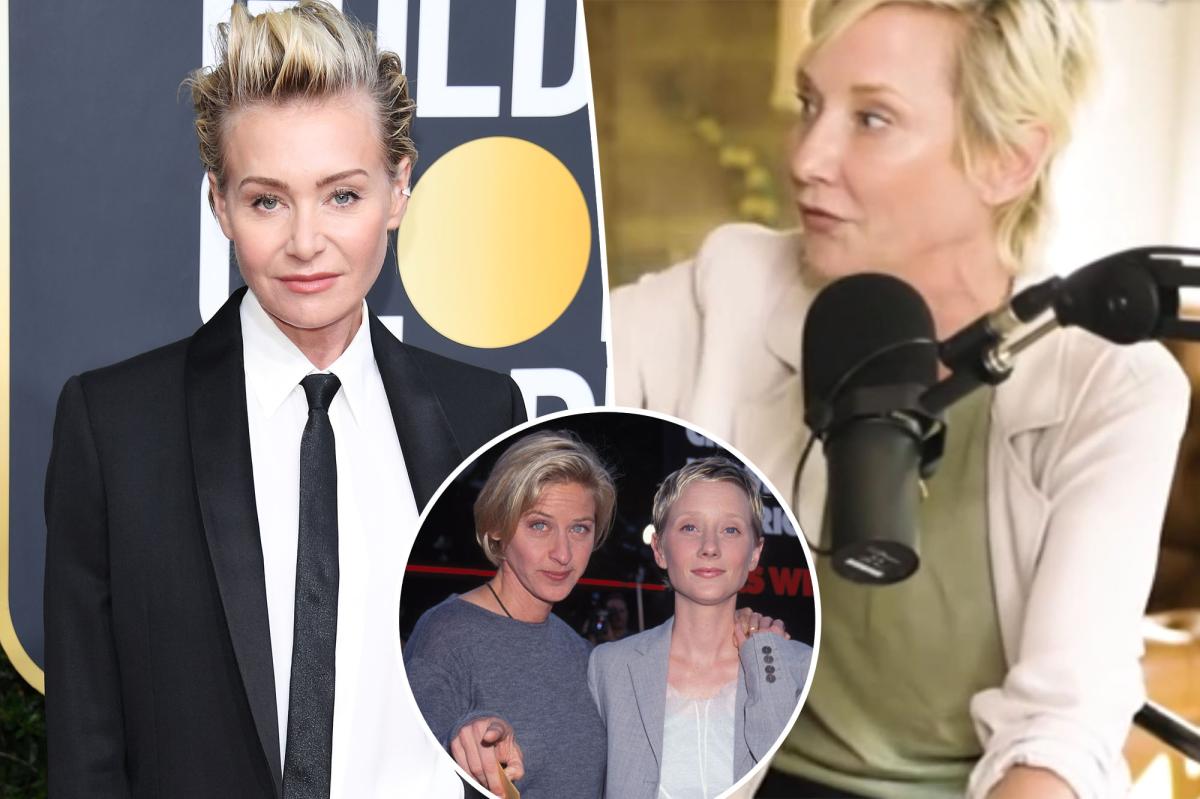 Anne Heche tried to warn Portia de Rossi against dating Ellen DeGeneres, she revealed in a resurfaced episode of her podcast.

The “Six Days Seven Nights” star, who died last Friday after sustaining severe injuries when she plowed her car into a house, explained to her co-host that de Rossi thought dating the former talk show host would make her a “poster child” for a gay relationship.

“I warned Portia,” she said in the June 2021 episode of “Better Together.” “Portia even asked me about Ellen before she came to my wedding, and Portia even said, ‘I’m gonna go after Ellen.’”

Heche, 53, said she told the “Arrested Development” star that the relationship wouldn’t help her gain fame.

“‘You won’t be the poster child, girl,’” Heche recalled telling de Rossi, “‘because guess what, that poster child has already been taken; and by the way, it wasn’t a great spot.

Heche went on to shade de Rossi, whom she appeared with on “Ally McBeal,” as a woman comparable to a luxury car.

“I realized that Ellen drove a Porsche… and then she married one,” Heche said. “All she used to do was drive Porsches and she collected them, and I just thought it was so stupid because they were so loud.”

The “Volcano” star dated DeGeneres, 64, from 1997 to 2000. She later told Page Six that their relationship “canceled” her in Hollywood.