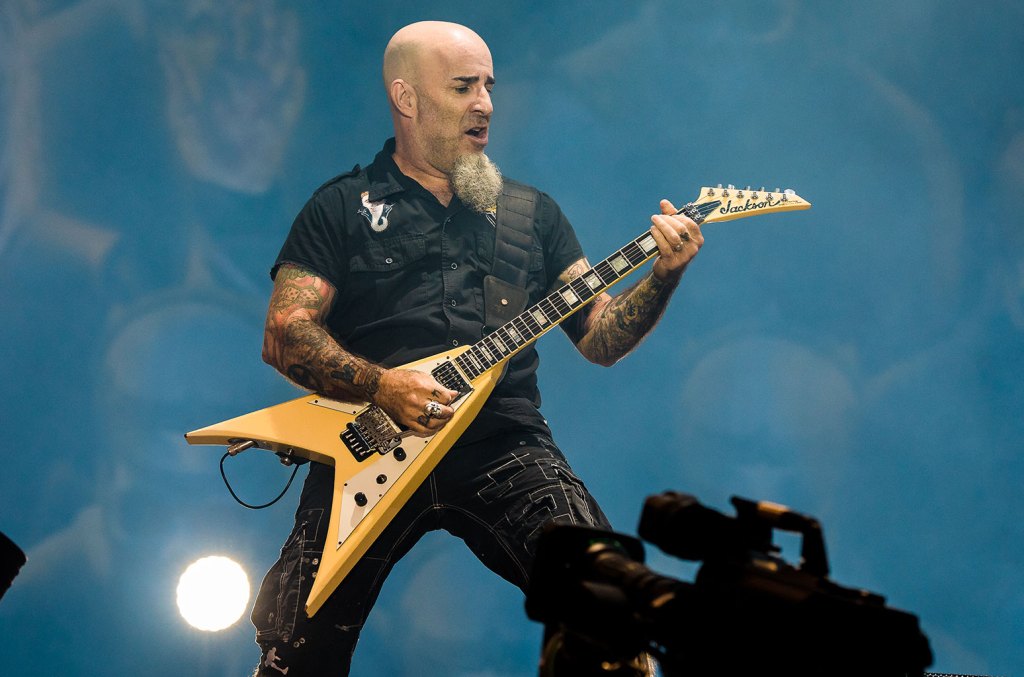 Anthrax’s Scott Ian was joined by his 10-year-old son in a sweet tribute to Foo Fighters’ Taylor Hawkins, who died on March 25. The guitarist and his son, Revel Young Ian, who accompanied him on drums, performed many Foo Fighters songs in an Instagram video, which Ian shared on his profile Sunday (April 3).

“Paying tribute to Taylor…we’ve been jamming our favorite Foo’s all week. Healing our hearts with the power of rock,” Ian captioned the clip. “We love you Taylor and Dave and Pat and Chris and Nate and Rami.” The video, which was shared as an Instagram Reel, featured snippets of the duo jamming to Foo Fighters songs “Low,” “Stacked Actor” and “Run.”

This is not the first time Ian has paid tribute to Hawkins. Following the news of the drummer’s death, the Anthrax guitarist shared a selfie March 28 with Hawkins and Foo Fighters rhythm guitarist Pat Smear, captioning the shot on Instagram, “A flight home from London – Taylor and I switched seats so we could hang and we ended up talking for 8 hours. He was a guy you could talk with for 8 hours. This pic was a selfie I texted to my son – these guys are some of his heroes, mine as well.”

Ian often shares videos of himself playing with Revel, who joined the Foo Fighters on stage in 2019 at the Bourbon & Beyond festival when he was only 8 years old to perform “Everlong” on the guitar. The father-son duo have previously covered songs by System of a Down, Sepultura and Helmet.

Check out the tribute video below.