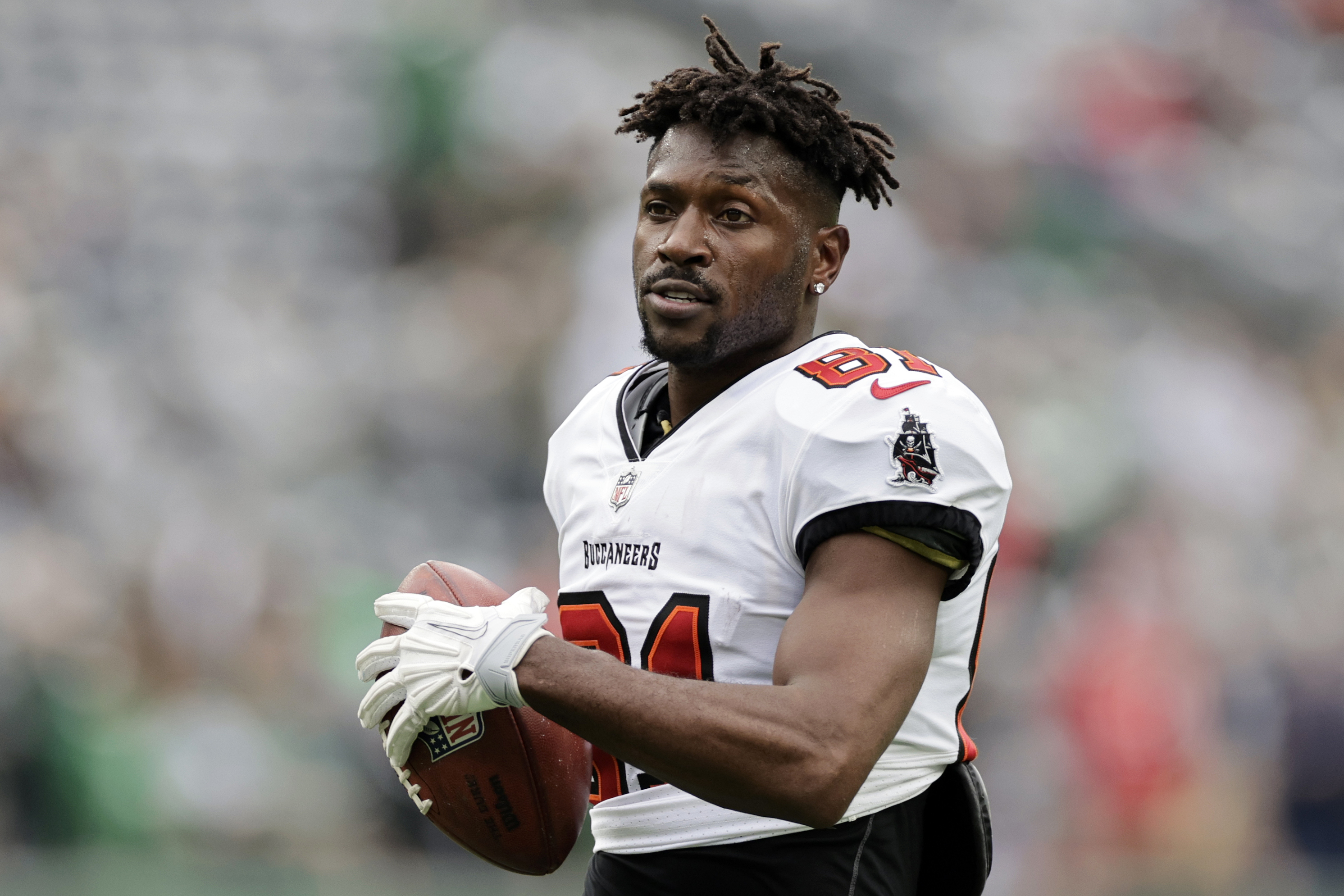 Tampa Bay Buccaneers wide receiver Antonio Brown made a wild and abrupt exit during his team’s game Sunday versus the New York Jets when — in a moment that has since gone viral — he shed his pads and jersey, danced in the end zone, and left the field.

Following Sunday’s game — which the Buccaneers won 28-24 thanks to late-game heroics by quarterback Tom Brady, Tampa Bay coach Bruce Arians announced that Brown was off the Buccaneers for good.

“He is no longer a Buc,” Arians said (via ESPN). “That’s the end of the story. Let’s talk about the guys that went out there and won the game.” It’s unclear why Brown had his meltdown, but video prior to the incident showed his teammates attempting to cool him down:

Antonio Brown has a meltdown at the hand of the #Jets and #BraxtonBerrios pic.twitter.com/RGhSYpyrOu

The incident is the latest in a long string of “drama” — as the wide receiver himself decried earlier this week — that has followed Brown since his acrimonious departure from the Pittsburgh Steelers in 2018 and his short-lived tenure with the Oakland Raiders the following preseason following allegations of sexual misconduct.

Following a relatively quiet 2020 season — on the field at least — Brown made headlines in December when it was revealed that he and some teammates lied about their vaccination status and submitted fake vaccine cards, resulting in a three-game suspension for violating the league’s Covid-19 protocols.

A week after his suspension ended, Brown’s stint with the Buccaneers ended with similar ignominy as the incident of his sudden jersey-stripping, end zone-dancing exit went viral to the amazement of NFL fans. Brown’s mid-game fireworks came less than a week after the wide receiver blamed the media — and not his own actions — for “writing bogus” and creating “a lot of drama.”