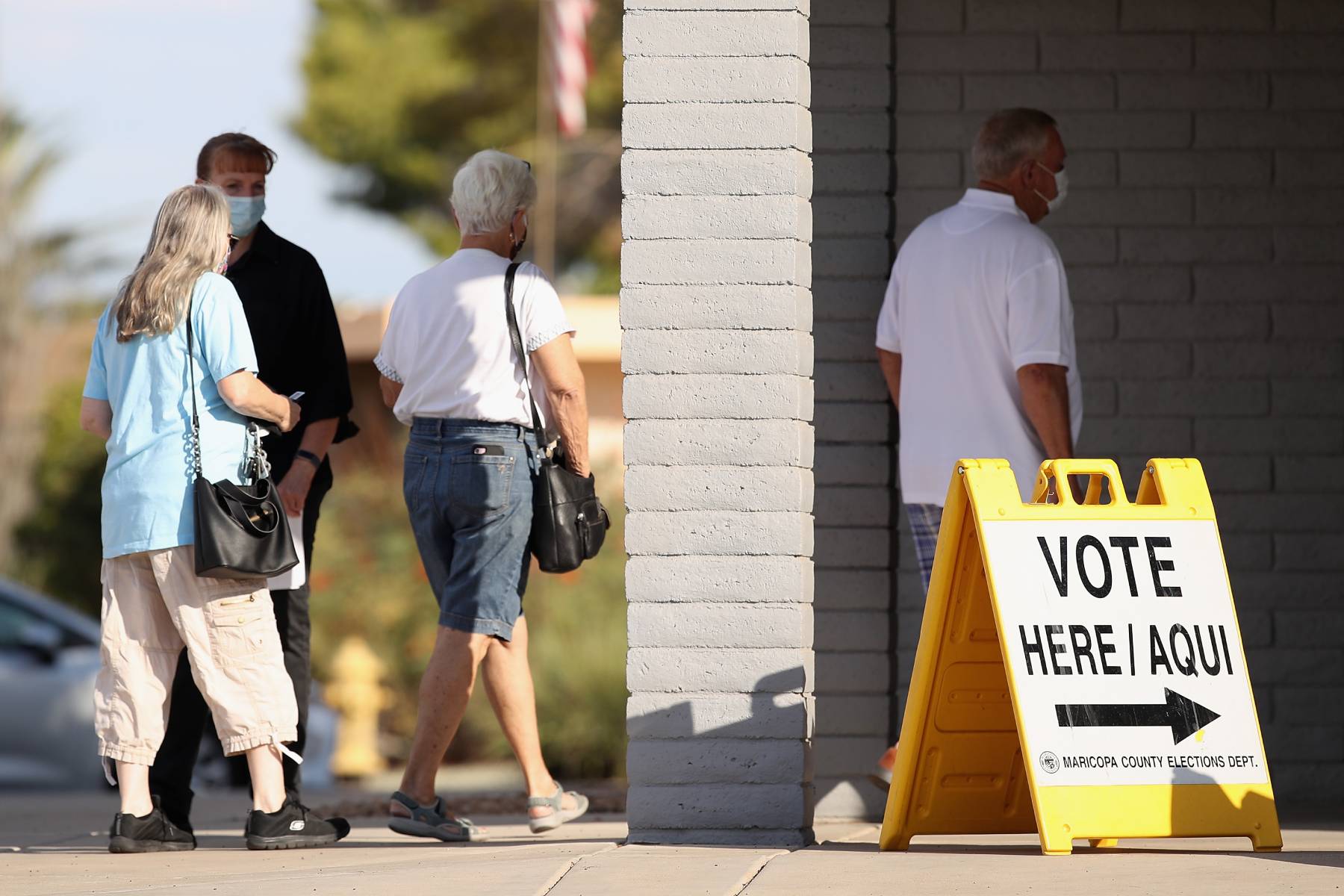 A review conducted by Arizona Attorney General Mark Brnovich found that of the 282 ballots alleged by pro-Trump auditors as having been cast in the name of dead individuals, just one could be linked to a “dead voter.” The review by the Arizona Republican candidate for Senate marks another bucket of cold water on conspiracies about voter fraud in Arizona in the 2020 election.

The dead person’s ballot was not counted towards the results of the 2020 election, and a spokesperson for Brnovich indicated “the facts of the case did not support prosecution” of the individual who cast the vote.

In a letter to pro-Trump Senate Presdient Karen Fann, Brnovich indicated that state “agents investigated all individuals that Cyber Ninjas reported as dead, and many were very surprised to learn that they were allegedly deceased.” Brnovich reviewed a total of 409 alleged “dead voters” and found that there were only a “handful of potential cases.” Brnovich called some of the claims “so absurd the names and birthdates didn’t even match the deceased.”

The list of dead voters was provided to the Arizona Senate by Cyber Ninjas, a company contracted by Trump supporters to run an audit of the election results in Maricopa County. Cyber Ninja’s review found that Biden not only won the election, but that Trump’s margin had been overcounted by 261 votes.

Despite the initial failure to find more votes for Trump, Cyber Ninjas would make a slew of conspiratorial allegations of election fraud in Arizona. The company’s former CEO Doug Logan went so far as to draft a paper on behalf of GOP senators objecting to the congressional certification of Joe Biden’s Electoral College victory.

A statement on the Maricopa County government information page indicates that a review of reports presented by Cyber Ninjas “included faulty analysis, inaccurate claims, misleading conclusions, and a lack of understanding of federal and state election laws.” The county provides a report refuting the individual claims made by Cyber Ninja.

In January, a judge ordered Cyber Ninja to pay $50,000 in daily fines after failing to comply with an order to provide audit materials to an Arizona newspaper.

Despite many attempts to force investigations of alleged widespread voter fraud, and the continued insistence that the 2020 election was stolen, Trump and his allies have failed to substantiate their claims of widespread election fraud. Several of them, including Trump-backed gubernatorial hopeful Kari Lake, are on the ballot for high-ranking positions in the state’s Republican primaries on Tuesday.