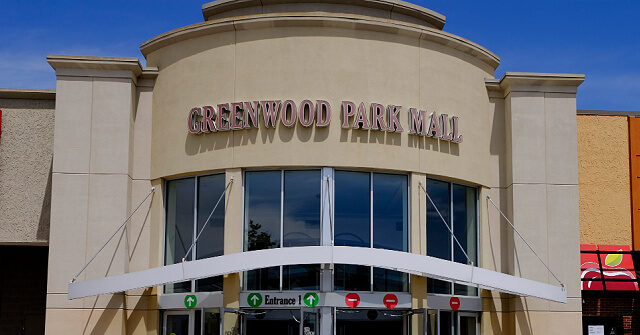 An armed citizen reportedly foiled a mass shooting by killing an alleged attacker who opened fire Sunday around 6 p.m. in Greenwood Park Mall in Indianapolis, Indiana.

WDRB reports that three innocents were killed in the attack, then an armed citizen shot and killed the attacker.

Two other individuals were injured.

There are multiple casualties reference this incident. There is no known ongoing threat. Multiple agencies are assisting with clearing the mall. https://t.co/OBmm6IdYUd

WTHR notes that witnesses heard about 20 shots ring out in the food court during the attack.

Greenwood Chief James Ison indicated that “a good Samaritan witnessed the shooting and shot and killed the shooter.”

Police indicated that the attacker was an adult male but provided no greater detail.

AWR Hawkins is an award-winning Second Amendment columnist for Breitbart News and the writer/curator of Down Range with AWR Hawkins, a weekly newsletter focused on all things Second Amendment, also for Breitbart News. He is the political analyst for Armed American Radio. Follow him on Twitter: @AWRHawkins. Reach him at awrhawkins@breitbart.com. You can sign up to get Down Range at breitbart.com/downrange.