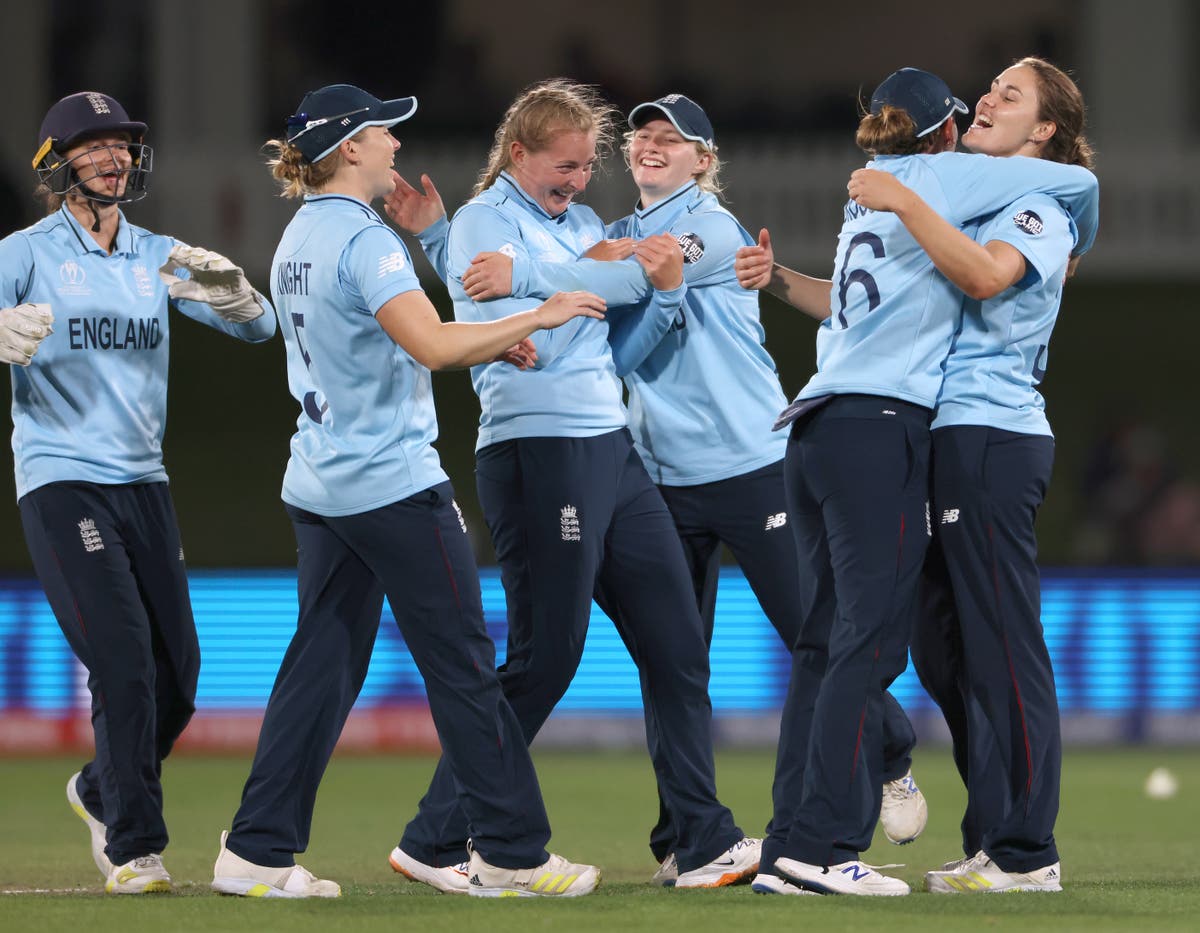 The third of April, a date with destiny that both England and Australia have been marching towards in their own way.

Now that day is almost here as the two sides prepare to meet in the ICC Women’s Cricket World Cup 2022 final.

Despite having won 10 of the previous 11 World Cups England and Australia will face off in an ICC Women’s Cricket World Cup final for the first time in 34 years.

Hagley Oval in Christchurch will play host to the showpiece event of the 2022 tournament as Australia go in search of a record-extending sixth title, while England look to defend their crown.

The two sides started their campaigns together almost a month ago in Hamilton and will end them together, one holding the trophy, the other looking on.

Australia have lost only one World Cup final but it was not too far away from the setting for Sunday’s finale.

Back in 2000 just down the road from Christchurch at the Bert Sutcliffe Oval in Lincoln, Australia lost the closest final the tournament has ever seen, defeated by New Zealand by just four runs.

That year, England recorded their worst-ever World Cup finish of fifth before fighting back to take the trophy from Australia in 2009.

In doing so, they would go on to have a remarkable year also claiming their first, and only, T20 World Cup as well as an Ashes victory.

It is something that Australia are hoping to match 13 years later, they already hold the T20 trophy having secured that on home soil in 2020 before the Ashes were wrapped up with two games to spare in February, but the one-day World Cup evades them.

Vice-captain Rachael Haynes already has a winner’s medal from 2013, and she is well on her way to a competition record as well, the opening batter sits on 429 runs for the tournament, 27 behind Debbie Hockley of New Zealand’s all-time best set in 1997.

That is not the only record that could be broken on Sunday, Sophie Ecclestone has the chance to surpass Australian Lyn Fullston whose haul of 23 wickets in 1982 remains the mark to beat.

Ecclestone sits on 20 wickets having taken her maiden international five-fer in the semi-final against South Africa ending on six for 36, the best figures by an England bowler in a World Cup as the 2022 edition continues to be bigger and better than anything we have seen before.

The left-arm spinner is emblematic of England’s journey throughout the ICC Women’s Cricket World Cup 2022 in that she is peaking at exactly the right time.

The 22-year-old started with her worst-ever figures in ODI cricket with no wicket for 77against the same opponents she will face on Sunday.

It highlighted just how shaky a start England had, dropped catches allowed Australia to put on 310 for three in the opening game before more fielding woes gave the West Indies a famous win.

South Africa defeated England for the first time in a World Cup for 22 years to leave the defending champions reeling with three defeats from their first three games as their four remaining clashes became must-win.

And win they did, defeating India, New Zealand, Pakistan and Bangladesh to book their place in the knockouts and set up a rematch of the 2017 semi-final with South Africa.

England saw off the Proteas comfortably to keep their hopes of a fifth title alive, and Ecclestone praised captain Heather Knight’s leadership as she guided her side back from the brink.

The spinner said: “Obviously we didn’t start off great, I think the three from three losses wasn’t great but to come back the way we have.

“I think Heather‘s a big part of this group and what we’ve achieved so hopefully we can go out there on Sunday and do it for Heather.”

Knight has the chance to create history as the first England captain to guide her side to back-to-back trophies, that day at Lord’s in 2017 is still fresh in their minds, but Australia’s memories of five years ago are cloudier.

Meg Lanning’s team were knocked out of the semi-final thanks to some individual batting brilliance from India’s Harmanpreet Kaur.

And for fast bowler Megan Schutt, that result has led Australia on a path to where they are now.

She said: “That was a very long time ago. We’re a very different team and when I see photos from the 11 that were on that field, it’s almost a 180 flip.

“What that brought was a form of professionalism and accountability that we didn’t have back then and now we have plans A through to F and that was the kick up the butt that we needed.

“As much as we can talk about that being a failure and whatnot, that actually created a really good dynasty for us and it’s nice five years later to finally be in a final.”

For both sides, there is now one final step to take to achieve their destiny, after decades of rivalry and a month of world-class cricket, it all comes down to the third of April.