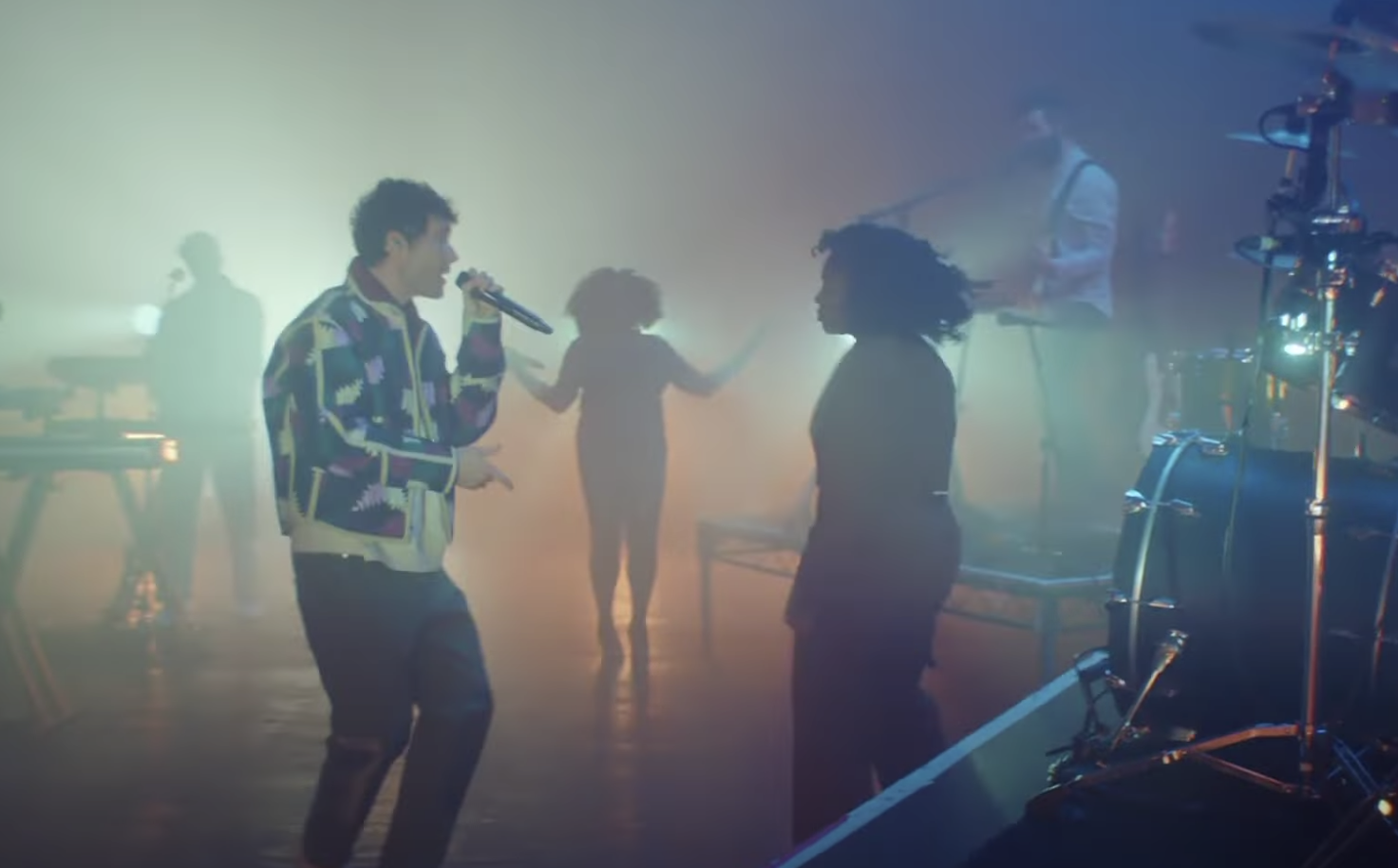 Bastille gave a club-ready performance of single “Shut Off The Lights” on The Late Late Show. The British band, whose new album Give Me The Future is currently No. 1 in the U.K., appeared virtually on the program.

The track, which the group described as “a sonic love letter to Paul Simon’s Graceland,” finds frontman Dan Smith singing about an emotionally grounding relationship: “This room is our universe, you are my gravity tonight/No talk of the future now/Dark thoughts, you’re shaking ’em, taking ’em out/This rhythm that we create sets me straight.”

Give Me The Future — which tells the story of fictional tech giant called Future Inc., and its “Futurescape” device — is Bastille’s second concept album. The group’s previous release, 2019’s Doom Days, centered around finding distraction and joy amid an impending apocalypse, and featured singles “Joy” and “Quarter Past Midnight.”

Bastille will come stateside this summer for the U.S. leg of the Give Me The Future tour beginning in May, with stops scheduled in cities including Los Angeles and New York City before wrapping June 17 in Columbus, Ohio.