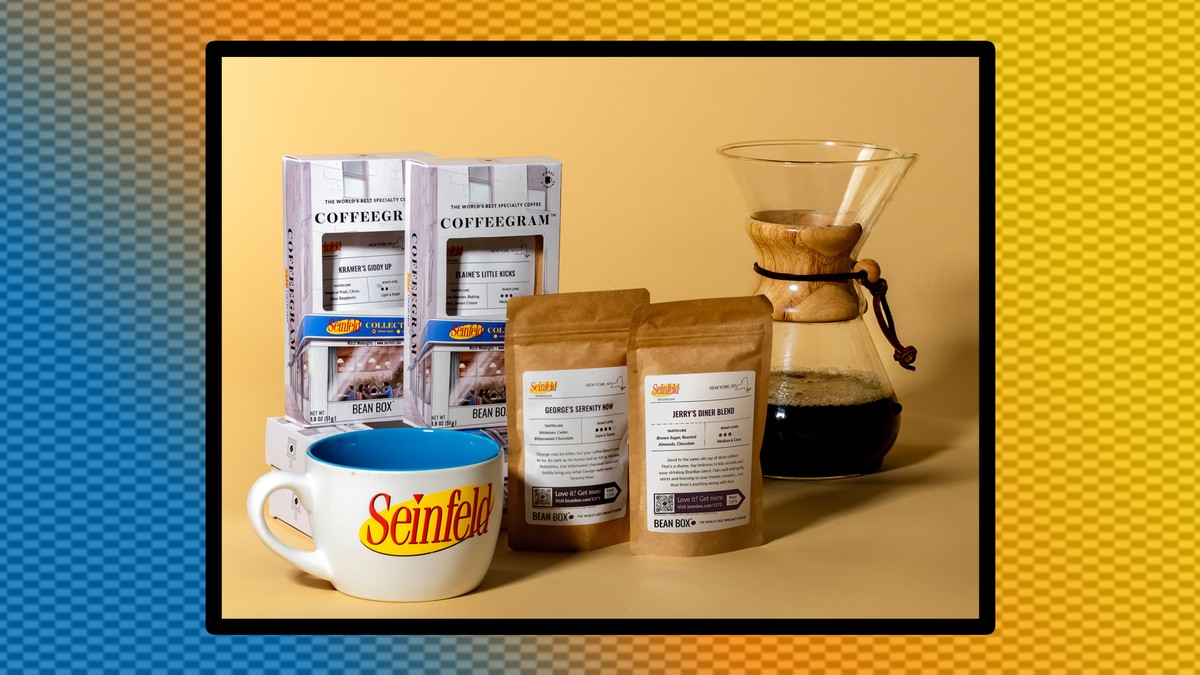 This summer, it will be a bonkers 33 years since Seinfeld first premiered on the small screen, forever making us feel seen in our pettiest gripes and deepest dating neuroses, and the world hasn’t been the same since. Putting aside any cast members’ personal scandals that came to transpire, the show has endured incredible popularity and success because it’s just really fucking funny—and while we still get some fix from binging Curb Your Enthusiasm, it’s just not quite the same as the greatest 90s sitcom to infiltrate our brains with funky basslines, puffy shirts, and terms like “close-talker” and “double-dipper.”

There was a thinkpiece floating around a few years ago about how Seinfeld isn’t really about New York, or your 30s, or whatever—it’s actually about how a foundational joy of life is having a little group of friends that makes you feel understood even when everyone else seems annoying, crazy, and out to get you for incredibly stupid reasons. And that holds up—a lot of the best conversations you ever end up having are while sitting around drinking coffee with people who are freaky and maladjusted in all the same ways that you are. It makes sense, then, that Seinfeld‘s home base, besides Jerry’s apartment, is the diner Monk’s Café (real name, Tom’s Restaurant), where countless coffee pots are emptied and pieces of pie consumed in the name of helping George figure out his relationship woes, or Elaine unpack confusing social interactions.

So it makes sense that coffee subscription service Bean Box partnered with Seinfeld for a new coffee collection, perfect for brewing and sipping while you wonder if you need to decide whether your Hinge date is sponge-worthy, or whether to dump your new girlfriend because she eats peas one at a time. The collection includes four “expertly curated artisan coffees embodying the personalities of your favorite characters,” such as Jerry’s Diner Blend, a “smooth and easy-drinking Brazilian blend, which has notes of brown sugar, roasted almonds, and chocolate”; Elaine’s Little Kicks, which is “a spicy and chocolaty medium roast”; or George’s Serenity Now, a “dark and toasty blend” with “notes of molasses and bittersweet chocolate.”

Festivus is still seven months away, but Father’s Day is just a few weeks away, and who needs a good reason to combine coffee and comedy, anyway? Not us. Gotta run—these pretzels are making me thirsty.

The Seinfeld Collection is available for pre-order now at Bean Box.