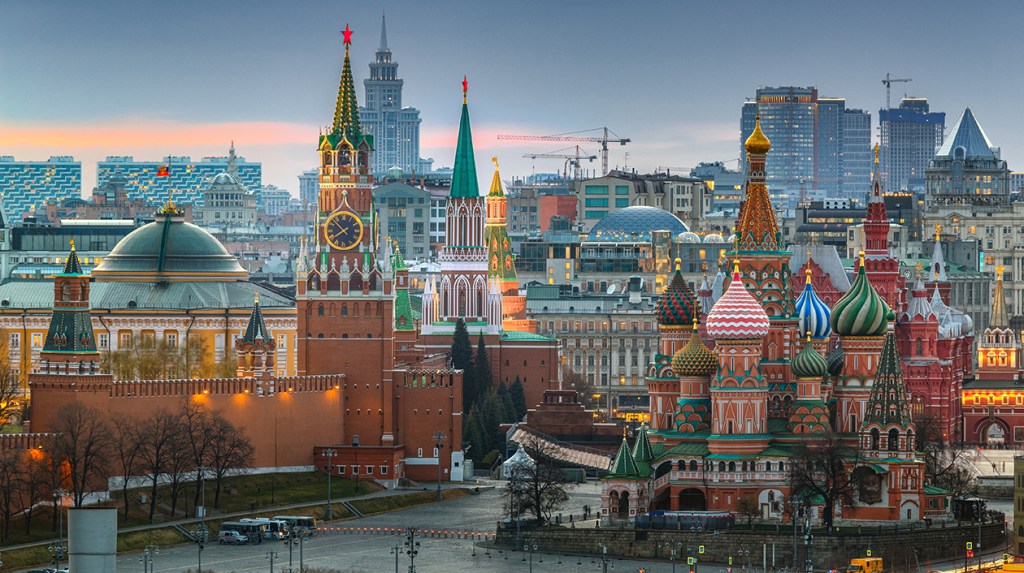 LONDON — Six months after Believe announced it had “suspended activities” in Russia following the country’s invasion of Ukraine, the French music company now says it is “maintaining all its operations” in the isolated nation. At best, that means recruiting staff to fill vacated roles and making multi-million dollar deals to renew contracts with label partners. At worst, sources say, Believe is taking advantage of the moment, “aggressively” signing Russian record labels and artists to gain market share in the region while major labels have committed to cease all new business there.

“We are talking about a single account where we monetise both new releases and the back catalog,” wrote the Believe executive.

A spokesperson for Believe confirmed to Billboard that the Paris-based music distributor and artist services company is “maintaining all its operations in Russia in order to support its artists, labels and protect its people’s safety as well as ensure access to music production and distribution.”

The company claims, however, that the Russian executive’s 3 million euros offer to the independent Russian label on Aug. 30 — which appears to be for a distribution deal — is not an attempt to grow Believe’s share in the now fragmented Russian music market. Instead, the spokesperson says the memo covers standard “distribution activity over the course of a multi-year relationships with an existing label partner.”

The Believe spokesperson reiterated that since March, the company has stopped “new investments in [mergers and acquisitions] and expansion in Russia” and has suspended “development and any further expansions” in the country. But sources in the region tell Billboard this is not the case. Multiple music executives interviewed for this story claimed that, since April, Believe has been actively approaching many local artist and labels — many of whom have existing record or distribution deals with major labels.

“Believe is still very active in Russia,” a prominent Moscow-based artist manager and independent label executive tells Billboard. They say that shortly after all the major record labels and distributors suspended operations in Russia in March, Believe approached them about their Russian language roster. “They said they can help us with our back catalog and that they can help us get our music out,” says the executive.

Another Russian music executive says Believe has “aggressively approached” all their local clients, offering them a route to market after other options disappeared. “They insist that our clients transfer the catalogs to them even when they know that they have the exclusive ongoing contracts with us,” says the executive, speaking anonymously.

Believe job listings even suggest a corporate intent to keep building its business in Russia. One posting listed in August on Believe’s website’s recruitment page and LinkedIn for a Moscow-based label manager included “new client acquisition” among its responsibilities. Another posting, also listed in August was for a creative producer, also based in Moscow. (Both postings have since expired.) The Believe spokesperson says job listings for Believe’s Russian office were for existing posts that had recently become vacant, as opposed to newly created staff roles. Believe has 43 staff working currently in Russia, the company says.

“Since the beginning of the conflict between Russia and Ukraine, faithfully to its values, Believe has pledged for peace and made the choice to continue to operate with its local clients, artists, and partners in the Russian market in compliance with all applicable laws and regulations,” says the spokesperson.

Although it is not breaking any international laws by continuing to operate in Russia, that decision to maintain an active presence in the country places Believe in direct conflict with other international music companies. In March, all three major record labels – Universal Music Group, Sony Music Entertainment and Warner Music Group — said they were suspending operations in Russia, following the Putin-led invasion of neighboring Ukraine. The same month, Spotify, Amazon, Deezer and TikTok all either closed their Russian offices or stopped trading in what was previously the world’s 13th-largest music market.

Until the war, Russia’s music industry had been growing rapidly. The country was the fastest-growing market among the top 20 both in 2019 and last year, when it generated $328 million in recorded-music revenue, a 58% jump over 2020, according to IFPI. Now many in music who spent time and resources investing in Russia’s growth fear that it was all for naught.

Earlier this month, Sony became the first major record company to fully exit the country by transferring its Russian company and roster to a separate local independent label. Universal and Warner — which, prior to the war, had the biggest presence in Russia with around 100 employees — continue to provide financial support to their Russia-based staff and maintain offices there, but say they have frozen all investments, promotional activities, manufacturing and new releases.

Believe’s exit strategy has been more controversial. In March, the company said it had “suspended activities in Russia,” including new hires and investments, as well as “terminating relationships with all Russian artist and labels under international sanctions.” At the same time, Denis Gorshkov, Believe’s manager director in Russia, sent a memo to its local partners – which Billboard also reviewed — assuring them that Believe “continues to provide all services in Russia” and offered advice to Russian labels and artists with bank accounts that were frozen or inaccessible due to economic sanctions on how to still receive payments legally.

Since then, Believe has continued to release new music in Russia, from both local and international artists, including Placebo’s album Never Let Me Go, Instasamka’s single “Shake” and DJ Paul van Dyk’s single “But Not Tonight.”

Marketing of those releases is carried out via Russian social media platforms such as VK. Local streaming services Yandex Music and SberZvuk are now the dominant music platforms in Russia following the exit of Spotify, Amazon and Deezer. Believe confirmed to Billboard that it receives streaming royalties from Yandex and SberZvuk. Both have indirect links to businessmen or companies with global sanctions placed against them, but the music streaming services are not subject to any sanctions themselves.

In June, Yandex founder and CEO Arkady Volozh stepped down and left the board of directors after the European Union placed him under sanctions for allegedly “materially or financially” supporting Russia.

A spokesperson for Believe says that if Yandex Music or SberZvuk is placed under either EU or U.S. sanctions at any time the company “will immediately drop” its entire catalog from the platforms “and terminate any kind of partnership.” It adds that Believe systematically reviews with its legal team and external counsels “the compliance of its activities” in Russia “with all applicable laws and regulations.”

On Aug. 3, Believe reported its midyear earnings with revenue up 35.4% to 352.2 million euros ($369 million) in the first half of 2022. The company noted that revenue growth slowdown in Russia and Ukraine was more limited than expected, due to the strength of the rouble and better monetization from local digital services which improved their market position as foreign services ceased operations. Russia and Ukraine will have a lighter impact that previously believed, the company projected, and should be “roughly stable” in fiscal 2022.

Billboard has also seen correspondence that suggests Warner Music continued to operate in Russia after suspending all operations in the country on March 10, including investments and “promotional and marketing activities.”

In an email dated Apr. 1, a representative of ADA Russia — the distribution department of Warner Music Russia — pitched the company to a Russian record label.

“We would like to discuss potential cooperation with you,” wrote the ADA Russia representative. The memo went on to list some of the main advantages clients can receive from ADA Russia, including “premium rates from streaming services, advanced analytics, collection of royalties from public performances and physical releases.” It ended by proposing a meeting in person to discuss “our potential cooperation.”

Upon being questioned about the email, a spokesperson for Warner Music Group portrayed the email as outdated. “This email is more than five months old, but it should not have been sent,” says a WMG spokesperson.

The label stressed that it had suspended all its operations in Russia in March and was “investigating” the circumstances around the Apr. 1 memo. “We’ve also re-iterated the rules of our suspension to our local team,” says the spokesperson.