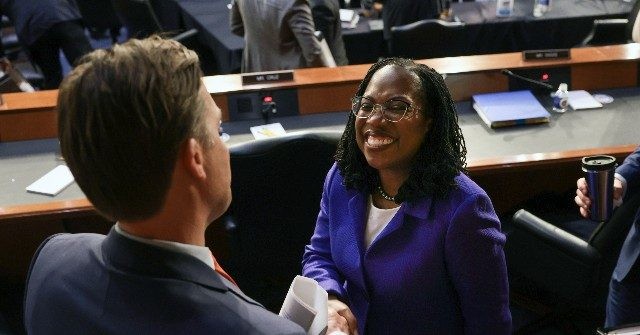 If a majority of Judiciary Committee members do not vote to approve Jackson’s nomination, the vote may result in an 11-11 tie between Republicans and Democrats, forwarding her nomination to the Senate floor with additional procedural steps, meaning the nomination does not have the committee’s recommendation, which under other circumstances is often fatal.

A full Senate vote could then mean moderate Democrats may oppose Jackson’s nomination because of her record of soft sentencing on child pornography cases.

In his statement, Sasse said he opposes Jackson’s nomination because of a lack of any judicial philosophy, which she should have made “clear and understandable” for the committee.

“Judge Jackson is an extraordinary person with an extraordinary American story. We both love this country, but we disagree on judicial philosophy and I am sadly unable to vote for this confirmation,” Sasse said.

Jackson’s nomination faces challenges. Breitbart News reported on Friday that Wesley Hawkins, one of Jackson’s sentenced registered sex offenders, who was only given three months in prison by Jackson, seemingly thanked her for the lenient sentence in his case. Hawkins also acknowledged he received from Jackson considerably less prison time than many other sex offenders convicted for child pornography possession: