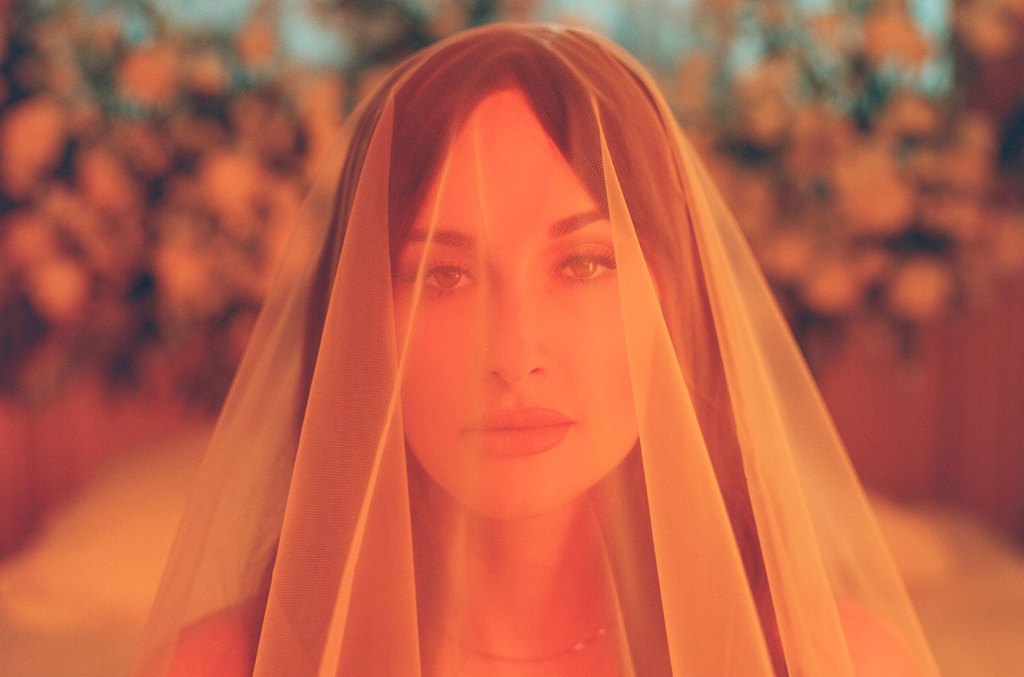 “How do y’all live in this climate?” Kacey Musgraves couldn’t help but ask at St. Paul, Minnesota’s Xcel Energy Center, where she opened her Star-Crossed: Unveiled Tour Wednesday night (Jan. 19).

Her question wasn’t unfair, as the temperature at showtime was a bone-chilling -2 degrees Fahrenheit. Perhaps Musgraves opted to kick off her tour in the Midwest to get the coldest cities out of the way — though she does end the 15-date trek in Toronto at the end of February. Whatever the reason for Minnesota as Musgraves’ first stop, one thing was for certain: She was sure as hell happy to be back on stage.

“I’ve just been sittin’ on my ass for like two years,” she said. Well, that’s only partially true: In those two years, Musgraves went through a rather public divorce from singer-songwriter Ruston Kelly, which led in large part to her latest album, the breakup-themed star-crossed. And just four months after the project’s release, she’s already bringing it to life in arenas around the country.

Though she joked that the night’s theme was going to be “slightly depressing fun,” there was actually hardly anything depressing about it. Even the album’s most pained tales made for captivatingly heartfelt live performances, and made the non-heartbreak moments all the more enjoyable.

Below, take a look at seven takeaways from Musgraves’ first headlining arena show.

Indie pop trio MUNA and alt singer-songwriter King Princess got the night started with the kind of IDGAF energy Musgraves herself exudes, particularly when it comes to sexuality. Both acts are openly queer, continuing Musgraves’ outward support of the LGBTQ+ community (she’s frequently been referred to as a gay icon). “It seems like you guys know about the gay agenda tonight,” King Princess said during their set. “I see a couple homosexuals!”

In light of Kacey’s musical roots, each opener even brought a little bit of country flair. MUNA delivered a couple acoustic guitar-driven, country-tinged tunes, including a never-before-heard track. While King Princess stuck to their punk-laced pop, they shouted out one of Musgraves’ idols mid-set: “Happy birthday, Dolly Parton!”

She has hilarious in-between-song banter

If you’ve been to a Kacey show before (or really, even just listened to her music), you know she’s not afraid to say whatever comes to mind. After two years of not being able to share her witticisms with an audience, it was clear she was eager to do that again.

“If y’all don’t like cuss words, you should just leave right now ‘cause I just can’t help myself,” Musgraves said during her first talking point of the show. “When I get excited, I say a lot of bad s–t.”

The cussing wasn’t as abundant as she’d teased, but the quips were plentiful. Many of them came in the middle of her performances, like proclaiming “I was a great wife” before finishing her star-crossed track “good wife”; she told fans to sing louder during “breadwinner” by yelling, “I want your ex to hear you!”

And despite “hookup scene” being one of the more melancholy star-crossed cuts, Musgraves’ lead-in was one of her funniest: “So I dabbled in the single world for a minute, it’s a scary place — people are wild as hell,” she said. Noting that she had condoms at her merch table, she joked, “I don’t know if condoms are cool these days, I know it’s not the ‘90s — but kids, wrap it up. It’s terrifying out there in this world of swiping left or right.”

During a bout of Golden Hour tunes, Musgraves delivered a heartfelt rendition of “Space Cowboy,” which was illuminated by a disco ball. While the sparkle was entrancing, Musgraves’ performance was even more so, as it felt like the poignant breakup tune offered a kind of catharsis for her in the post-Golden Hour era.

Swaying back and forth, Musgraves seemed to be locked in to the song’s lamenting message, singing the majority with her eyes closed. Her hand rotated from being over her heart to in the air, showing that she let herself really feel the essence of the song in a way she perhaps never thought she would.

Most of the show was driven by awe-inspiring production elements, from a burning heart during the show-opening “star-crossed” to the Coldplay-esque LED wristbands that created a sea of color throughout her 90-minute performance.

Even so, some of the show’s most moving parts came with the least amount of theatrics. Musgraves sang “hookup scene” at the stage’s center (a heart-shaped video screen that was otherwise lit up with a star-crossed-inspired visual, whether it was a broken heart or a cherry blossom), only backed by acoustic guitar and harmonies from three of her band members.

Breakthrough hit “Merry Go Round” was even more affecting, as Musgraves sang the song solo with just her guitar. Interestingly, it was the only song from her first two LPs that she opted to put in the set — but judging by how loudly the audience was signing along, she chose wisely.

The singer recalled a night from a few years ago where she went Amazon shopping with “a little bit of a buzz” that resulted in purchasing a bluetooth karaoke mic. “It actually became a problem how much I started using it,” she laughed. “I would just sing, like, ‘My Heart Will Go On’ in the drive-thru.”

That story inspired her to bring Kaceyoke back, this time on stage. She had a fan in the pit choose from a list of songs Musgraves revealed on a scroll (yes, a legit scroll), which included “Killing Me Softly,” “Dreams,” “Blinding Lights,” and “No Scrubs” — ultimately landing on TLC’s 1999 Hot 100-topper.

It was clearly a winner for Musgraves, who bounced around the stage and never once needed to look at the words on the screen behind her. (She also performed the track at London’s Royal Albert Hall in 2015, as part of the Country & Western Rhinestone Revue.)

She has zero costume changes

Considering Musgraves’ headline-making outfits for the Met Gala and beyond, it was only fair to assume she’d have at least one costume change during her first arena tour. But perhaps this time she wanted to let the music (and the production) do the talking.

While Musgraves remained in the same black pantsuit for the show’s entirety, it was a very fitting one, bedazzled with a trail of hearts and broken hearts down the sleeves. And even if her outfit didn’t scream arena performer, her hairdo did: She pulled her long dark brown hair into a high pony, giving serious Ariana Grande vibes.

Yep, she sings in Spanish

Musgraves closes star-crossed with the Chilean ballad “Gracias a la Vida,” showing off her impressive Spanish-language singing skills. Even more impressively, she took it on for her live show, struggling more with her attempt to one-handedly toss out roses than with landing every part of the Spanish number.

She made sure her pre-encore finale was nothing short of theatrical, falling back into a bed of roses at the song’s finish, which felt like a closing of the star-crossed chapter. Closing out the show with her touching Golden Hour hit “Rainbow” (which ends with her stating “It’ll all be alright”), it felt like Musgraves may have been looking for the Star-Crossed: Unveiled Tour to provide some healing — for her fans and herself.