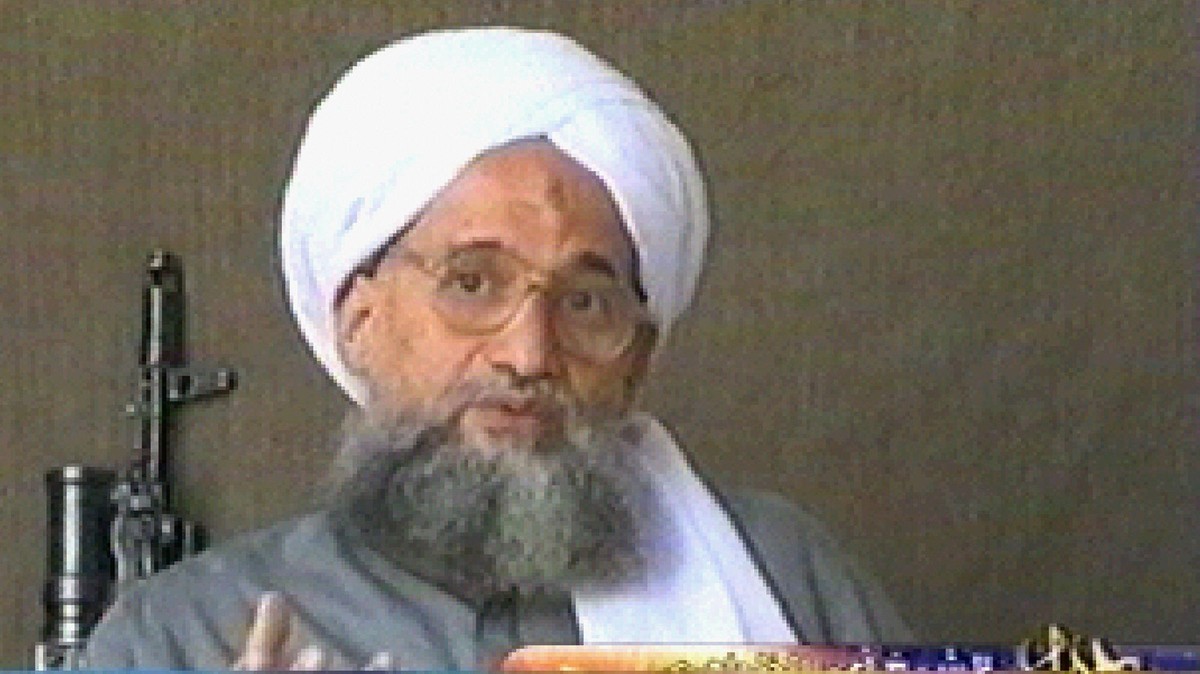 One of the key masterminds behind the 9/11 attacks was killed by U.S. forces in Afghanistan, according to the White House.

Ayman al-Zawarhi, the Egyptian militant who assumed leadership of the Al Qaeda terror group after the death of Osama Bin Laden, was killed in a drone-strike over the weekend, President Joe Biden said in a primetime announcement to the nation.

“On Saturday, at my direction, the United States successfully concluded an air strike in Kabul, Afghanistan that killed the Emir of Al Qaeda, Ayman al-Zawarhi,” Biden said. “He was deeply involved in the planning of 9/11.”

Biden said: “Now, justice has been delivered. And this terrorist leader is no more.”

The operation was carried out in a downtown Kabul neighborhood, where al-Zawarhi had been living in an Al Qaeda safe house with members of his family, a senior administration told reporters on Monday. Al-Zawarhi was struck with two Hellfire missiles after he stepped out onto the building’s balcony at 6:18 a.m. local time in Kabul, or 9:48 p.m. U.S. Eastern time, the official said.

U.S. officials have “high confidence” that the individual killed was al-Zawarhi, although there were no U.S. soldiers on the ground during the operation, the official said, adding that the U.S. believes that no civilians were killed in the operation or any members of al-Zawarhi’s family.

Senior members of the Haqqani Taliban were aware that al-Zawarhi was living in the safe house in the country’s capital city, and the U.S. views his presence in downtown Kabul as a violation of the Doha agreement with the U.S, the senior U.S. official said.

The terrorist leader moved to Kabul earlier this year to join members of his family, and U.S. intelligence spent months establishing his identify, the official said. Al-Zawarhi did not leave the safe house since arriving in Kabul, the official said.

The Taliban released a statement through its spokesperson Zabihullah Mujahid, condemning what it described as an American drone strike in a “residential” area of Kabul.

“The security and intelligence agencies of the Islamic Emirate investigated the incident and found that the attack was carried out by American drones,” said Mujahid in a tweet.

The strike that killed al-Zawahiri follows the chaotic withdrawal by U.S. forces from Afghanistan last year.

In 1998, al-Zawarhi and Bin Laden issued a fatwa saying: “To kill Americans and their allies, both civilian and military, is the individual duty of every Muslim able to do so, and in any country where it is possible.”

Along with Bin Laden, al-Zawarhi is considered one of the central planners of the 9/11 attacks, bringing years of paramilitary and terrorist know-how from his time leading an Egyptian terrorist group that was responsible for a string of deadly attacks in the eighties and nineties.

For years, al-Zawarhi was thought to be one of the top names on the “kill list” of global terrorists threatening the U.S. national security. After the assassination of Bin Laden in 2011 at a compound in Abbottabad, Pakistan, Al-Zawarhi took over as figurehead of the global terrorist group. But, at the time he assumed leadership, Al Qaeda wasn’t what it used to be after years of being decimated by a relentless effort between the CIA and Pentagon assassinating senior operatives worldwide.

Even so, al-Zawarhi evaded being killed or captured since that 2011 raid. There were reports that the ISI, Pakistani intelligence, was harboring al-Zawarhi in Karachi, a mega-city with nearly 15 million people and home to several friendly militant groups supportive of Al Qaeda.

Zawarhi also continued to release videos and audio recordings to followers in the years following the Bin Laden raid, but as ISIS and its wars in Iraq and Syria overshadowed Al Qaeda, his messages became less important to the global jihadist movement. On the twentieth anniversary of the 9/11 attacks Al Qaeda released a video message from al-Zawarhi where he praised the U.S. withdrawal from Afghanistan and celebrated his group’s lasting importance.

As early as this year, al-Zawarhi was believed to have been in poor health, while several false reports of his death had circulated throughout the years.