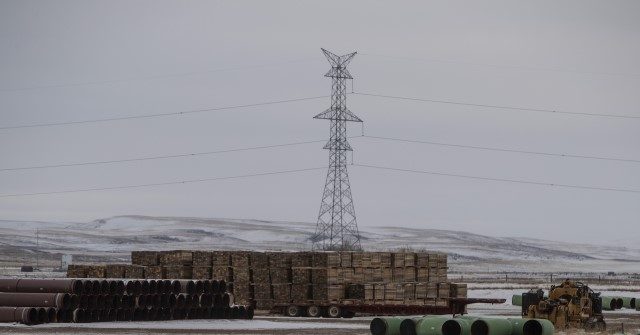 Donald Trump spent his presidency scaling back the regulatory bureaucracy around the Clean Water Act, but now Joe Biden is trying to undo what the former president did by giving power to states and tribes to stop projects like pipelines that they claim could hurt rivers and streams.

The Associated Press (AP) reported on the development:

The Trump-era rule required local regulators to focus their reviews on the pollution that projects might discharge into rivers, streams and wetlands. It also rigidly enforced a one-year deadline for regulators to make permitting decisions. Some states lost their authority to block certain projects based on allegations they blew the deadline.

Now, the EPA says states should have the authority to look beyond pollution discharged into waterways and “holistically evaluate” the impact of a project on local water quality. The proposal would also give local regulators more power to ensure they have the information they need before facing deadline pressure to issue or deny a permit.

Under Trump in 2020, EPA officials said the Clean Water Act should not be weaponized to hold infrastructure projects hostage and limited the ability of states and tribes to block energy projects.

AP reported that the public can weigh in on the EPA proposal before it is finalized and that the final rule is not expected to go into effect until the spring of 2023.