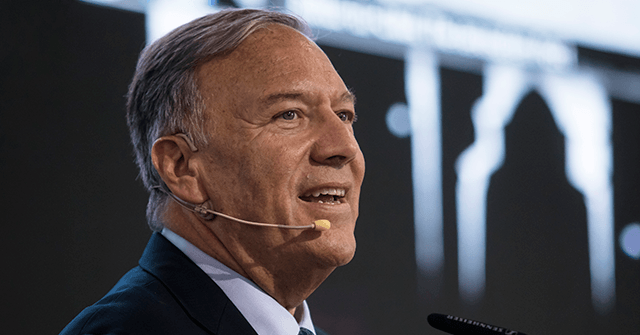 According to Pompeo, Biden’s handling of the Afghanistan withdrawal was not the only weakness he exhibited that led to Russian President Vladimir Putin’s invasion of Ukraine.

“I think, John, that there is no doubt that [Putin’s] perception of American resolve changed fundamentally when President Biden came into office,” Pompeo told host John Catsimitidis. “The risk seemed low. The cost that he would have to pay seemed reasonable. And he began to prepare the assault that we’ve seen take place in the main four regions of Ukraine. I think there’s no doubt about that. It wasn’t just Afghanistan. Remember the President said a minor incursion is OK? When the Russians … shut down the Colonial Pipeline for several days. President Biden simply said, ‘Don’t do that again.’”

He continued, “The first American leader to meet with Vladimir Putin wasn’t the secretary of defense, or the secretary of state, or the president. It was [John] Kerry. They put climate change at the top of the list. And that showed weakness and a lack of resolve.’

Pompeo went on to slam Biden for sitting at the table with Iran and Russia to negotiate the Iran nuclear deal.

“[T]he craziness of the fact that the Russians are killing Ukrainians and … the United States is sitting at the table in Vienna talking to the Iranians is hard to imagine and understand,” he emphasized. “It’s incomprehensible to me.”