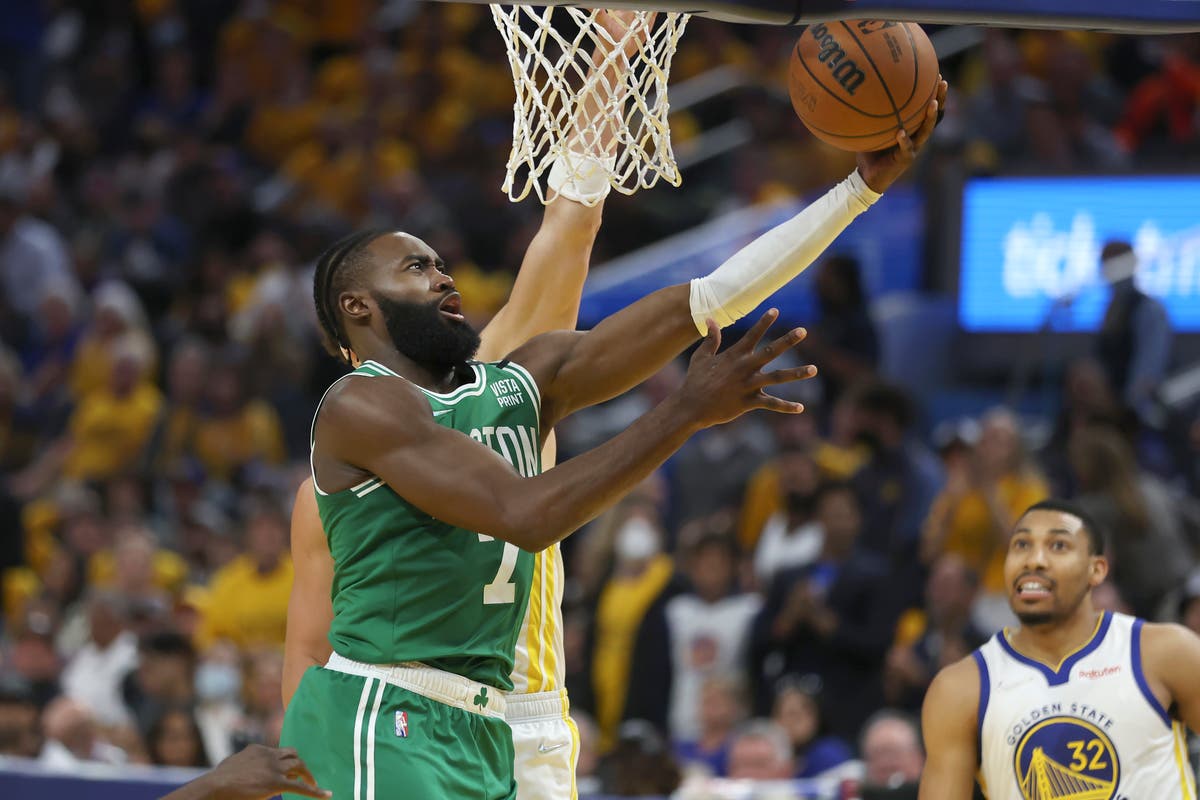 The Boston Celtics stormed home in the fourth quarter to steal the first game of the NBA Finals series against the Golden State Warriors.

The visitors outscored the Warriors by 24 points down the stretch en route to a 120-108 win to take the early advantage in the best-of-seven series.

The result stands in contrast to an electric first quarter for Golden State, buoyed by a blazing opening 12 minutes from Steph Curry.

The sharpshooter knocked down six threes in the first to guide the Warriors to a 32-28 lead.

However, Boston’s defence adjusted in the break and Curry cooled off from his hot start, allowing the Celtics to dictate the pace of play and grind to a 56-54 half-time lead.

Just as they had done all season, the Warriors exploded in the third on the back of Curry’s seventh three, at one stage building a 14-point lead before closing the quarter with a 12-point buffer.

But they were unable to carry that momentum into the fourth, with Jaylen Brown sparking a game-changing 17-0 run with 10 points in the first five minutes.

Brown finished with 24 points for the Celtics, while Curry led all scorers with 34.