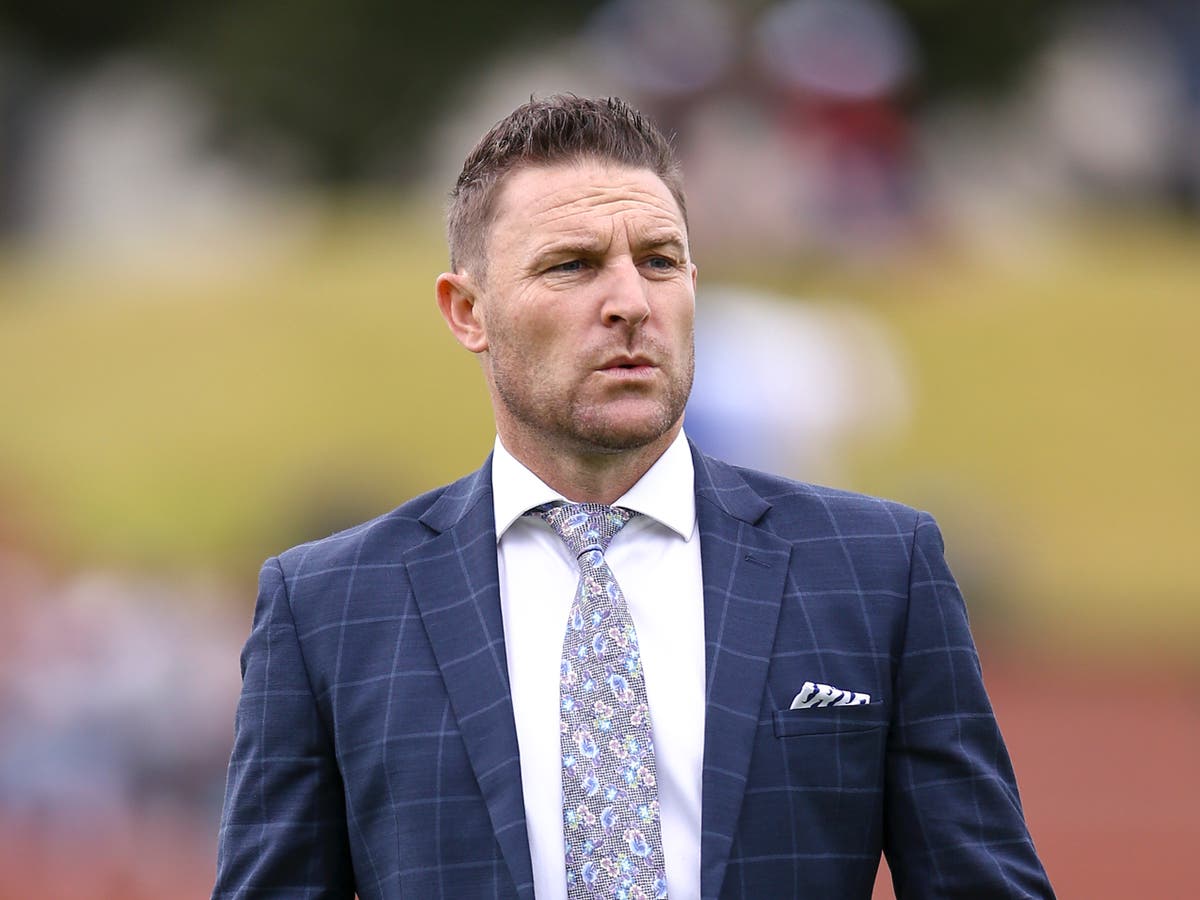 The 40-year-old succeeds Chris Silverwood, who left his position in February following the Ashes defeat to Australia, leading to Paul Collingwood overseeing the recent series with West Indies as interim coach.

Speaking about his appointment, McCullum, said: “I’d like to say how pleased I am to be given this opportunity to positively contribute to England’s Test cricket set-up and move the team forward into a more successful era.

“In taking this role on, I am acutely aware of the significant challenges the team faces at present, and I strongly believe in my ability to help the team emerge as a stronger force once we’ve confronted them head-on.

“I’ve enjoyed several robust conversations with Rob Key about the direction of travel for the team and have found his enthusiasm contagious. I’m no stranger to bringing about change within a team environment, and I can’t wait to get started.

“Ben Stokes is the perfect character to inspire change around him, and I look forward to working closely with him to build a successful unit around us.”

It is the latest move made by Key, who is splitting the England head coach position between red and white-ball roles.

“We are delighted,” Key added. “It has been a real privilege to get to know him and understand his views and vision for the game. I believe his appointment will be good for England’s Test team.

“He has a recent history of changing cricket culture and environments for the better, and I believe he is the person to do that for England’s red-ball cricket.

“We were incredibly fortunate to have a seriously strong list of quality candidates for the post, with Brendon demonstrating he was our number one choice.

“I’d like to thank Tom Harrison and the ECB Board for their support in this process. I believe in Brendon and Ben Stokes – a formidable coach and captain partnership. Time for us all to buckle up and get ready for the ride.”

McCullum, who is a close friend of England limited-overs skipper Eoin Morgan, was initially approached over the white-ball post.

But he preferred the appeal of overseeing the resurrection of the Test side after a torrid few years, which has seen the team tumble down to sixth in the ICC’s Test rankings.

England have won just one of their last 17 Test matches, with defeat to the West Indies in March leading to former captain Joe Root stepping down last month.

After retiring from playing in 2019, which included 101 Tests for the Black Caps, he became coach of Kolkata Knight Riders and Trinbago Knight Riders, where he won the CPL in 2020.

England’s first Test of the summer, against McCullum’s home country New Zealand, begins at Lord’s on 2 June, with the squad to be named next week.

A further appointment from Key, concerning a new white-ball coach, is not expected imminently due to the next engagement on 19 June and a three-match one-day series in the Netherlands.