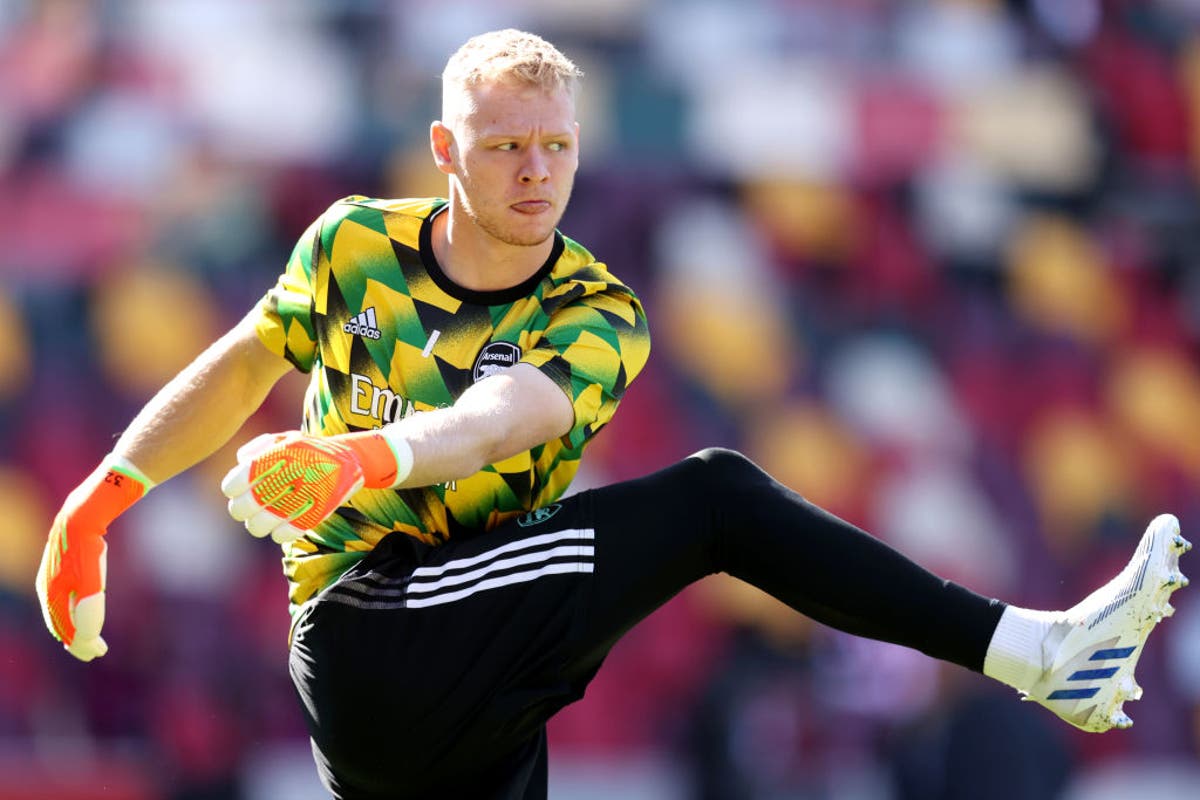 Arsenal have the chance to return to the top of the Premier League table as they visit Brentford this afternoon. Mikel Arteta’s side were humbled in a 2-0 defeat on their last trip to the Brentford Community Stadium on the opening night of last season but the Gunners will want to prove the progress they have since made.

Arsenal will also hope to bounce back to their 3-1 defeat at Manchester United two weeks ago, in what was their last Premier League outing before last weekend’s fixtures were postponed.

Brentford may be in a celebratory mood after Ivan Toney received a call-up to Gareth Southgate’s England squad as a reward for his early season form. Toney scored a hat-trick in Brentford’s last match, which was a thumping 5-2 win over Leeds. Follow Brentford vs Arsenal in the Premier League, below:

Arsenal have gone 23 Premier League matches without a draw – 16 wins, seven defeats – the longest ongoing run of sides currently in the top flight.

Thomas Frank’s side have scored 15 top-flight goals this term, a figure bettered only by Manchester City. The Londoners are averaging 2.5 goals per game, compared to 1.3 in their debut Premier League campaign.

They have outperformed their expected goals total (10.2) by almost five and will prove a threat to Arsenal this afternoon.

Thomas Frank hailed Gareth Southgate’s classy touch of allowing the Brentford manager to break the news to Ivan Toney that he had made the England squad.

Clinical striker Toney earned his maiden England call-up on Thursday, with the 26-year-old now eyeing the chance to push for a spot at November’s World Cup.

And the Bees’ Danish manager Frank made a point of thanking Southgate for allowing him to share in Toney’s special moment.

Arsenal have won five of their last eight league games away to fellow London clubs which is as many as they had in their previous 23 attempts.

They can win three successive top-flight London derbies for the first time since March 2015 if they are victorious today.

Thomas Frank makes two changes to the Brentford team that started in the 5-2 victory against Leeds last time out. Shandon Baptiste and Keane Lewis-Potter drop out with Josh Dasilva and Kristoffer Ajer coming in. It also looks like a change in formation with Frank preferring five at the back against the Gunners.

Mikel Arteta meanwhile makes three changes to the Arsenal side that lost to Manchester United. Martin Odegaard isn’t with the squad after picking up a knock in training so Fabio Vieira earns a starting place. Thomas Partey and Kieran Tierney both return with Oleksandr Zinchenko out injured and Albert Sambi Lokonga on the bench.

Brentford’s only defeat in their last 17 home league London derbies was a 1-0 loss to Chelsea in October 2021. They have won 13 and drawn three such games during that run including a victory over Arsenal last season.

Can they extend that today or will the Gunners inflict a second defeat on the Bees?

Brentford boss, Thomas Frank, says that Arsenal have been the best performing team so far this year and can possibly even go on to win the Premier League title. He added that the Gunners are a different side to the one that Brentford defeated on the opening game of the season last year and if the Bees repeat that performance it will be a brilliant result

“We are playing against a very good side. When we beat them a year ago, I think they were not in the same place as they are now.” said Frank, “Doing it on Sunday would be completely different because for me, now, after Manchester City, they are the best performing team in the league.

“Maybe, in spells, they’ve been the best performing team over the first six games. I think they’ve been remarkable, especially the intensity they play with.

“I remember being sat there on the Friday night for their opening game of the season watching them against Crystal Palace. I was thinking, ‘What?! That’s another level’. For the first 20 minutes, Crystal Palace didn’t touch the ball. And I thought, ‘They could win the Premier League!’”

According to reports, Martin Odegaard is set to miss Arsenal’s Premier League game against Brentford this afternoon having not travelled with the squad.

The official team news is due out shortly so we’ll know more then but Odegaard has been a crucial part of Arsenal’s team this season and will be a big loss if he’s out of the match.

The Bees’ Danish manager rates the Gunners as the English top-flight’s second-best outfit behind Manchester City – but still gives the Emirates Stadium side a chance of league glory this term.

Brentford opened their maiden Premier League campaign with a 2-0 home win against Arsenal last season, and the Bees host the Gunners in west London again this Sunday.