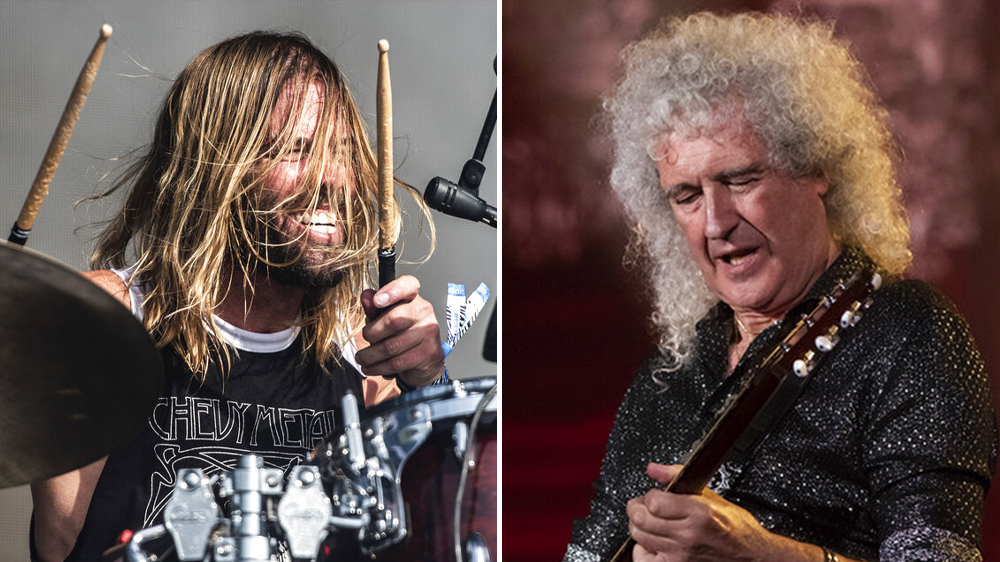 During a press interview for Brian May’s reissue of the 1998 album “Another World” on the “Debatable” SiriusXM program, the Queen guitarist shared his thoughts and remembrances of late Foo Fighters drummer Taylor Hawkins.

The 50-year-old drummer unexpectedly died on March 25 in Bogotá, Colombia where the Foo Fighters were scheduled to perform.

Rock fans everywhere have been grieving the loss, including May, who shared he had spoken to Hawkins just a week before his death. “Taylor was very close to [Queen], he’s been in my studio a few of times. In my life, I talk to him often. I talked to him just a week ago from when we lost him,” May said. “We talk about stuff, talking about Dave [Grohl], about what life is like, his joys, frustrations, being in Foo Fighters.”

May recalled first meeting Hawkins when he was drumming for Alanis Morissette in London, saying: “[We] instantly bonded, Taylor became very close to Roger [Taylor] and Roger’s son, Rufus, who very much follows in Taylor’s footsteps — he’s a wonderful drummer.”

Just before Hawkins joined the Foo Fighters, he was credited for drums in the track “Cyborg” off of May’s “Another World” album. Hawkins then began playing small gigs with Foo Fighters, who eventually ingrained themselves in pop culture as rock icons. “I saw the Foo Fighters from those very early small gigs,” May said. “I think I saw them at Brixton Academy first and they were wonderful — just full of exuberance.”

The two bands’ mutual admiration for one another was ripe from the beginning, May recalled: “We instantly bonded because Taylor and Pat Smear were the most informed Queen fans, they knew more about us than we did. We were just shocked to find out how much they felt about us.”

May describes Hawkins as “the best publicist for Queen ever, he’s been so good for our image! Where he kind of regarded us as cool — which at the time a lot of people didn’t.”