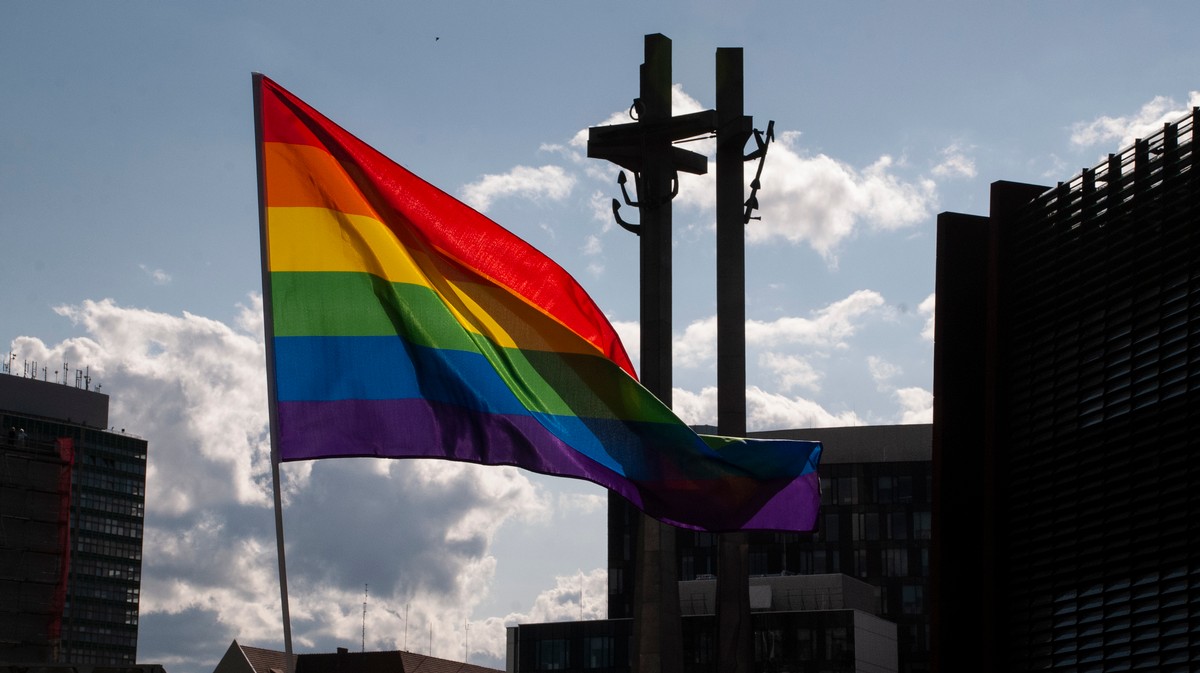 The British ambassador in Indonesia was summoned by authorities this week to answer for a “highly insensitive” act by his country. The diplomatic kerfuffle was the result of an online post—an innocuous image featured on the British embassy’s official Instagram account.

In recognition of the International Day Against Homophobia, Biphobia and Transphobia on May 17, the British Embassy Jakarta had held an event involving participants from diplomatic circles and the LGBTQ community. The next day, it posted a photo of the rainbow LGBTQ flag raised beside the Union Jack at the embassy.

“Sometimes it is important to take a stand for what you think is right, even if disagreement between friends can be uncomfortable,” the post reads. “The strongest, safest [and] most prosperous societies give everyone room to live freely as who they really are, without fear of violence or discrimination.”

Backlash quickly ensued as conservative voices flooded the comments section. On Monday, the British ambassador to Indonesia, Owen Jenkins, was summoned by the Ministry of Foreign Affairs out of “concern and disappointment,” according to a statement published on the Ministry’s website.

“The Ministry of Foreign Affairs regards this action as highly insensitive. It requests that the British Embassy and all representatives of friendly countries in Indonesia always respect the Indonesian people’s religious, social, and cultural norms and beliefs,” reads the statement.

It added that Jenkins had noted the Indonesian government’s disapproval and would be conveying the sentiment to London.

But for Mario Prajna Pratama, a transgender activist in Indonesia and a participant of the event at the embassy last week, the rainbow flag was a “strong statement” and a welcome act of solidarity.

“I don’t see the U.K. Embassy raising the rainbow flag as being insensitive,” Mario told VICE World News. “On the contrary, they’re being very sensitive on what’s happening towards LGBTQ people in Indonesia by recognizing the violence, discrimination, and other kinds of injustice we face on a daily basis.”

The tension between Indonesian authorities and the British embassy over a seemingly minor act is just the latest indication of what activists see as intensifying scrutiny directed towards the country’s LGBTQ community. While Indonesia’s LGBTQ community have long been marginalized and subject to condemnation from religious conservatives, the appearance of a gay couple on a popular Indonesian podcast on May 7 has provoked renewed, intense debate in recent weeks. Most concerningly for members of Indonesia’s LGBTQ community, the furore has resulted in refreshed talks of a new criminal code that would potentially criminalize them in insidious ways.

Since 2018, Indonesian lawmakers have been drafting a new criminal code that would limit many aspects of social life, including prison terms of up to one year for extra-marital sex and six months for cohabitation without marriage. While these articles could be applied to all Indonesians, there are fears they will be used to particularly target members of the LGBTQ community.

While the bill was subsequently put on hold in 2019 after tens of thousands protested against its conservative religious elements, this month’s podcast episode has renewed discussions about bringing the controversial piece of legislation back to the table. The popular podcast, hosted by Indonesian celebrity Deddy Corbuzier, ignited anger among conservatives when it aired an episode featuring a gay couple—a German and an Indonesian living in Germany—as religious conservative groups accused it of promoting LGBTQ lifestyles.

Faced with public pressure, Corbuzier made a sharp U-turn, deleting the episode from his social media platforms and issuing an apology for “causing a ruckus.” He then uploaded a new episode in which he spoke with a religious conservative figure, who grilled him on his interview with the gay couple.

“We experience a reduction of who we are to just our sexual orientation and gender identity, which is often conflated as being diseased, shameful, and a karmic punishment.”

With the exception of Aceh province, ruled by its own Sharia law, same-sex relationships and intercourse are not illegal in Indonesia. However, strong social stigma still surrounds the LGBTQ community, and police have been known to target its members using a vaguely worded anti-pornography law that justifies raids on places such as gay clubs and private residences.

There are fears the same could be done with the revised criminal code. On Monday, Edward Omar Sharif Hiariej, Deputy Minister of Law and Human Rights, reassured the public that the revised criminal code will not be levied against the LGBTQ community. His comments came shortly after a prominent conservative politician claimed last week that the prohibition of LGBTQ-related activities was included in the bill, but it has been held up due to pressure from NGOs.

“What article do you want them to be arrested for? There is no criminal law. We don’t like it [LGBTQ], but there is no criminal law,” Mohammad Mahfud Mahmodin, the Coordinating Minister for Political, Legal, and Security Affairs, said on Friday, responding to critics who said the government was failing to clamp down on LGBTQ activities.

The new criminal code is not the only proposed legislation in Indonesia seeking to target the LGBTQ community. In 2020, an Islamic political party proposed a “Family Resilience Bill” that would require people to report family members engaging in homosexual activity, so that they could be checked into rehabilitation centers and “cured.” While the bill was ultimately dropped, it demonstrated the popular belief held by Indonesian conservative groups that queerness is an illness that can be treated.

“The future for [LGBTQ Indonesians] is one I hope will be filled with true acceptance of our diversity, yet I expect hardships from a legal perspective as our rights grow ever more encroached on with legislation,” Kai Mata, a local musician and LGBTQ advocate, told VICE World News.

Since garnering public attention with a coming out video in February 2020, Kai has been grappling with concerns over her safety as an openly gay public figure in an increasingly hostile environment, including regular death threats and hate messages.

“We experience a reduction of who we are to just our sexual orientation and gender identity, which is often conflated as being diseased, shameful, and a karmic punishment.”

Dédé Oetomo, one of the country’s most prominent LGBTQ activists and the founder of LGBTQ advocacy group GAYa NUSANTARA, told VICE World News that while he is currently able to live relatively freely, the country’s LGBTQ community is under siege, and their rights are far from guaranteed.

“For most people it’s still possible to live a queer life. But you never know what’s gonna happen,” said Dédé. “You can probably call it a war. It’s going to last for many years, at least two or three more decades.”