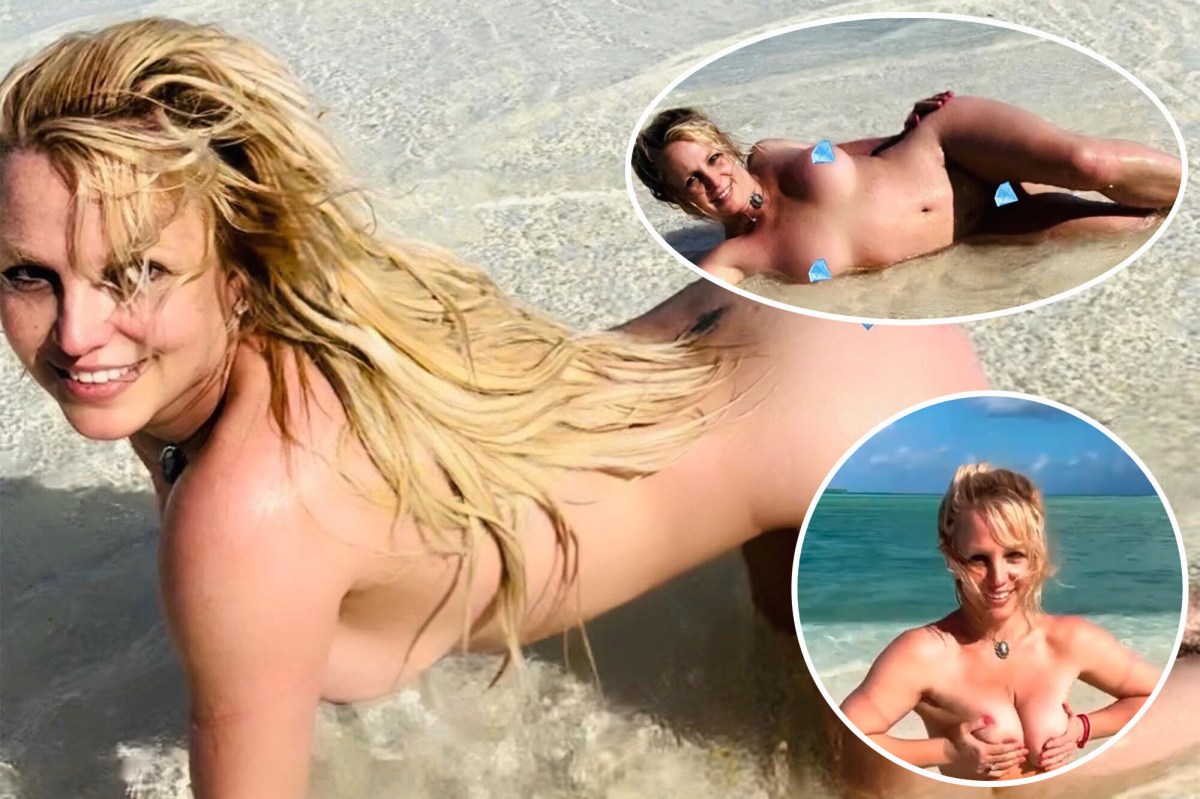 The pop superstar, 40, let crystal clear water caress her naked frame while posing on the shoreline.

Wearing nothing other than a pendant necklace, Spears strategically covered her privates with diamond emojis.

She captioned the post with a series of her favorite emoji: the rose, a seeming nod to the mysterious “Project Rose” she has been teasing via social media for nearly two years.

In a follow-up post, Spears uploaded video footage of herself walking topless on the beach.

Set to the tune of Chris Isaak’s 1989 hit “Wicked Game,” the sexy clip sees the Grammy winner holding her bare breasts as she flashes bright smiles at the camera.

On Sunday, Asghari, 27, shared a steamy video via Instagram in which he is seen passionately kissing Spears while taking a dip in an infinity pool. Meanwhile, she straddles the actor and fitness influencer’s muscular physique.

“Island love with the lioness @britneyspears,” he wrote in his caption.

Hours prior, Spears revealed that she treated Asghari to a vacation to celebrate his 28th birthday, which is on March 4.

“May the birthday celebrations begin for my wonderful fiancé … I love him so much  !!! My hero … my mentor … my rock … my bliss … my love  !!!” she wrote alongside a video that showed off her sparkling engagement ring as Asghari kissed her hand on a private jet.

“I hope you get everything and more for your birthday  !!!”

Spears began dating Asghari in 2016 after he played her love interest in the music video for “Slumber Party,” the second single from her last studio album, “Glory.”

The “Hacks” star proposed to the singer in September 2020 — just months before she was released from a nearly 14-year conservatorship with the help of high-powered attorney Mathew S. Rosengart.

On Valentine’s Day, Spears expressed her appreciation for Asghari as he stood by her side throughout the challenging legal battle to regain control of her personal, medical and financial affairs.

“This man has been with me through it all !!!! I don’t know what I would do without him so I think I will keep him around a bit longer,” Britney gushed on Instagram. “I mean he is pretty hot !!!!! I love you @samasghari.”