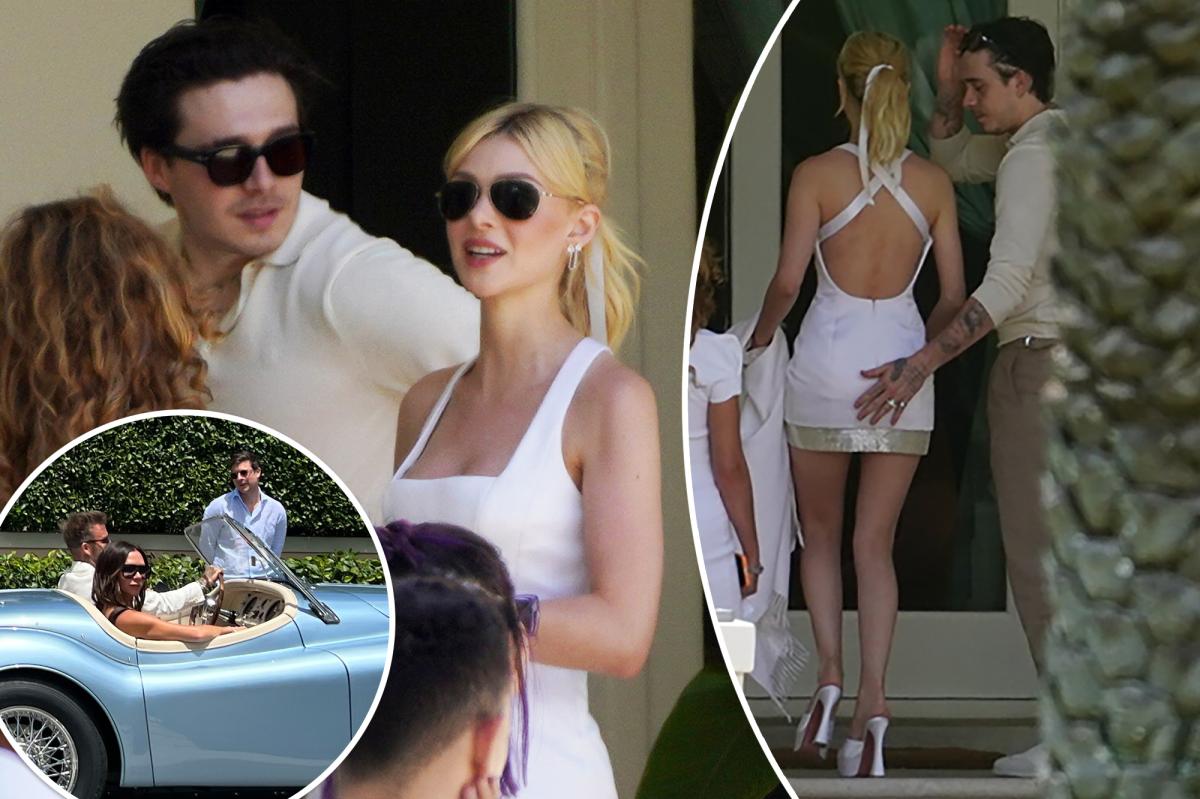 He found his Mrs. New Booty.

Brooklyn, 23, wore a cream sweater and brown slacks for the family gathering while Nicola, 27, donned a white minidress with metallic trimming paired with sky-high Louboutin heels.

The couple arrived to the event in what appeared to be a light blue 1958 Jaguar XK150S.

The grooms’s parents, David and Victoria Beckham, also pulled up in a seemingly identical vehicle.

The former soccer player, 46, wore a white suit and the pop star-turned-fashion designer, 47, sported a long black dress that exposed most of her back.

Even more celebrities were present when Brooklyn and Nicola exchanged vows on Saturday.

Nicola wore a custom Valentino dress — as Page Six previously reported she would rock — which she chose with the help of New York-based celebrity stylist Leslie Fremar.

“Nicola trusts Leslie implicitly and, while her dress is being made by Valentino, Leslie is the person she has turned to help with how she will accessorize and how she will have her hair and makeup,” a source told The Daily Mail last week.

Nicola and Brooklyn — who purchased a $10.5 million Beverly Hills mansion last summer — first met in 2017, but didn’t start dating until two years later. They got engaged in July 2020.

Since falling in love, the aspiring chef has paid tribute to the actress with multiple tattoos: her eyes on the back of his neck, a love note from his “future wifey,” her late grandmother’s name and more.

Meanwhile, Nicola has her now-spouse’s name branded on her back.