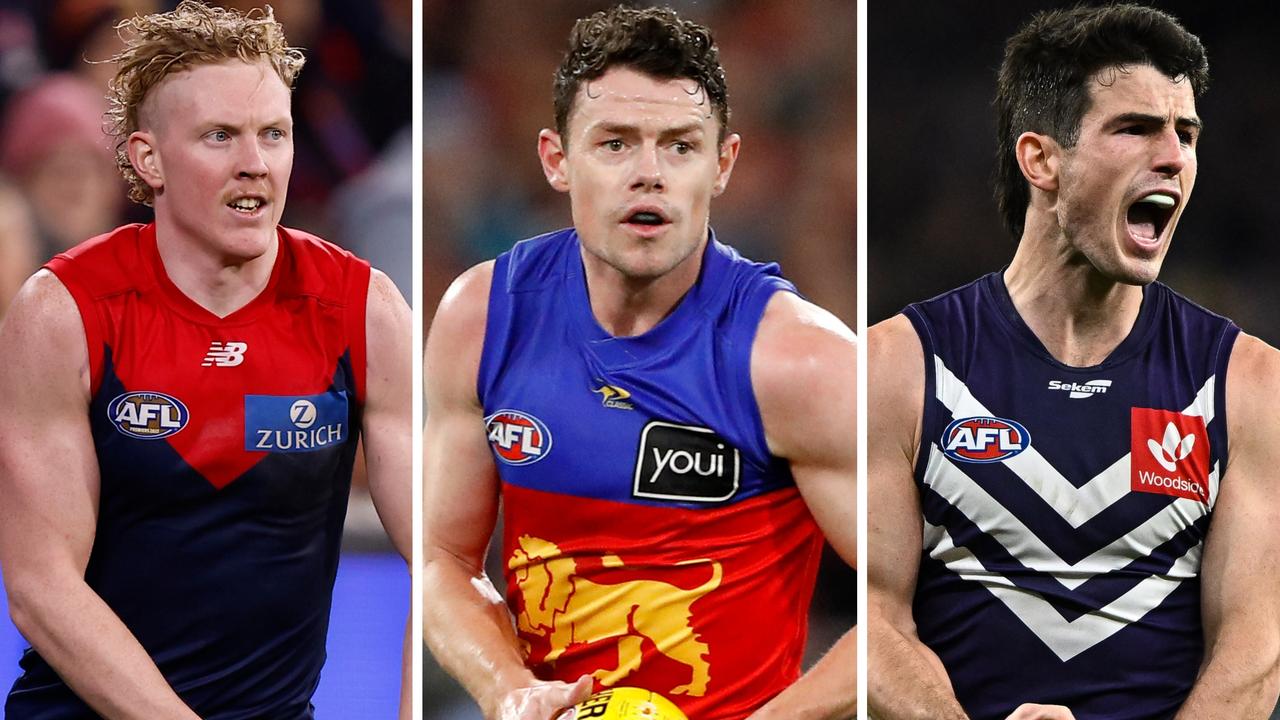 Night of nights. Glitz and glamour. Footy’s highest honour. Did we get all of the cliches out of the way?

It’s time for the most exciting televised dinner of the year, with six clear contenders to claim Charlie.

Here’s everything you need to know about the 2022 Brownlow Medal.

SIX STANDOUTS: There are six Brownlow Medal fancies… here’s the verdict on each

PREDICTOR: We ran 10k simulations to predict the Brownlow. A wild scenario looms

ROUND-BY-ROUND: When the six big contenders will make their moves

WHEN IS THE BROWNLOW MEDAL?

The Brownlow Medal has been moved to Sunday September 18, avoiding the Monday due to a clash with the funeral of Queen Elizabeth II.

The medal count begins at 7pm AEST, with live coverage and every vote as they’re revealed on Foxfooty.com.au.

WHERE IS THE BROWNLOW MEDAL HELD?

The Brownlow Medal count will be held at Crown Casino in Melbourne.

It’s the first time it’s been held in Victoria since 2019. Last year the Brownlow was held in Perth, while in 2020 it was split across TV studios in different cities.

Foxfooty.com.au will have all the coverage from the event including the red carpet, every vote in our live Brownlow Tracker, all the news – including the Goal of the Year and Mark of the Year winners – plus the wash-up from the morning after.

You can watch the Brownlow Medal on TV, and stream it on 7Plus via Apple iOS and Android mobile/tablet apps (including Chromecast/Airplay functionality), Telstra TV, Samsung Tizen (2016 and later), Fetch TV, Apple TV, PlayStation 4 and 5, Android TV / Google TV and LG TV, or via the AFL Live app.

The red carpet broadcast begins at 7pm AEST, with the count itself from 7:35pm AEST, on Channel 7 in Melbourne, Adelaide and Perth, and 7Mate in Sydney and Brisbane.

The Brownlow Medal winner will be announced at 10:15pm AEST.

HOW IS THE BROWNLOW MEDAL DECIDED?

Umpires vote 3-2-1 for the best and fairest players in every match. The player who receives the most votes at the end of the home and away season is declared the winner.

In the event that two or more players tie, multiple winners are crowned.

Players who are suspended are deemed ineligible.

HOW MANY VOTES DO YOU NEED TO WIN THE BROWNLOW?

Just like in society, inflation has hit the Brownlow, with winners polling more and more votes over the past decade.

Bontempelli, Oliver and Walsh joined Patrick Dangerfield (33 in 2017) and Sam Mitchell (30 in 2011) as the only players to poll 30+ votes and not win the medal under the current voting format.

Over the last three seasons to win you needed to average at least 1.64 votes per game, with Lachie Neale polling an absurd 1.82 votes per game in 2020.

Recording 31 votes from 17 matches, in a normal-length 2020 season he would have threatened 40 votes.

WHO ARE THE BROWNLOW MEDAL FAVOURITES?

It’s a race in six for this year’s medal, with only a sextet of players rated as any realistic chance of taking home Charlie.

Lachie Neale is the narrow favourite to win his second Brownlow, the 2020 winner bouncing back from a difficult 2021 campaign and producing an outstanding 2022 to help push Brisbane into the preliminary finals.

Neale has an advantage over fellow favourite Clayton Oliver because the Lions superstar has fewer teammates likely to take votes off of him – with only Hugh McCluggage also likely to reach double-figures.

Meanwhile at Melbourne Oliver (the second-favourite) must compete with Christian Petracca (sixth-favourite), plus Max Gawn, who had some clear best-on-ground performances throughout the year.

Carlton’s Patrick Cripps has come close to winning the award before, but was doing it in a bottom-six side. After winning more games than he lost for the first time, the Blues star’s return to form has him in the mix, especially if he starts well.

There’s every chance Cripps will be on nine votes after three rounds, and was arguably best-on in six of the first eight games.

In contrast Andrew Brayshaw proved uber-consistent for Fremantle and is likely to make his push just before his club’s Round 14 bye. Like Neale, the AFL players association’s MVP winner had the advantage of being the standout midfielder in his side, with Nat Fyfe barely playing this year.

The sixth and final contender is Gold Coast’s Touk Miller, who nearly propelled his side into September for the first time. Miller polled 17 votes last year when he was also an All-Australian but sometimes players don’t get recognised by the voting umpires until a year after their breakout season.

All odds via Pointsbet, correct as of 12pm Tuesday

DOES THE BROWNLOW FAVOURITE USUALLY WIN?

Typically yes, but this is just the second time since 2012 the favourite is not at a shorter price than $3, suggesting an open field and exciting race.

In the last seven counts only Nat Fyfe ($7 in 2019) has upset the pre-count favourite, as analysts and oddsmakers get better at predicting the likely winner.

WHICH PLAYERS ARE INELIGIBLE? (When they became ineligible)

Mitch Robinson (Round One)

WHO ARE THE PREVIOUS WINNERS?