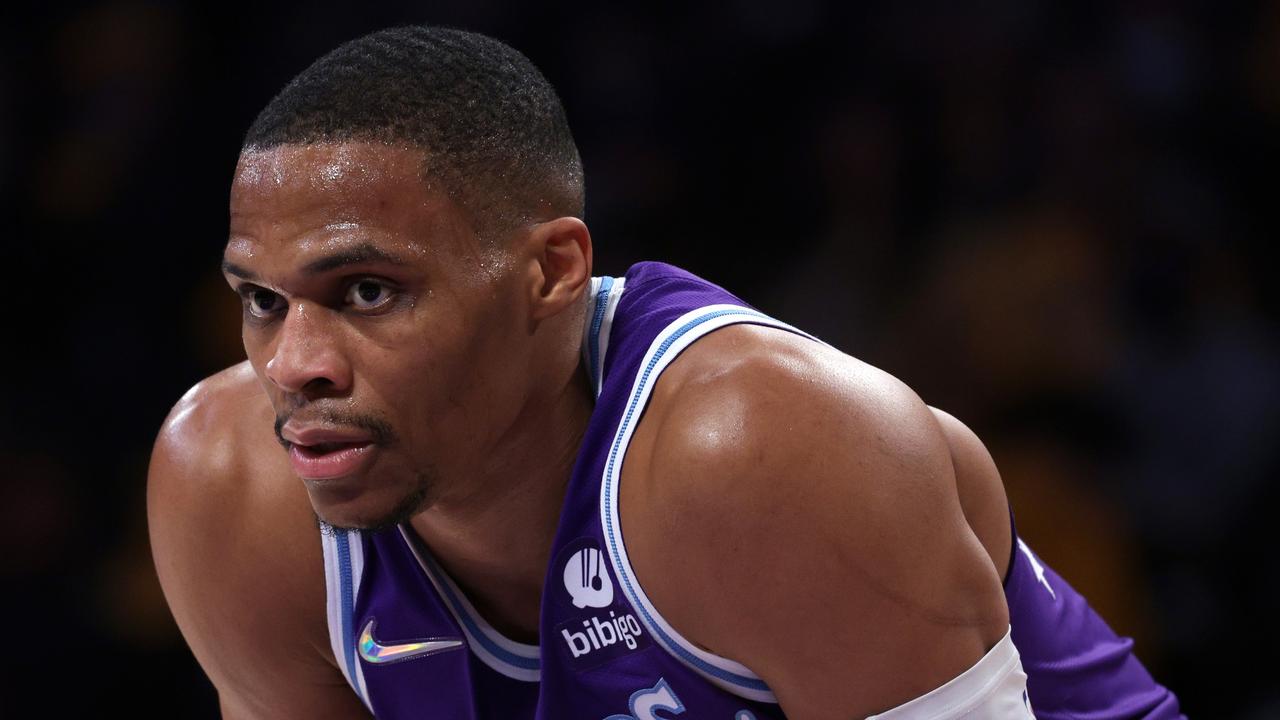 LeBron James has said the Los Angeles Lakers will not be shutting it down but it does appear that the Russell Westbrook experiment is nearing an end.

According to Bleacher Report’sJake Fischer, Westbrook and the Lakers’ front office have “mutual interest” in finding him a new home in the trade market over the summer.

Westbrook has a $47 million ($A64m) player option for the 2022-23 season, which will become an expiring contract should he pick it up.

Watch the 21/22 NBA Season with ESPN on Kayo. Live coverage every week plus every game of the NBA Finals. New to Kayo? Try 14-Days Free Now >

With that in mind, it will make it somewhat easier for the Lakers to move Westbrook on and start building around James and Anthony Davis again.

A strategist told Bleacher Report that stretching Westbrook’s contract would drop the Lakers to just $2.5 million ($A3.4m) above the salary cap.

“That would allow them to sign a rotation piece to the non-taxpayer mid-level, and another player to the bi-annual exception,” the report added.

Then you add in the fact that by the time the offseason rolls around, the Lakers will also be able to trade their 2029 first-round pick and 2027 selection.

That will only further strengthen any potential trade packages involving Westbrook and the possibility of an appealing return.

While there are obvious reasons for the Lakers to move on from Westbrook, the question is what issues the star point guard has to want out himself.

According to Fischer, Westbrook was firmly against the idea of coming off the bench for the Lakers this season and has “publicly chafed about being sidelined during fourth quarter play”.

Elsewhere, another situation to monitor in the off-season surrounds the future of Philadelphia 76ers star Tobias Harris.

Joel Embiid and James Harden have quickly proven themselves to be one of the most destructive tandems in the game while Tyrese Maxey has emerged as a star in waiting.

It leaves Harris in an awkward position and will likely see him moved on in the summer, with ESPN’s Brian Windhorst revealing there are concerns over his fit in the new-look Philadelphia.

Speaking on ESPN’s ‘Hoop Collective’ podcast, Windhorst said that league executives are expecting Harris to be made available this summer and are already planning ahead as such.

That may make it difficult to find a buyer but Oklahoma City have widely been tipped as the frontrunner to take Harris when it comes to available cap space.

Another alternative could include Houston Rockets star John Wall.

Speaking of Wall, NBA insider John Hollinger claims the potential of Houston buying out the 31-year-old is no longer as ludicrous as it may have first seemed.

There were whispers of a possible last-minute Wall for Westbrook trade before the deadline but that did not eventuate, with the Rockets holding firm.

Houston has a non-playing agreement with Wall, who has one year left on his current contract, which is worth $47 million ($A64m).

Reports have consistently suggested neither party is interested in a buyout this season but Hollinger says while “unlikely” it is “no longer completely bananas”.

“Both player and team have realised by now that nobody is ever trading for this contract,” he wrote for The Athletic.

The key question then, according to Hollinger, is how much money Wall is willing to sacrifice to hit the open market and get back on the court.

“His playing style doesn’t fit everywhere, but even after spending the year on his couch, he’s clearly the most talented player available via buyout,” Hollinger added.

He went on to describe Westbrook as the “biggest obstacle” to a Wall buyout, given the Lakers star is the only player whose contract would be realistically tradeable.