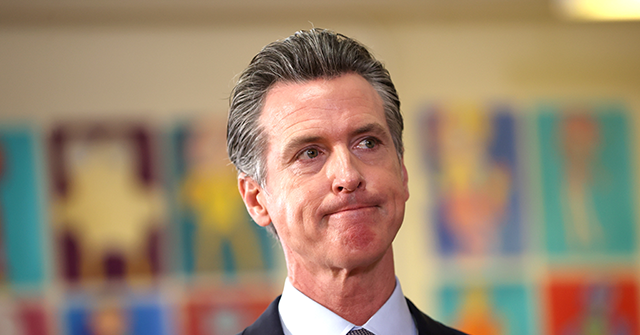 California Democrats fell short of the votes needed to pass a “single-payer” health care bill Monday that would force a government takeover of the state’s health insurance industry, raising taxes dramatically to create socialized medicine for all residents, legal or not.

The proposal for “CalCare” attracted support from left-wing “progressives” — and strong opposition from business groups, who pointed out that a similar policy had already failed recently in Vermont, the home of socialist Sen. Bernie Sanders (I-VT). The proposal would have required $163 billion in new taxes — and not just on the wealthy. (By comparison, the entire proposed state budget for California this year is an already-staggering $286.4 billion; single-payer would add 57%.)

The State Senate passed a single-payer health care bill in 2017, but failed to explain how it would be paid for, leading the State Assembly to drop it, and prompting death threats to flood the office of Assembly Speaker Anthony Rendon (D-Los Angeles).

It faced intense opposition from a coalition of powerful health care organizations, including the California Medical Association representing doctors and the California Association of Health Plans representing insurance companies. The bill threatened the existence of private insurance companies and would have overhauled the health care system, prompting fierce push-back from many parts of the industry.

The bill by Assemblyman Ash Kalra, D-San Jose, outlined the policy framework for a single-payer system. To fund it, lawmakers would have also needed to pass a separate bill to increase taxes on people making more than $49,900 per year. The taxes Kalra proposed would also require voter approval.

Last weekend, an op-ed in the Wall Street Journal noted:

Vermont Gov. Peter Shumlin campaigned on a promise to enact single payer but shelved his plans in 2014. The idea was “just not affordable,” he said after getting a look at the cost to Vermont’s economy. “We were pretty shocked at the tax rates we were going to have to charge.” The single-payer bill pending in the California Legislature goes far beyond the proposals Vermont considered.

California Democrats have supermajorities in both houses of the state legislature and can pass anything they want at will. Evidently the cost of the legislation, and the pushback from business groups, was enough to give some Democrats pause.

Governor Gavin Newsom supported proposals to create a single-payer health care system when he ran in 2018. But unions began to oppose such policies publicly during the 2020 Democratic Party presidential primary, once it became clear that policies such as “Medicare for All” meant ending the private health insurance benefits in collective bargaining agreements. Newsom was reported earlier this year to have backed away from his support for a single-payer model as he faces reelection.