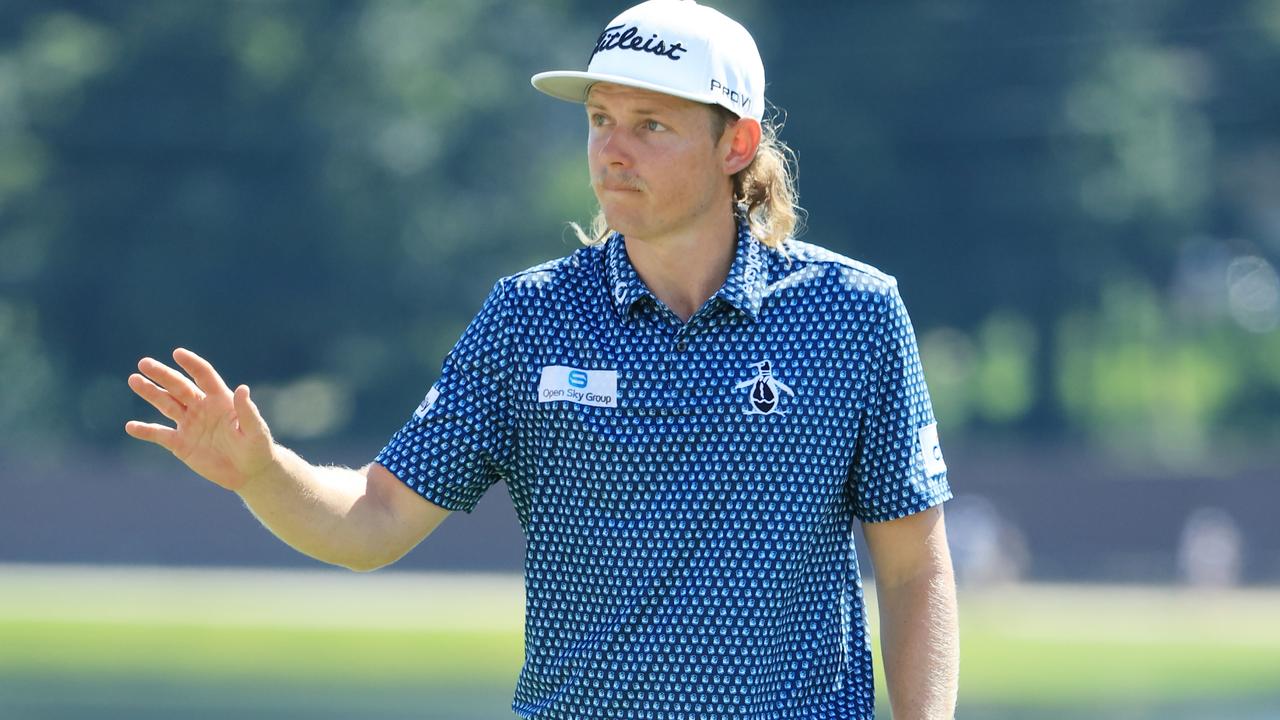 Just last week Cameron Smith said he “absolutely” wanted to play in the Presidents Cup and being world No.1, a feat achieved by just three Australians, was a career goal.

Now both are off the table for the world No.2 who faces a slow slide down the world rankings and exile from the PGA Tour-run Presidents Cup after making a potentially career-defining choice to forgo what could have been an everlasting golfing legacy to instead play glorified exhibition tournaments, broadcast only on YouTube, which the world rankings will never recognise.

Greg Norman’s LIV Tour could indeed be changing the face of golf, an agenda the Great White Shark continues to push, and his motives, to shatter what he believes is a US PGA Tour monopoly and take the best golfers around the world isn’t without significant supporters among both the playing ranks and other tours.

Watch every round of The President’s Cup LIVE with Fox Sports on Kayo 20th – 26th Sep. New to Kayo? Start your free trial now >

Australian golf has been veritably stomped on by the wraparound US season, which finishes in August, then begins again two weeks later, forcing so many players fighting to make the money needed to retain playing rights and earn ranking points to stay in action overseas and forgo not just the shrinking season at home but mid-season trips as well.

The US PGA Tour’s reaction to significantly increase prizemoney among a raft of changes this season and beyond was also seen by some as vindication for outspoken LIV converts like Phil Mickelson, who was adamant money was being held back from players.

But Smith, and Marc Leishman who has joined his great mate in Boston this week for their first LIV event, have never espoused any golfing political views, nor have they been outspoken in calls for change.

It makes their defections purely about personal choice.

That’s a choice not only to take the monstrous financial incentives, with Smith reportedly pocketing as much as $140m, but a choice to play events limited to 48 players, with no cut, and over just 54 holes at second-rate courses.

It’s a choice to pit himself not against Tour Championship winner Rory McIlroy and world No.1 Scottie Scheffler but instead to try to beat the likes of fellow new signings like Anibarhn Lahiri and Cameron Tringale, neither of whom have ever won a PGA Tour event.

Put to one side the views, albeit significant, pointed and worthwhile ones formed by the fact the cash is coming from the Saudi Arabian government, a country with a horrendous human rights record.

Smith himself said he was “ready to cop some heat” about those elements of his decision, which earned him some heckling at the St Jude Classic in Memphis to that effect.

But just consider that a 29-year-old star, fresh off his first major win at the British Open, who won three times in 2022 and contended in every tournament he teed it up against the best players in the world, has decided to go play against those who aren’t the best in the world.

Smith has already had a good enough career, at just 29, to have met the minimum playing eligibility requirements for entry in to the World Golf Hall of Fame. That is, however, a purely statistical measurement.

The true worth of a career is measured in major wins, in taking on the best and beating them regularly, in flying the flag for your country in the best possible fashion, in creating a legacy that stands the test of time.

Smith had the opportunity to do that, and while most concede the golf world is in a “state of flux” right now and could some way find a happy medium where there are no barriers to competition, that is not the case right now.

Instead, it’s a world of personal choice, of cash grabs, of competing incentives, of proper tournaments that have stood the test of time and a new “lite” version that will struggle to achieve the level of gravitas needed to enhance legacy, no matter how hard Norman pushes for those crucial world ranking points.

It’s that world Smith and Leishman have chosen to join.

Both will get the chance to explain themselves fully in Boston before the tournament begins, with press conferences scheduled.

But it will be where they land in the greater golfing conversation in 12 months or 10 years that could yet prove whether they made the right call.