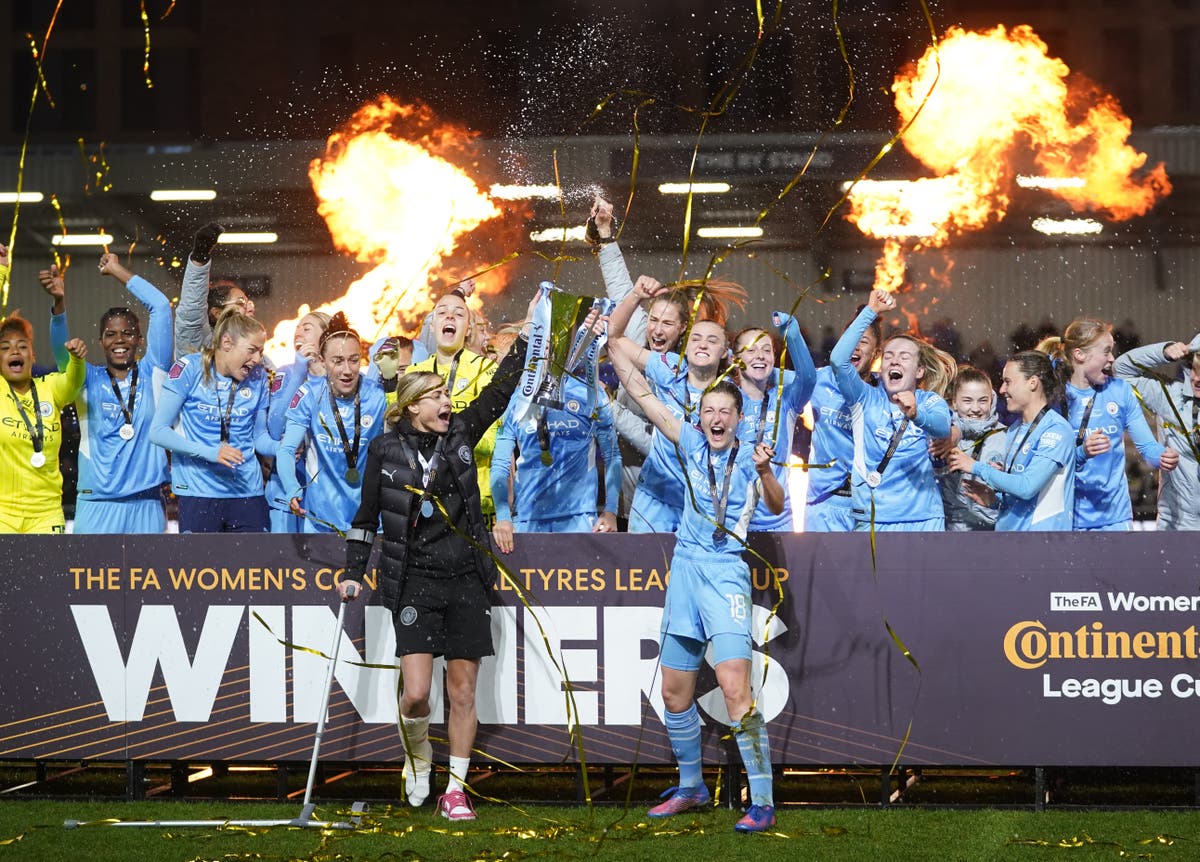 Manchester City midfielder Caroline Weir expressed her delight at a “top performance” from her side as they became Continental League Cup champions by beating Chelsea 3-1.

Sam Kerr put the Blues in front before a ruthless second-half display from City saw Weir and Ellen White score three goals between them in 20 minutes.

Weir, who netted a double, felt her team were rewarded for finding an extra gear in the second half.

“We came out the second half, upped the intensity, and we got an early goal which helped in the second half and then we just went from there,” the Scottish international told the BBC.

“It was a top performance from across the whole team today so we’re delighted to come out on top and win the trophy again.”

City had a difficult start to their season with injury problems and Weir paid tribute to how hard the team have worked.

“It’s clear to everyone that we struggled at the start of the season a little bit, but we kept working hard, keeping to our processes and training hard, and we knew things would turn around when everyone was back fit so that showed today,” she said.

Manager Gareth Taylor agreed that his side were worthy winners after they earned their fourth League Cup success, moving them one behind record holders Arsenal.

“[I’m] really proud of the players, I thought we were immense second-half-so good- we knew we weren’t great in the first-half, we knew we had to tweak a few things,” he told the BBC.

“We spoke a little bit about belief and faith at half-time and I don’t think the players could’ve shown more of that in the second.

“We went up so many levels it was unbelievable and we’re deserved winners.”

Chelsea manager Emma Hayes admitted that the best side won over 90 minutes.

She told the BBC: “I think first half we did enough without having control of the football in the way we wanted, and that’s what let us down today.”

“We didn’t keep the ball well enough and then it becomes quite transitional.

“I thought second half, Niamh’s [Charles] off the pitch, we’re down to 10 and they get a goal, momentum’s shifted.