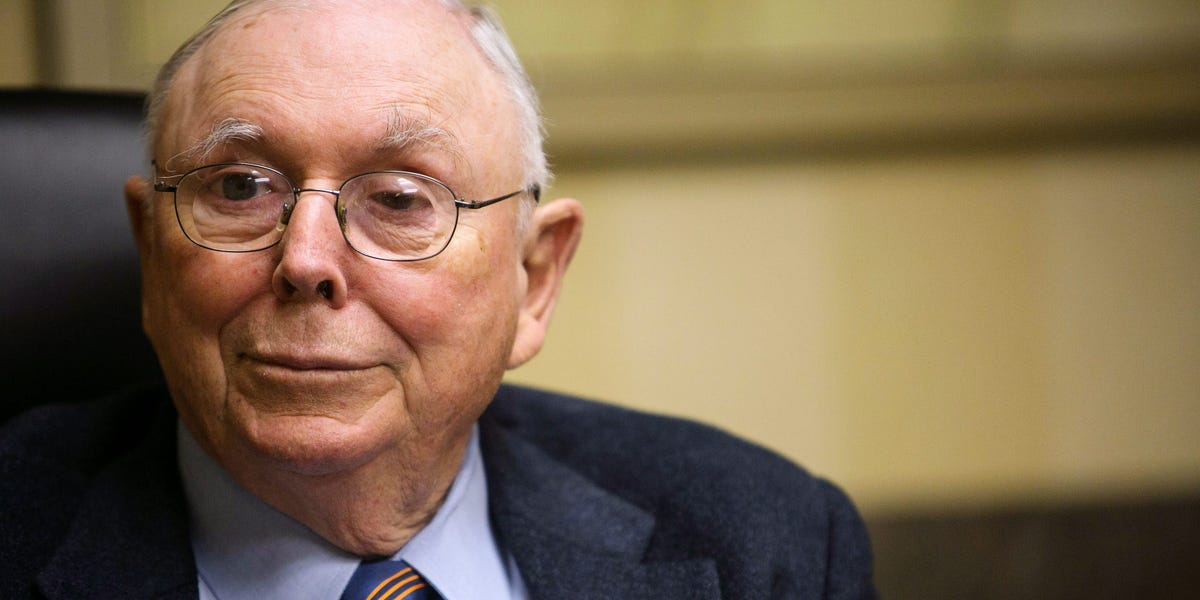 Charlie Munger warned of dangerous speculation in markets, blasted cryptocurrencies, and rang the inflation alarm during Daily Journal’s annual shareholder meeting on Wednesday. Yahoo Finance tweeted some clips of the meeting earlier in the day; we’ll be following along with the platform’s delayed livestream of the event.

Munger, best known as Warren Buffett’s business partner and the vice-chairman of Berkshire Hathaway, has also served as Daily Journal’s chairman since 1977, and continues to manages the company’s investment portfolio.

The 98-year-old investor, polymath, and amateur architect is notoriously blunt; his most memorable comments include dismissing bitcoin as “rat poison” and calling Robinhood a “gambling parlor” that’s “beneath contempt.”

Here’s our live coverage of the meeting:

Munger was asked to reveal the security which Daily Journal purchased with margin debt in the fourth quarter. He declined to reveal it, noting both Berkshire and Daily Journal only disclose what they have to so other investors don’t know what their buying.

The Daily Journal chairman was asked why he’s happy to invest in China, whereas other top investors such as Jeff Gundlach are wary of doing so. Munger highlighted China’s huge population and technological advances, and explained that he invested in the country because he could get better value.

“I feel about Russia the way he feels about China,” Munger says about Gundlach, saying he empathizes with the DoubleLine Funds chief’s concerns.

Munger was questioned about the risks tied to his Alibaba and undisclosed margin-debt bet. “We don’t mind a tiny little bit of margin debt,” he said.

The veteran investor elaborated on why he and Buffett invest in China, saying Chinese companies are stronger relative to competitors and cheaper than US rivals.

“Warren like many other intelligent people likes to invest where he’s personally comfortable,” Munger said, adding that he’s more comfortable than China than Buffett.

“I don’t think Alibaba is as entrenched as something like Apple and Alphabet,” Munger said, predicting the internet will be highly competitive space regardless of size.

“I’m proud of the fact I’ve avoided it. It’s like some venereal disease … I just regard it as beneath contempt,” Munger said about cryptocurrencies. He asserted that people welcome the tokens because of their usefulness in extortion, kidnapping, tax evasion, and said he admired the Chinese for banning them.

Munger welcomed the idea of the

“The great short squeeze in GameStop was wretched excess, certainly the bitcoin thing was wretched excess,” Munger said, adding that too much money is being thrown at venture capital. He warned that some people are using the stock market as a “gambling parlor,” and says if he was the dictator of the world, he would have put a tax on short-term gains that made the stock market less liquid and discouraged short-term investment.

“It’s not a good marriage and we need a divorce,” he says about stocks being bought and sold so frequently.

Munger compared the rampant speculation in markets to a drunken brawl and warned it could have devastating consequences for humanity. He predicted the current asset-price bubble would end badly, but said he couldn’t predict when it would burst.

“The troubles that come to us could be worse than what Volcker was dealing with, and harder to fix,” Munger said, when he was asked to compare the current spate in inflation to the surge in prices during the 1970s.

Munger was asked what individual investors should do to prepare for inflation. He disclosed that his family owns shares of Berkshire, Costco, Daily Journal, some Chinese stocks via his friend and Himalaya Capital Management’s boss Li Lu.

“It may be that you have to choose the least bad of a bunch of options.”

I really like Bobby Kotick who’s one of the smartest business executives I know,” Munger said about Activision Blizzard’s CEO. Berkshire revealed this week that it bought a $1 billion stake in the owner of “Call of Duty” and “World of Warcraft” in the fourth quarter.

Munger predicted gaming is here to say, but bemoaned that video games are too addictive and a generation of young men are wasting too much of their lives playing them. He also expressed his distaste for violent video games, but celebrated other games as harmless pleasures. He also downplayed the metaverse, suggesting Activision Blizzard and other companies have gotten very large by creating traditional games.

Munger threw his weight behind the US government supporting investment in renewable resources, arguing that approach would conserve valuable petroleum reserves, and he doesn’t want natural resources to be used up rapidly.

Berkshire meeting and the pandemic

Munger predicts Berkshire’s annual meeting will be held in-person this year. He hopes the pandemic fades into a flu-like threat that causes between 30,000 and 60,000 deaths a year, and Americans learn to live with it.

“I’m always looking for something that’s good enough to put Munger money in, or Berkshire money in, or Daily Journal money in,” Munger said. He downplays the importance of picking one index over another, and says he tries to swim against the tide as best he can.

Munger said he expected Microsoft, Apple, and Alphabet to be really strong companies 50 years from now. However, he notes that he wouldn’t have predicted the department-store giants of his youth would fall by the wayside, or General Motors or Kodak shareholders would be wiped out.

Munger noted that lots of people have grown used to not being in the office five days a week, and he expects that to be a permanent shift. He suggested that corporate executives won’t be flying around the world frequently to meet in person.

He noted that Berkshire’s directors have only met twice a year in person for years, and he’s happy other companies are saving money and acting more efficiently. He said it may be a good thing if people commute less, as it saves time and reduces traffic.

Munger said former Treasury Secretary Larry Summers was probably right that the US government provided too much stimulus, and it should be less liberal with its giving next time around.

Munger underscored how important capitalism “with Chinese characteristics” has been to the country’s economic success.