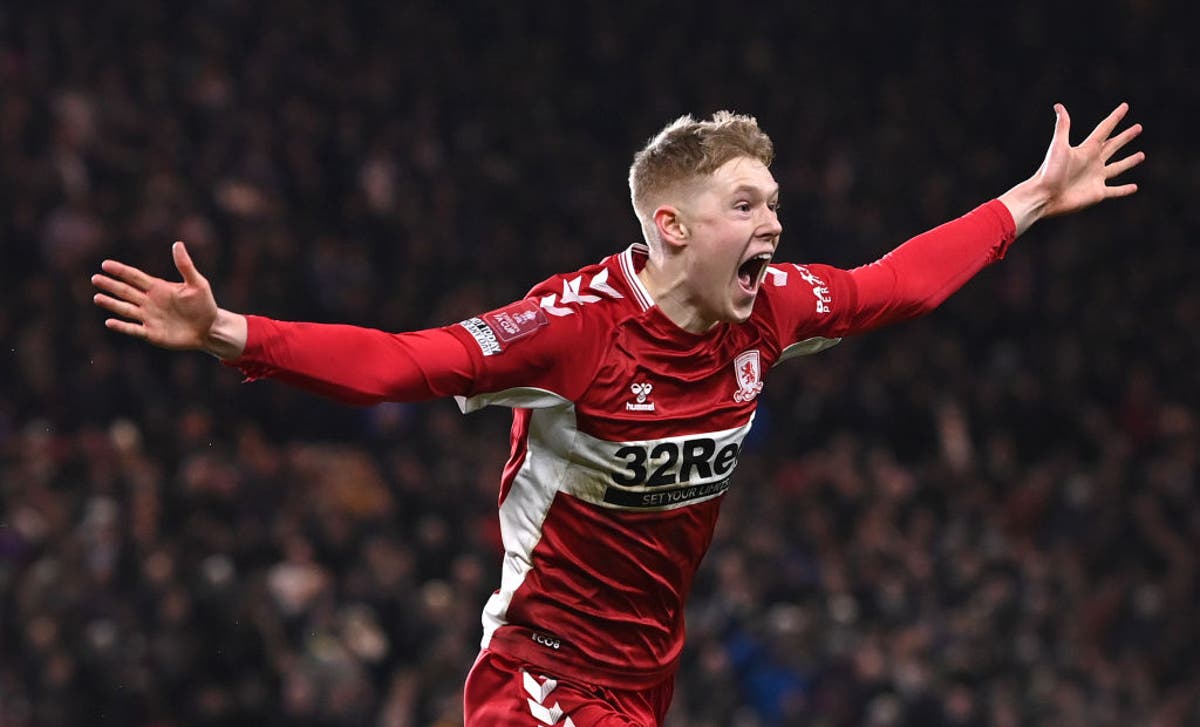 Chelsea have been handed an away trip to Middlesbrough in the FA Cup quarter-finals, as the Premier League’s top three avoided one another in Thursday’s draw.

Manchester City were drawn away to Southampton while Liverpool will face the winners of Monday’s tie between Nottingham Forest and Huddersfield.

Chris Wilder’s Middlesbrough produced another Premier League scalp as they knocked out Tottenham Hotspur to reach the last eight, following their penalty shoot-out victory over Manchester United at Old Trafford.

Josh Coburn’s winner secured a memorable win over Antonio Conte’s side and Middlesbrough’s reward is another home tie against Chelsea, who came from behind to defeat Luton Town on Wednesday.

Manchester City avoided an upset against Peterborough to advance to the quarter-finals and face Premier League opposition in Southampton at St Mary’s.

Liverpool, meanwhile, could face a first meeting against Nottingham Forest since 1999 if Steve Cooper’s team continue their cup run and defeat Huddersfield at the City Ground on Monday night.

The winner of the match between Everton or non-league Boreham Wood, who meet at Goodison Park this evening, will travel to Crystal Palace.