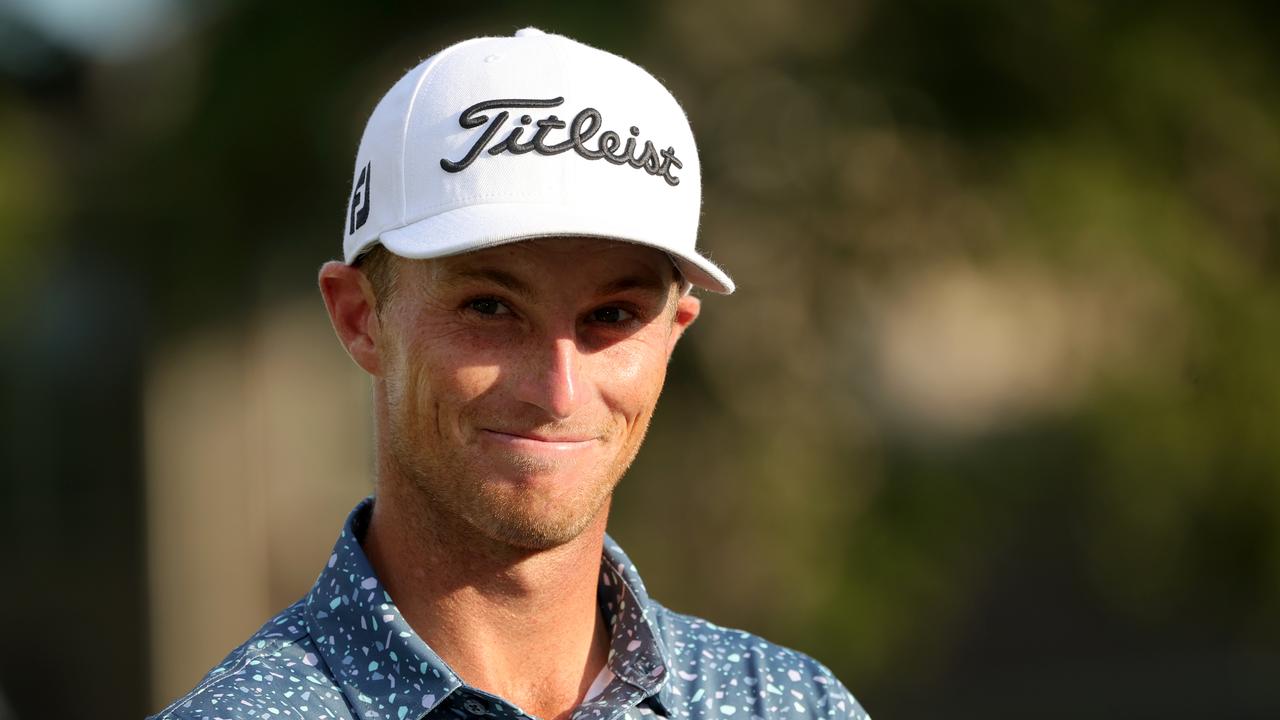 If there is any reason to go to defect to the LIV Golf Tour it is for the money, with a prize fund of $25 million up for grabs in every regular season event.

But Will Zalatoris is still not wavering in his support of the PGA Tour and delivered a perfect truth bomb for those who have defected in the name of earning more money.

Having claimed his first-ever tournament win on tour, taking out the FedEx St. Jude Championship, Zalatoris was on the verge of a big breakthrough.

Watch LIVE coverage from The USPGA Tour with Fox Sports on Kayo. New to Kayo? Start your free trial now >

A back injury though then forced him to withdraw from the BMW Championship and later the Tour Championship along with a shot at the $18 million prize for first place.

Even still, Zalatoris is not giving a LIV switch a thought.

Speaking in an interview for ‘In Depth with Graham Bensinger’, Zalatoris said: “People ask me, ‘Shouldn’t you be a prime candidate to go to LIV because of the situation of your first year on tour where you couldn’t be a part of the FedEx Cup Playoffs?’ And I said, ‘Guys, I haven’t won yet, and I’ve made more than $10 million on tour.’”

“If I sat there and said I feel like I’m under-compensated as a PGA Tour pro, what does that say about me?” Zalatoris added.

It comes after the upstart tour faced new criticism on Friday as Bryson DeChambeau said he expects eventual compromise with the US PGA Tour.

The LIV Golf Chicago Invitational teed off Saturday, with 48 players including Australian Cameron Smith chasing a $4-million top prize from a $25-million purse in the fifth event of the inaugural season.

LIV Golf has caused turmoil in the golf world by luring away many of the PGA Tour’s biggest names with record prize money and fewer events, despite criticism the series acts as cover for a dismal Saudi human rights record.

The latest rebuke came Thursday from US Senator Dick Durban of Illinois, who tweeted his unhappiness at the event being hosted in his home state.

“This weekend, a golf glove will try and cover a blood-stained hand as the LIV golf tournament comes to Chicago in the Saudi government’s continued, desperate attempt to clean up its image,” Durban wrote.

DeChambeau, the 2020 US Open winner, said the continuing controversy was “something that hopefully we’ll get figured out over the course of time.”

The PGA Tour has suspended players who jump to LIV Golf indefinitely, with stars such as Rory McIlroy and Tiger Woods saying they don’t want to see LIV players in PGA events.

An antitrust lawsuit by LIV players against the PGA is not set for trial until 2024.

In the meantime, DeChambeau sees a resolution between LIV and the PGA eventually, even with both sides hardened in their positions at the moment.

“In regards to the landscape of the game, it’s completely different now, and I think it’s ultimately for the better,” DeChambeau said.

“People will see that over the course of time. It’s just going to take a little bit of time.” DeChambeau said he wanted to see a LIV Series versus PGA Tour event.

“With the landscape and the way that things are going, I hope one day we can come to a compromise. I would love nothing more than that,” he said.

“It would be fun to have what (American) football is doing… a Super Bowl sort of thing.’ DeChambeau sees some PGA changes for the 2022-2023 season that began Thursday as prompted by LIV, including a minimum $500,000 for fully exempt players.

“Whenever there’s disruption in the world, no matter what it is, in the end it’s always a net positive. In a year or two, you’re going to see a lot of positive change,” he said.

“Over the course of time, they will come to a resolution. There has to be. It’s only in the best interest of the game of golf down the road.”