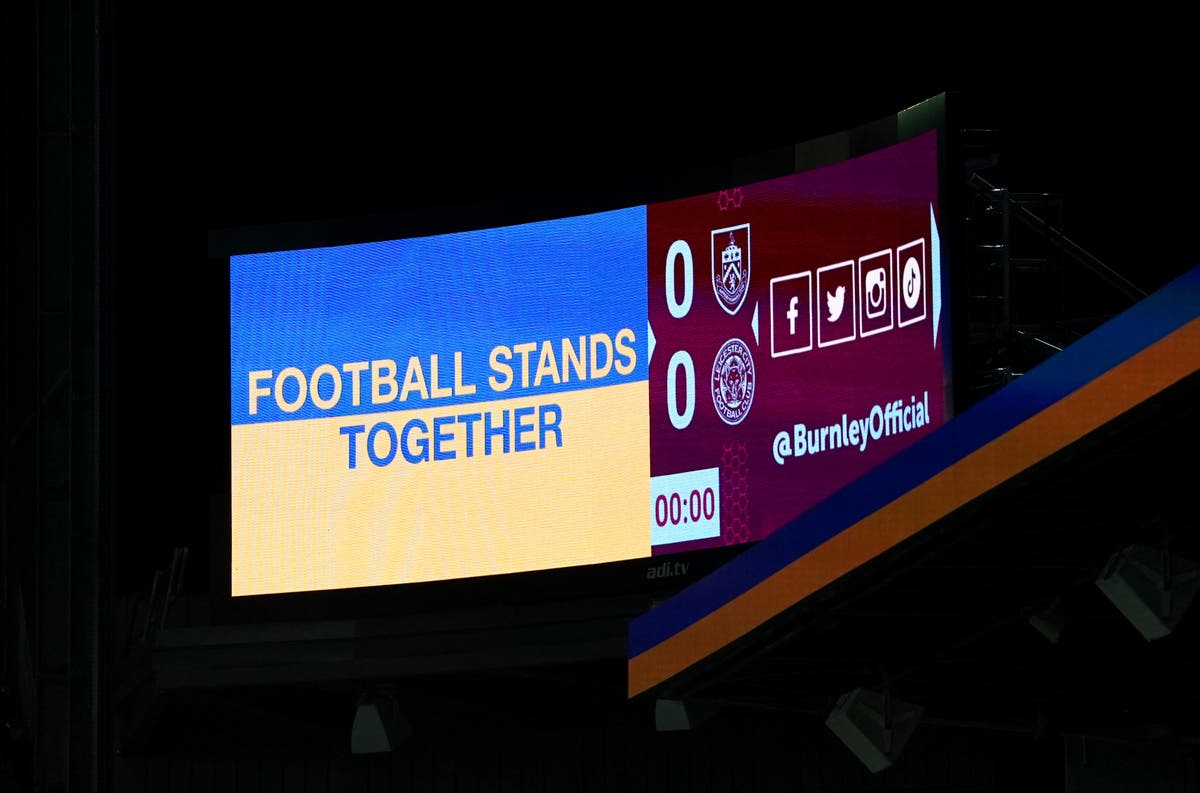 China will block coverage of this weekend’s Premier League fixtures with England’s biggest clubs set to demonstrate support for Ukraine.

The Premier League has expressed its intention to show solidarity with Ukraine in various ways across the 10-match programme, starting with Leicester’s home clash against Leeds in Saturday’s early kick-off.

The BBC first reported that Chinese rights holder iQIYI Sports had reacted by refusing to show the matches.

And although the Premier League has declined to comment, the PA news agency understands that the blackout is due to go ahead. The move has been interpreted as a sign of China’s strong relationship with Russia.

Premier League chief executive Richard Masters told the Financial Times Business of Football Summit that the league’s Russian television deal with Rambler was “under review” and could be suspended or terminated soon, though it is likely matches will be aired this weekend.

Away from football, the International Paralympic Committee (IPC) president Andrew Parsons used his speech at the opening of the Beijing Winter Paralympics to make an impassioned plea for peace.

The Beijing Winter Paralympics started on Saturday, 48 hours after the IPC performed a U-turn to exclude Russian and Belarusian athletes from the Games rather than allow them to compete as neutrals.

Russia’s Paralympic team are returning home from China after deciding not to appeal, which came amid the threat of other countries staging a mass boycott.

“Tonight I want and must begin with a message of peace,” said Parsons as the Paralympics were officially opened on Friday at the Bird’s Nest Stadium.

“As a leader of an organisation with inclusion at its core, where diversity is celebrated and differences embraced, I am horrified at what is taking place in the world right now.

“The 21st century is a time for dialogue and diplomacy, not war and hate.

“The Olympic truce for peace during the Olympic and Paralympic Games is a UN resolution. It must be respected and observed, not violated.

“At the IPC, we aspire to a better and more inclusive world, free from discrimination, free from hate, free from ignorance and free from conflict.”

Despite the war in their homeland, Ukraine managed to send a full delegation of 20 athletes and nine guides to Beijing to take their place for Friday’s parade of nations.

The team won a medal on the first day with biathlete Taras Rad claiming silver behind China’s Zixu Liu.

With a contingent of 25, the 2022 ParalympicsGB squad is the largest since 1994 in Lillehammer and will aim to better the seven medals won four years ago, which included one gold.