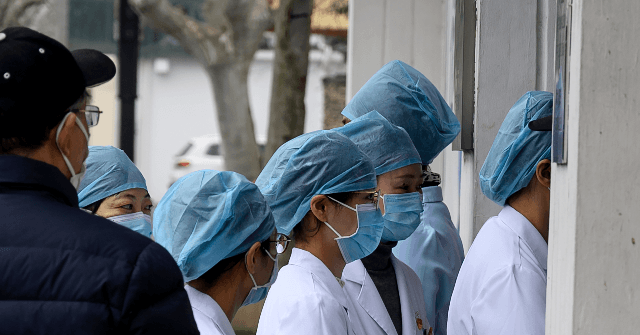 Chinese Communist Party officials in eastern China’s Suzhou city shut down most medical services and schools across the metropolis of 10.72 million people on Monday allegedly in an attempt to contain just eight new cases of the Chinese coronavirus, China’s state-run Global Times reported.

“Suzhou in East China’s Jiangsu Province, home to over 10 million people … has suspended schools and parts of its medical services after eight COVID-19 [Chinese coronavirus] cases were found in the city on Monday,” according to the newspaper.

Several Suzhou hospitals “halted outpatient and emergency medical services” on the evening of February 13 after the city detected four new coronavirus cases in the city, according to the state-run China Central Television (CCTV). Health officials reported four additional cases of the disease on February 14, bringing Suzhou’s coronavirus caseload to eight at press time.

At least 39 of Suzhou’s districts were forced into lockdown on February 14 in an effort to contain the city’s latest coronavirus epidemic, according to the newspaper.

“Suzhou residents are required to stay home, avoid gathering and wear masks. They are asked to avoid leaving the city unless it is absolutely necessary. Schools will delay their new semesters, while all training institutes have been closed,” Shine, Shanghai Daily‘s online news outlet, revealed on February 14.

All of Suzhou’s kindergartens, middle schools, and elementary schools closed on Monday to facilitate the lockdowns. Municipal authorities canceled all public gatherings in Suzhou for an undisclosed amount of time on February 14 while additionally shuttering all movie theaters, internet cafes, karaoke bars, mahjong parlors, chess rooms, and pubs.

Suzhou is located just 55 miles west of Shanghai, which is China’s most populous urban area. The threat of Suzhou’s epidemic spreading to Shanghai’s population of nearly 25 million prompted local metro authorities to suspend all bus and subway lines linking the two cities on February 14.

“Part of Shanghai’s Metro Line 11 was shut down at noon on Monday,” Shine reported. “Three stations in Kunshan, under the jurisdiction of Suzhou, were [also] shut down.”

“Meanwhile, all interprovincial bus services between Shanghai and Suzhou, including scheduled bus lines and charter coaches, were suspended at noon on Monday,” according to the state-controlled news platform.