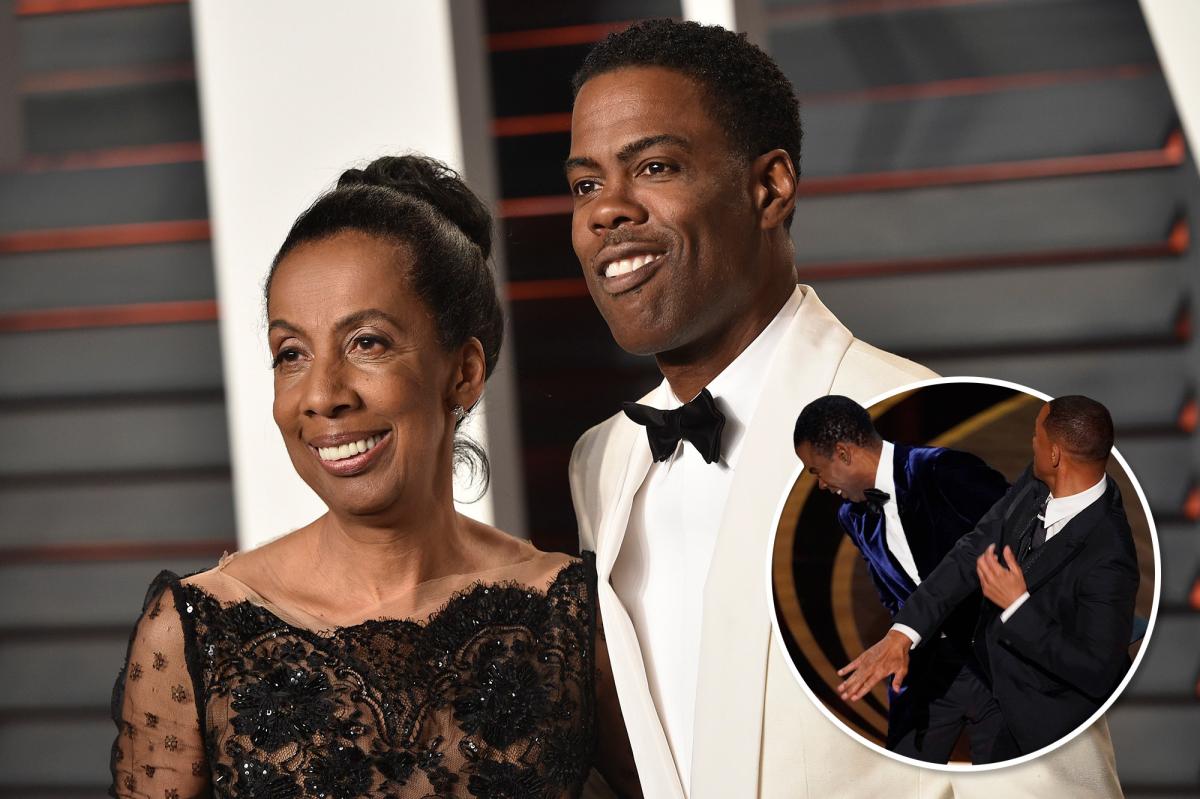 Chris Rock’s mom is finally addressing Will Smith’s infamous slap at the 2022 Oscars.

“When Will slapped Chris, he slapped all of us,” Rosalie “Rose” Rock told South Carolina news station WIS-TV on Friday, marking her first interview since the incident on March 27.

“But he really slapped me. Because when you hurt my child, you hurt me.”

The South Carolina native, 77, admitted that like many viewers at home, she initially thought the televised slap was staged.

She said it wasn’t until Smith, 53, “started using obscenities” directed at Chris, 57, that she realized the bit wasn’t fake.

Rose was also asked in the interview what she’d like to say to Smith today if the two were able to have a conversation.

“I have no idea what I would say other than, ‘What in the world were you thinking? Because you did a slap, but so many things could have happened from that,’” she explained. “Chris could have stepped back and fallen, and you really could have gotten taken out in handcuffs. So, you didn’t think.”

“Because she was mulled over laughing when it happened,” Rose said, referencing her son’s joke about Jada Pinkett Smith’s shaved head.

“No one heard his speech. No one was able to just be in the moment because everyone was sitting there, like, ‘What just happened?’”

Rose told the outlet that Chris is “doing well” now but “still processing” everything that happened.

As Page Six previously reported, Smith stormed the stage and attacked Chris after the comedian quipped, “Jada, I love you, ‘G.I. Jane 2,’ can’t wait to see it.”

The “Red Table Talk” host, 50 – who has been vocal about her struggles with alopecia – rolled her eyes before her husband approached the stage and repeatedly shouted, “Keep my wife’s name out of your f–king mouth.”

Chris responded at the time by saying, “Wow, Will Smith just smacked the s–t out of me” before defending what was “just a ‘G.I. Jane’ joke.”

He added, “That was the greatest night in the history of television.”

Chris has since joked that he won’t be addressing the slap heard around the world until he sees some money.

“I’m OK. I have a whole show, and I’m not talking about that until I get paid,” he said during a comedy set at Fantasy Springs Resort Casino in Indio, Calif., last week, according to the Desert Sun. “Life is good. I got my hearing back.”

Although Chris declined to press charges against Smith, the “King Richard” actor has since resigned from the Academy of Motion Picture Arts and Sciences, and has been banned from attending its events, including the Oscars, for the next 10 years.