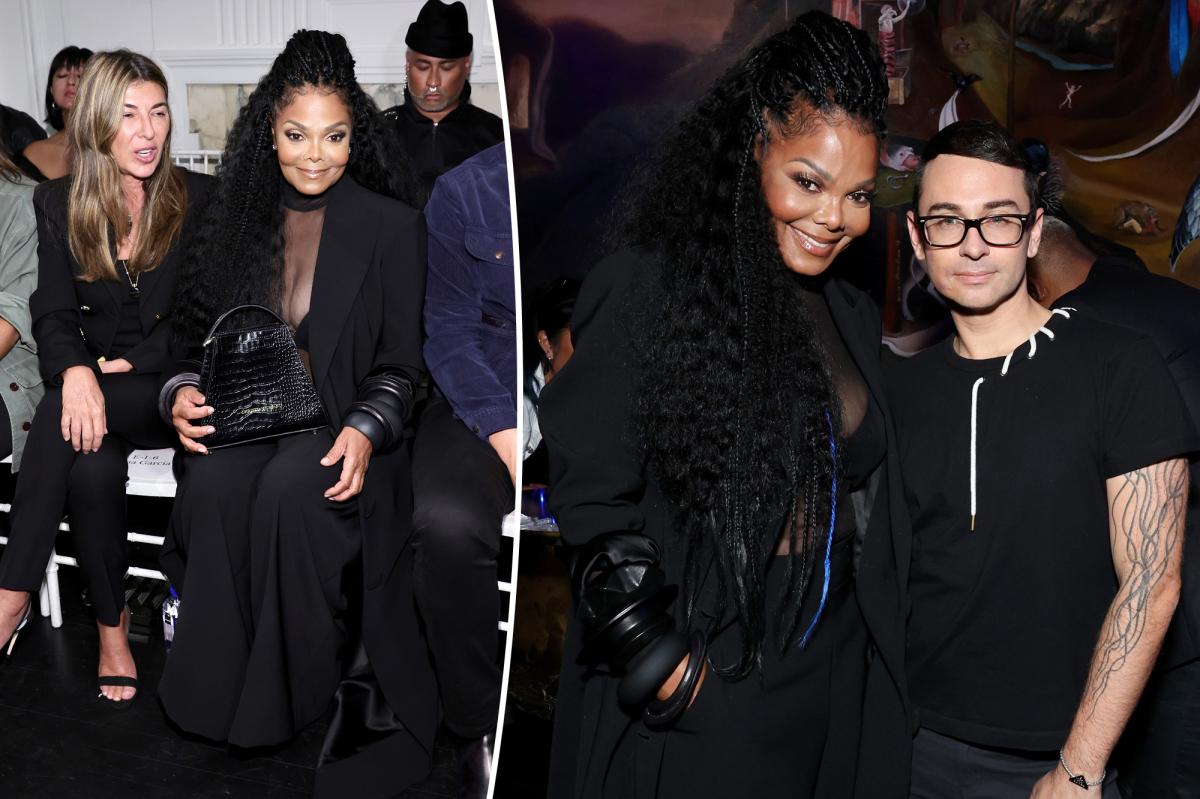 Time waits for no man. But it stops for Janet Jackson, apparently.

“He usually shows during fashion week like on a Saturday, but he had it early this year on a Wednesday to accommodate her schedule. He was like, ‘If Janet’s coming, I don’t care if there are 10 people there, we will make it work,’ ” an insider said.

Needless to say, she was a sensation at the event, which was held at Elizabeth Taylor’s townhouse.

In fact there was such a swarm of photographers around Jackson, one cheekily mused on those basking in the reflected glory.

Journalist Derek Blasberg and editor Nina Garcia — neither of whom have been known to spy away from a lens — had the pleasure of being seated between Jackson. A photographer was overhead saying, “Those two are gonna eat up all this publicity they’re going to get.”

Meanwhile, her appearance at Sirano’s show made green (as in the color of envy) in this season.

Another source told Page Six that a flurry of designers begged Jacksons team to convince her to stay in town so that she could come to their show too. And, naturally, showered her with freebies in hopes of convincing her to accept the invite.

Siriano, who we’re told had never met the “Rhythm Nation” singer before even though she’s worn his pieces in the past, hosted her at his dinner after the show.

Coco Rocha, Leigh Lezark, Maye Musk, Kyle Smith, Candice Huffine, and Jasmine Poulton also dined with them and raised glasses more than once to the collection.

The dinner ended at 9.30pm and the party continued at Paradise Club at the Times Square Edition, where the DJ spun Jackson’s tunes nonstop, we’re told.

A source at the club told us Jackson seemed “out to have a good time.”

Jackson also attended the Harlem Fashion Row event at Lincoln Center the evening before the Siriano show on Tuesday, where LVHM honored her with its “Icon of the Year” award.