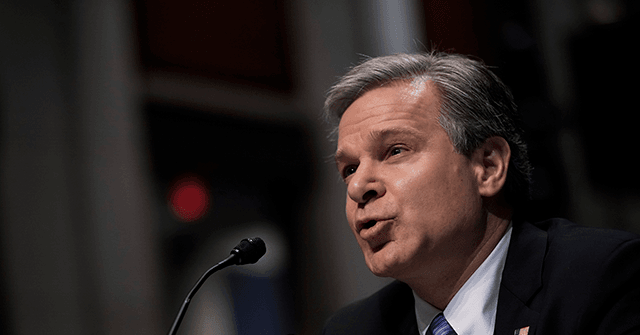 FBI Director Christopher Wray issued a forceful statement on Thursday in response to the harsh rhetoric against the agency following the raid of former President Donald Trump’s private residence at Mar-a-Lago.

Unfounded attacks on the integrity of the FBI erode respect for the rule of law and are a grave disservice to the men and women who sacrifice so much to protect others. Violence and threats against law enforcement, including the FBI, are dangerous and should be deeply concerning to all Americans.

Wray went on to praise the men and women of the FBI for their professionalism and commitment to protecting Americans.

“Every day I see the men and women of the FBI doing their jobs professionally and with rigor, objectivity, and a fierce commitment to our mission of protecting the American people and upholding the Constitution. I am proud to serve alongside them,” he concluded.

Christopher Wray’s statements nearly echo what Attorney General Merrick Garland said during a press conference on Thursday when he admitted to approving the search warrant on the former president’s private residence.

“I will not stand by silently when their integrity is unfairly attacked,” Garland said of the FBI, calling them “dedicated, patriotic public servants.”

January 6 Committee member Rep. Liz Cheney (R-WY) also weighed in and denounced Republicans for questioning the integrity of the FBI.

“I have been ashamed to hear members of my party attacking the integrity of the FBI agents involved with the recent Mar-a-Lago search,” she claimed. “These are sickening comments that put the lives of patriotic public servants at risk.”

I have been ashamed to hear members of my party attacking the integrity of the FBI agents involved with the recent Mar-a-Lago search. These are sickening comments that put the lives of patriotic public servants at risk.

Though prominent conservatives and Republicans were harshly critical of the FBI’s raid on Trump’s private residence, none have called for violence against the FBI or the Justice Department.

The suspect who attacked the FBI field office in Cincinnati has been killed by law enforcement, according to two officials familiar with the matter. His name is Ricky Walter Shiffer. He was at the Capitol on Jan. 6. @NBCNews