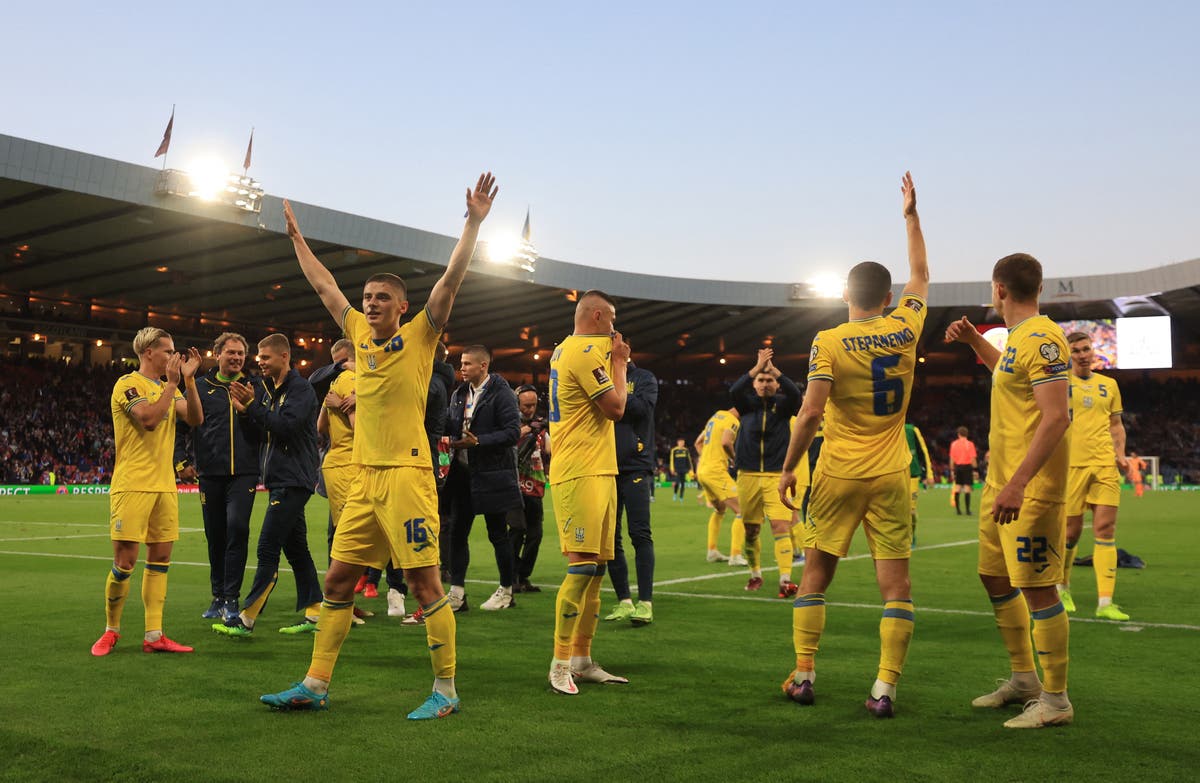 There was already so much to admire about this Ukraine team but perhaps something had been overlooked along the way. As they progressed in their mission to qualify for the World Cup, it was not heart and bravery that saw them overcome Scotland, although that of course played its part. But amid the emotion – and in the face of what should have been an intimidating atmosphere – this was a clever, clinical and cohesive performance that left no question over who deserves to face Wales in the World Cup play-off final on Sunday, and that is solely talking about sporting merit.

As Artem Dovbyk ran clear to seal Ukraine’s 3-1 win in the final seconds of stoppage time,Oleksandr Zinchenko, who played the pass, collapsed to the pitch. Dovbyk celebrated on his own in the corner – his team-mates had nothing left to give. They had left it all out there to claim a victory that is worth more than football. In the corner of Hampden, the Ukraine fans who had supported their team so proudly came together to salute the players who were the heroes on the field.

Ukraine’s head coach Oleksandr Petrakov let out a roar that spoke of the importance of the occasion and for his country to be victorious on this stage. He had told his team not to fear Hampden. After all, this is a team who have faced invasion and the shelling of the Russians. They were made to hang on for the victory but this was gameplan executed with cold and calculated precision. It was a remarkable performance on what was an extraordinary night.

There had been the solidarity, the warm welcome and the kind exchange of words. There was the signing of the Ukrainian anthem outside the stadium steps. Throughout the day there was camaraderie as fans gathered and mingled in Glasgow, the streets as much of a sea of yellow as blue. But there was no hiding that what a feverish crowd in Hampden had arrived for, and after the emotion of the anthems, the scrap for a chance to play for a place at a World Cup emerged from what was a wholesome start to the evening.

Ukraine were booed as they gathered for a pre-match huddle. Maybe that was unexpected too, after Zinchenko had turned to applaud the Scotland fans for their reception. But in a way that was what we wanted and, in a different way, what Ukraine deserved was to be treated the same as any other country who stood in Scotland’s way of a first appearance at a men’s World Cup since 1998. Those same boos were followed by whistles as Ukraine kept possession inside the first minute, then roars as Aaron Hickey crunched into Vitaly Mykolenko.

If it was designed to shake Ukraine up, then Scotland should not have bothered. No squad of players have been through more in this or many a year and when Ukraine found the rhythm and flow to their play after a scrappy opening 10 minutes it caught Scotland by surprise.

The difference between the teams was staggering at times. That is not meant to disparage Ukraine – a team who reached the quarter-finals of the Euros last summer. To add to the atrocities and horrors the country has lived through over the past three months, this is also a team who had not played a competitive international since November. Six of the players who started had not played a proper match since December due to their domestic league being halted. In the end, Scotland were left looking like the team who had arrived in such circumstances.

In building a thoroughly deserved two-goal lead, Ukraine zipped through Scotland and left Steve Clarke’s side appearing rigid and without a plan, other than hitting long to Lyndon Dykes. It was the poorest Scotland had played since the opening game of the Euros last summer, where they similarly fell flat amid the excitement and expectation of a rare opportunity. For all of the progress there has been under Clarke – and there has been progress over the past 18 months – this was a sobering and ultimately costly step backwards.

It could have been different after Callum McGregor pulled one back and Ukraine tired, but extra time could not be salvaged and defeat was humbling most of all. Throughout the opening hour, the gulf was clear to all those in Hampden left leaving the Tartan Army to vent their frustrations onto the pitch.

Ukraine though, for all Scotland’s inadequacy, were superb. Zinchenko is not only a player who leaves it all out there when describing the emotions of playing for his country during a war, but plays with the spirit to match his words. He was not the only excellent performer, with Ruslan Malinovski also a step above in carrying the ball from midfield. To the side, Mykolenko and Oleksandr Karavaev timed their forays forward and the one-twos left Scotland glued to the spot as Ukraine rampaged into the space.

Scotland could have no complaints, but the Tartan Army will be justified in demanding where their team had been up until their late rally. Hampden, not for the first time, was silenced by Dovbyk’s third and, for them, the thought of when another opportunity will come is not worth bearing.

There are things more important than football, however, that much has already been proved. But on one night, as Ukraine gave themselves the chance to deliver the most remarkable of stories and the centre of the their world focussed on Hampden, there was a priceless value, too, of a victory like this.