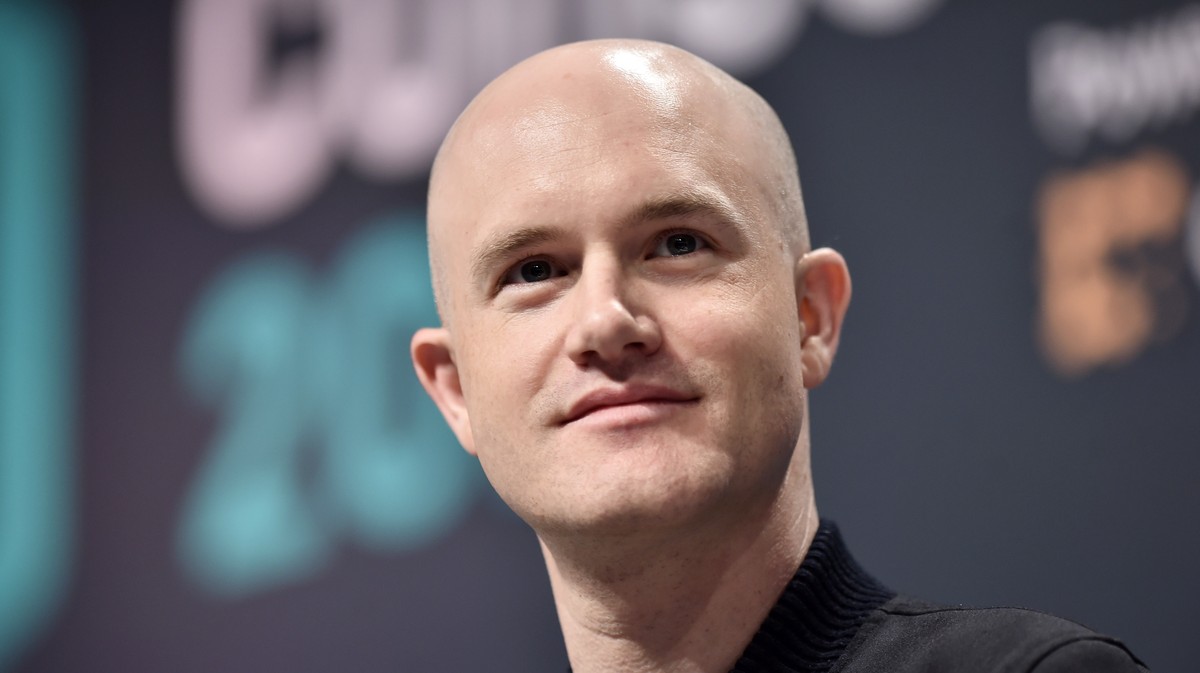 Coinbase’s stock has performed poorly since the major U.S.-based crypto exchange went public in April 2021, but it sank even further on Wednesday after posting worse-than-expected earnings on Tuesday amid a wider crypto market crash.

Coinbase fell nearly 30 percent at one point on Wednesday—this is after it fell 15.6 percent in after-hours trading following its 1Q22 earnings call. All this is part of a longer trend for the cryptocurrency exchange. Over the past five days, the stock has slumped some 55 percent, and since its IPO the stock has cratered almost 84 percent.

Coinbase reported a $20 million profit using an unaudited adjusted EBITDA metric, which excludes categories such as losses or gains on derivatives, unrealized losses or gains on foreign exchange, impairment (when the value of an asset falls below the price Coinbase paid for it), and stock-based compensation. The crypto exchange also noted that revenue fell 27 percent year-over-year to $1.17 billion—well below Wall Street projections. Usage also fell across the board since last quarter. “Retail monthly transaction users” fell 19.3 percent to 9.2 million, and  total trading volume fell 43.5 percent to $309 billion.

In a Securities and Exchange Commission 10-Q filing made late Tuesday, Coinbase also attracted attention for including risks associated with how it holds on to customer funds (“custodying” in crypto-speak), including what would happen if it ever went bankrupt.

Coinbase notes that a “failure to safeguard and manage our customers’ fiat currencies and crypto assets” could adversely impact the company’s operation and financial results.

According to the disclosure, as of March 31, 2022, Coinbase held $256 billion in custodial fiat currencies and crypto assets—the latter of which are not insured or guaranteed by any government entity. As such, Coinbase’s partnerships and business rely on “internal controls” to safeguard assets, “public confidence in our and our partners’ ability” to properly manage customer assets. Any failure to do this for whatever reason, Coinbase explains, could lead to a host of adverse impacts that harm the business, but also expose it to serious penalties, fines, regulations, or litigation.

The filing makes clear that, because Coinbase controls the private keys for funds stored on its platform, customers would not retain custody of their coins should the exchange go bankrupt. Instead, they’d need to get them back via court proceedings.

The warning sparked a flurry of commenters reminding investors of the old crypto adage: “Not your keys, not your coins.”

Chief executive Brian Armstrong took to Twitter and shared a thread close to midnight on Tuesday aimed at dousing concerns that crypto assets were not safe on Coinbase. “We have no risk of bankruptcy, however we included a new risk factor based on an SEC requirement called SAB 121, which is a newly required disclosure for public companies that hold crypto assets for third parties,” Armstrong explained.

SAB 121 outlines the serious technological, legal, and regulatory risks posed by firms that “safeguard crypto assets” and issues new guidance of disclosures such firms must make to investors about the risks inherent in the business model of safeguarding a volatile, unbacked asset used primarily for speculation. Armstrong went on to apologize for the failure to file the disclosure earlier and called the frenzied wave of fear among customers “a good learning moment for us as we make future changes.”

All that aside, the company is optimistic about its long-term prospects and sees the market downturn as a time to build.

“We also tend to see the down period as a big opportunity because we’re greedy when others are fearful,” Armstrong said on Tuesday’s earnings call. “We tend to be able to acquire great talent during those periods and others pivot, they get distracted, they get discouraged. And so we tend to do our best work in a down period.”

Several analysts cut expectations and downgraded the stock after its earnings report. Goldman Sachs analysts told clients they believed Coinbase’s stock would “struggle to outperform in the near term,” while JPMorgan analysts wrote in their own note that revenue was “below expectations across the board, while expenses ramped more quickly than anticipated to drive earnings meaningfully lower.”

In a letter to shareholders, the company anticipates next quarter will see further declines in monthly transaction users and trading volume, as well as subscription and services revenue. At the same time, it believes this is all transitory and a distraction at the end of the day. In the meantime, Coinbase wrote to shareholders, it is keeping optimistic and hoping to only lose half a billion dollars on an adjusted EBITDA basis for the fiscal year.

Keeping the faith, the company signed off its letter with “#wagmi” (we’re all gonna make it).