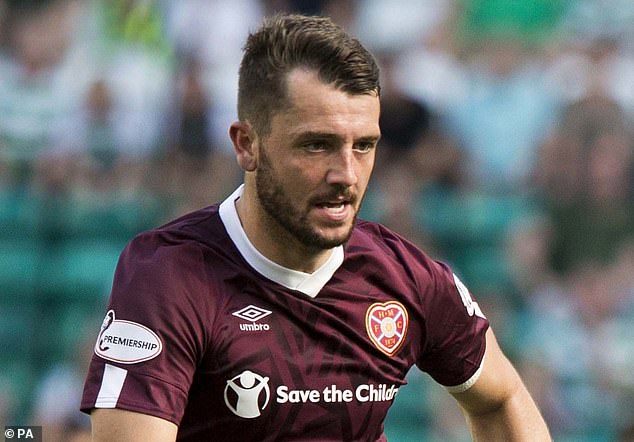 By Stephen Mcgowan for MailOnline

Hearts defender Craig Halkett has been drafted in to the Scotland squad for his first call-up.

Sunderland striker Ross Stewart is also set for a late call from Steve Clarke ahead of Thursday night’s friendly with Robert Lewandowski’s Poland.

Capped just once at under-19 level 26-year-old Halkett has forged a productive partnership with Rangers-bound teammate John Souttar as Hearts head for a third place finish in the SPFL Premiership.

Injuries to Souttar, Liam Cooper and Nottingham Forest pivot Scott McKenna meant that Steve Clarke was left with only Grant Hanley and Jack Hendry at the heart of his defence.

It has presented a chance for former Livingston defender Halkett to claim his chance at international level.

Clarke Striker Stewart is also set to join up with the squad today after 22 goals for League One Sunderland.

Lyndon Dykes was named in the squad, but is on the way back from five weeks on the sidelines and has yet to start training with club QPR.

QPR keeper David Marshall is also a likely call-off after limping out of action. St Johnstone’s Zander Clark is a likely replacement.